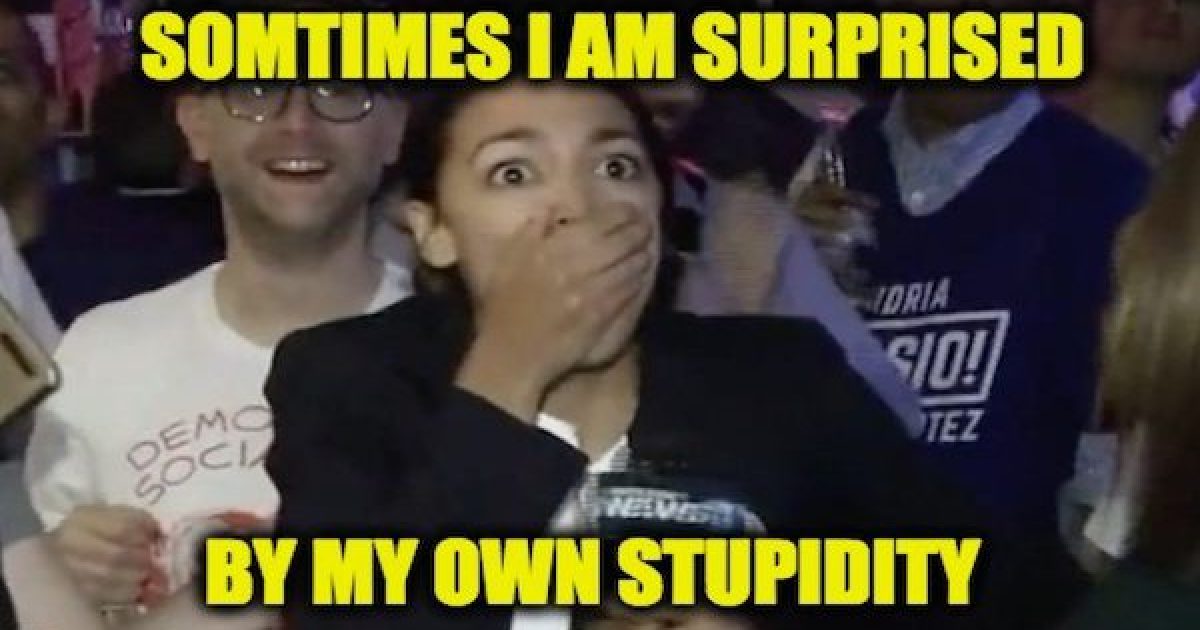 Alexandria Ocasio-Cortez should have listened to Whoopi Goldberg when she recommended: “Sit still for a minute and learn the job before you start pooping on people and what they’ve done, you got to do something.”  The new member of Congress has alienated some influential people during the three weeks since she was sworn into office and primaries may be in her future.

It’s rare for a political party to find opponents to run against one of their own in a primary.  Even more unusual for them to primary a congressional newbie who is helping the party appeal to millennials. But Alexandria Ocasio-Cortez is different. She has gone out of her way to anger incumbent Congressional Democrats, and according to The Hill, they may be looking to her back to Yorktown Heights.

Rep. Alexandria Ocasio-Cortez (D-N.Y.) has infuriated colleagues by aligning with a progressive outside group that’s threatening to primary entrenched Democrats. Now some of those lawmakers are turning the tables on her and are discussing recruiting a primary challenger to run against the social media sensation.

At least one House Democrat has been privately urging members of the New York delegation to recruit a local politician from the Bronx or Queens to challenge Ocasio-Cortez.

“What I have recommended to the New York delegation is that you find her a primary opponent and make her a one-term congressperson,” the Democratic lawmaker, who requested anonymity, told The Hill. “You’ve got numerous council people and state legislators who’ve been waiting 20 years for that seat. I’m sure they can find numerous people who want that seat in that district.”

Ocasio-Cortez has proven to have a poor grasp of many of the facts surrounding the issues she supports, but not knowing the basics of how to win friends in your own political party can kill her nascent political career (not necessarily a bad thing).

The newbie’s involvement with a group called Justice Democrats, an extreme leftist PAC that believes in primarying any Democrat who disagrees with their platform is setting her up for failure. Recently Ocasio-Cortez was featured in a Justice Democrats promotional video pushing a program to recruit other far-left progressives to run for Congress.

So far their biggest faux pas was to go after the #4 person in the House Democratic Caucus, Hakeem Jeffries did not please the Congressional Black Caucus.

Many New York and Congressional Black Caucus lawmakers were also furious with Ocasio-Cortez after a recent Politico report stated she and the grass-roots group aligned with her, Justice Democrats, were considering backing a primary challenge to fellow New York Democrat Hakeem Jeffries, a Black Caucus member and establishment insider who succeeded Crowley as caucus chairman.

Both Ocasio-Cortez and Justice Democrats have denied the report, but the group of insurgent progressives has vowed to target centrist Rep. Henry Cuellar (D-Texas) and is eyeing other potential 2020 targets.

Cuellar’s been in Congress since 2004 and is an active member of the House Hispanic Caucus. Naturally, the Hispanic Caucus is not happy that Ocasio-Cortez and her Justice Democrats are recruiting far left Democrats to primary Cuellar.

Not all the opposition against the new Congresswoman is based on politics, in at least one case–it may be personal.

No potential challengers to Ocasio-Cortez have yet emerged. But one New York political insider noted that the Queens and Bronx district is home to many ambitious pols who are close to Crowley and don’t like that a political outsider took his seat.

“She’s pissing off a lot of people and has probably made a lot of enemies. … A lot of people who are furious with her are Joe’s allies, including some named Crowley,” said the insider, referring to Crowley’s cousin, Elizabeth Crowley, a former New York City councilwoman. “She is a woman. She’s been moving more to the left. She would be someone interesting.”

Any internal party fight against Alexandria Ocasio-Cortez would be interesting. And if she is sent back to whence she came, she will become a textbook example of how leftist extremism is creating a Democratic Party civil war.