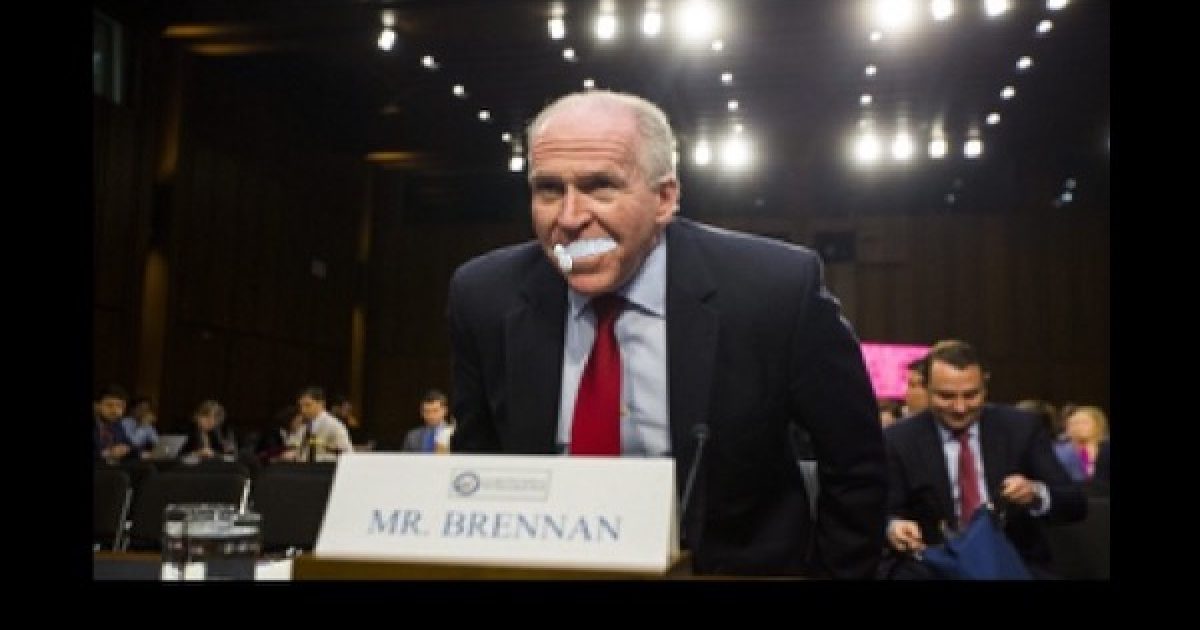 On Sunday, President Trump wrote on Twitter that he would be ordering an investigation into allegations that the FBI and/or the DOJ spied on the Trump campaign for political purposes. Trump’s call for an investigation led liberals to go foaming at the mouth crazy.

Keep in mind the president didn’t come up with the idea his campaign may have been spied on, it was the progressive bibles, The NY Times and the Washington Post. Two months before the Times and Post, the story was actually broken by Chuck Ross at the Daily Caller. In his March 2018 report, Ross even outed the “spy” Cambridge Professor Stefan Halper. But the story didn’t really build until it was picked up by the liberal media. By Sunday the “spy story” was everywhere, and the president demanded answers:

I hereby demand, and will do so officially tomorrow, that the Department of Justice look into whether or not the FBI/DOJ infiltrated or surveilled the Trump Campaign for Political Purposes – and if any such demands or requests were made by people within the Obama Administration!

Seems like a reasonable request, but liberals claimed that President Trump made up the spy story and did so to hurt the Mueller investigation.

It started with the former CIA Director who is also a perjurer:

Senator McConnell & Speaker Ryan: If Mr. Trump continues along this disastrous path, you will bear major responsibility for the harm done to our democracy. You do a great disservice to our Nation & the Republican Party if you continue to enable Mr. Trump’s self-serving actions. https://t.co/uAhgL6wfIC

BTW as my friend, Adam Baldwin pointed out to Brennan we aren’t a democracy:

Why are you so concerned? What are you all so afraid of? These continued veiled threats, disinformation and ideological opposition is the true danger to our democracy. The disservice is the undermining of @realDonaldTrump a duly elected president and the people of the U.S. https://t.co/qvxY2k5D5B

Adam Schiff (D-CA) not only forgot where the story came from but seemed to be angry he didn’t get the chance to leak it first. Schiff withdrew his head from former president Obama’s butt long enough to tweet.

Trump’s claim of an embedded “spy” is nonsense. His “demand” DOJ investigate something they know to be untrue is an abuse of power, and an effort to distract from his growing legal problems. Never mind that DOJ has warned that lives and alliances are at risk. He doesn’t care. https://t.co/c1itPmiHnv

Former presidential Candidate Evan McMullin, who refuses to return to the obscurity he so richly deserves, added:

The president signaled today that he’ll use his power to interfere with the Russia investigation, forcing justice officials to choose between him and the rule of law. We’re entering a dangerous period with a pacified Congress and so we must prepare ourselves to respond civically.

Joe Scarborough called it a Trump conspiracy, even though Trump had nothing to do with creating the story.  But then again if Trump cured cancer, Joe would complain that he caused over-population.

BINGO.
Rosenstein’s statement asks a question that answers itself. And Trump’s conspiracy theories are what get damaged in the end. https://t.co/yK2tbf3g31

The President cannot order, demand, or communicate with DOJ, particularly in matters relating to pending investigations or criminal or civil cases. Our country is on a crossroad. Let us pray Sessions and Rosenstein respond courageously. https://t.co/CofRkZZeHL

In her defense, Sen. Feinstein is a Democrat thus she isn’t required to read or understand the U.S. Constitution.

Eric Holder the only Attorney General ever to be cited for contempt of Congress tweeted:

Trump demand for DOJ investigation is dangerous/democracy threatening. DOJ response is disappointing.There is no basis/no predicate for an https://t.co/UZn0rCUpcK’s time to stand for time honored DOJ independence.That separation from White House is a critical part of our system.

Man, you guys are getting jumpy. Lawyer up dude. https://t.co/r2GH8uwrNl

The most amazing part of these tweets is that most of these Trump-haters immediately believe stories from the NY Times and Washington Post when they disparage the President.  But because the spy story is one that may help the POTUS, it becomes a Trump-conspiracy theory and something he can’t demand the Justice Dept. to investigate.

Why are the liberals so afraid of an investigation?