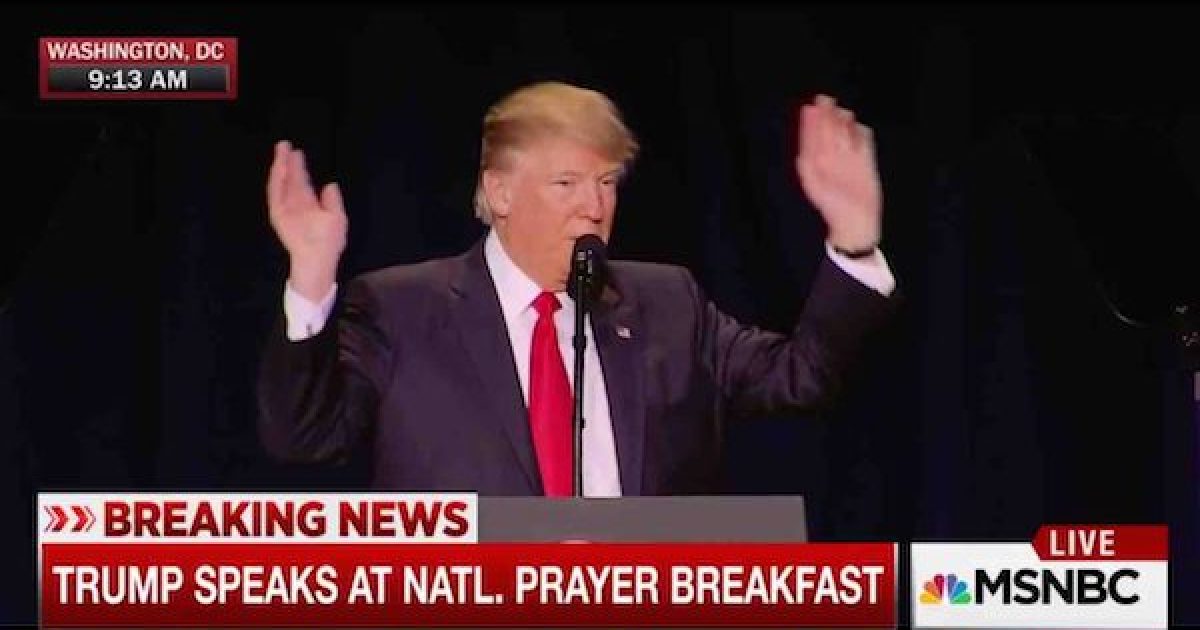 Last week President Trump gave an impassioned speech at the National Prayer Breakfast where he called Americans to give thanks for God’s providential hand of mercy on our nation.

“That is why the words ‘Praise be to God’ are etched atop the Washington Monument and those same words are etched into the hearts of our people. So today we praise God for how truly blessed we are to be American,” the President said.

Later, the White House released a memo extolling all of the brilliant work the President has done on behalf of America’s faith community.

On Standing up for religious liberty:

STANDING UP FOR RELIGIOUS FREEDOM: In his first year in office, President Trump has taken strong action to restore the foundational link between freedom and faith in the United States of America.

On making Religious Liberty a Priority:

PRIORITIZING RELIGIOUS FREEDOM IN THE ADMINISTRATION: President Trump has issued new policies to ensure religious freedom is a priority throughout the Federal Government.

PRESERVING THE SANCTITY OF LIFE: President Trump has stopped the attack on pro-life policies, implementing policies to enshrine sanctity of life as an American value.

The Trump administration has indeed worked hard to curry the favor of the faith community in America, and that work can be seen particularly in their efforts on abortion and on the administration’s defense of religious liberty.

Hopefully, the rest of President Trump’s tenure continues to be as favorable to our nation’s faith community.