Which President Is The Worst For Press? 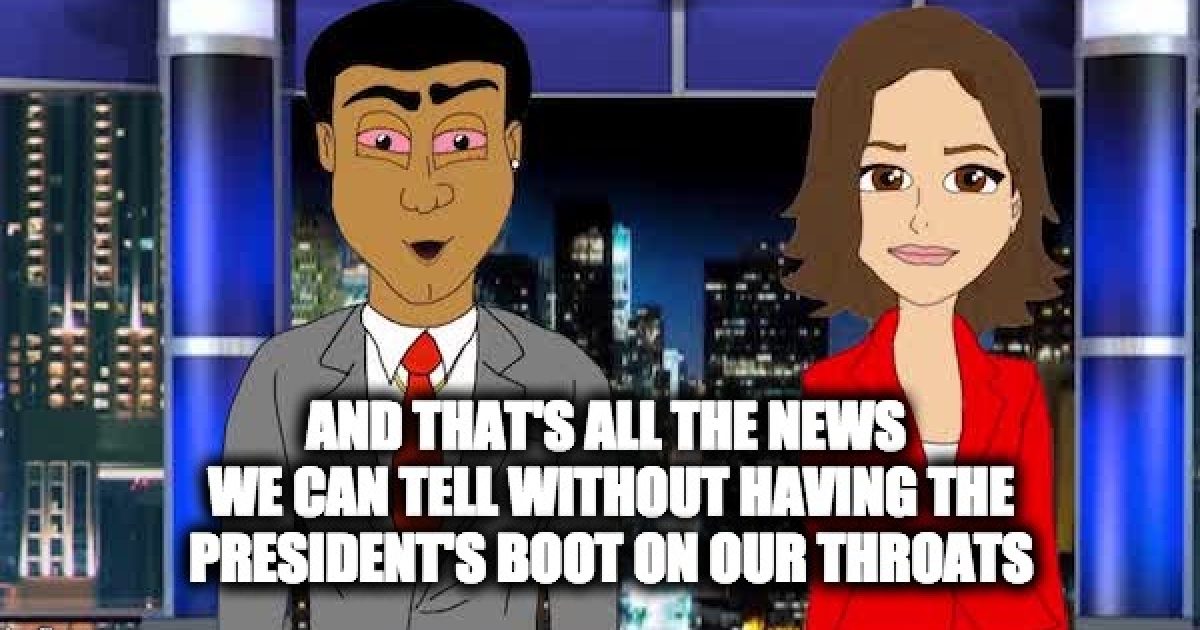 It felt like a trip on Dr. Emmett Brown’s “Back To The Future” DeLorean on Friday as former President Barack Obama hit the campaign trail with a speech at the University of Illinois. And just as they did during the eight years of his presidency, instead of confronting his lies and hypocrisy, the mainstream press adored each word like it came down with Moses from Mount Sinai.

Much of what he said was untrue, or at best hypocritical. One example was when he claimed that unlike Trump, he was a proponent of the free press, “I complained plenty about Fox News, but you never heard me threaten to shut them down or call them enemies of the people.”

Actions speak louder than words, and while he may have never called the press the enemy of the people, he surely treated them like they were. Obama was one of the worst presidents ever for the free press.  In 2014 USA Today Washington Bureau Chief Susan Page, speaking at a White House Correspondents’ Association (WHCA) seminar, Page called the Obama White House not only “more restrictive” but also “more dangerous” to the press than any other in history.

My favorite Obama administration free press moment was during his first term when V.P. Biden held a conference on transparency, but reporters were not allowed to attend.  But many of the Obama anti-Press moments were much more severe. For example, when he went after James Rosen of Fox News.

FBI leak investigations usually focus on the leaker, not the reporter. But, during the Obama administration, federal prosecutors secured a warrant to examine Mr. Rosen’s personal e-mails, arguing that “there is probable cause to believe” Mr. Rosen is “an aider and abettor and/or co-conspirator” in the leak.

Though Mr. Rosen was not charged, the FBI request for his e-mail account was granted secretly in late May 2010. The government was allowed to rummage through Mr. Rosen’s e-mails for at least 30 days. The Feds even seized the phone records of Rosen’s parents.

At the time the very liberal Washington Post reporter Dana Milbank called it a “flagrant an assault on civil liberties” and a “dangerous precedent.”

Major Garrett, CBS’s chief White House correspondent, asked Obama press secretary Jay Carney: “The subpoena says James Rosen is a potential criminal because he’s a reporter. Is the White House comfortable with that standard, never before seen in a leak investigation?” Carney replied: “We need to make sure that leaks are not tolerated because leaks—they can endanger the lives of our men and women, and endanger our national security—need to be taken very seriously.”

Obama’s Department of Justice also spied on the Associated Press. They secretly obtained phone records for AP’s reporters and editor, including home phones and cell phones of individual journalists.  The documents taken by the DOJ included outgoing calls from both the work and personal phone numbers of reporters, as well as the general phone lines for AP bureaus in New York, Washington and Hartford, Conn., and also number used by AP reporters in the House of Representatives.

In November 2013, McClatchy reported, that “the nation’s largest news organizations lodged a complaint against the White House for imposing unprecedented limitations on photojournalists covering President Barack Obama, which they say have harmed the public’s ability to monitor its own government.”

In 2014 the Obama administration hatched a plan to illegally put government bureaucrats inside TV stations and newspaper offices to monitor their activities As the Washington Examiner explained:

“But under the Obama administration, the Federal Communications Commission is planning to send government contractors into the nation’s newsrooms to determine whether journalists are producing articles, television reports, Internet content, and commentary that meets the public’s ‘critical information needs.’ Those “needs” will be defined by the administration, and news outlets that do not comply with the government’s standards could face an uncertain future. It’s hard to imagine a project more at odds with the First Amendment.”

“If the FCC goes forward, it’s not clear what will happen to news organizations that fall short of the new government standards. Perhaps they will be disciplined. Or perhaps the very threat of investigating their methods will nudge them into compliance with the administration’s journalistic agenda. What is sure is that it will be a gross violation of constitutional rights.”

While it is true that President Trump tweets and says bellicose messages about the press, especially when they report falsehoods (which happens often) but in the end, they are just nasty words. The Obama administration, on the other hand, took actual threatening actions against the press. And actions speak much larget then words.

While the press complained about Obama’s anti-press actions, they were without a doubt to a much smaller extent than their complaints about President Trump’s words.

In 2015 NY Times’ James Risen said the Obama administration was, “the greatest enemy of press freedom that we have encountered in at least a generation,” and that the White House seeks to control the flow of information and those who refuse to play along “will be punished.”

“I plan to spend the rest of my life fighting to undo damage done to press freedom in the United States by Barack Obama and Eric Holder,” Risen continued in another tweet. “My son is a reporter. I don’t want him to have to live in a country where there is less press freedom than when I started as a journalist.”

His colleague David Sanger, chief Washington correspondent for the Times, said, “this is the most closed, control-freak administration I’ve ever covered.”

It is true that Barack Obama never called the press, the enemy of the people, but in 2015 former CBS News reporter Sharyl Attkisson who claimed her computer was bugged by the Obama administration told a Senate hearing that Obama officials treat investigative journalists and their sources like “enemies of the state.”

Actions speak much louder than words, and while I do wish President Trump would tone down his rhetoric because it takes attention away from his many successes, in the end, they are just words. On the other hand, former President Obama used the FBI and DOJ as tools against the press. Obama’s words on Friday were just another lie of his, and as usual, the mainstream media simply adored his every word, refusing to confront the man who treated them so poorly.

As the character Big Daddy says in the Tennessee Williams play “Cat on a Hot Tin Roof,” There ain’t nothin’ more powerful than the odor of mendacity!  And what Obama said on reeks of that odor.