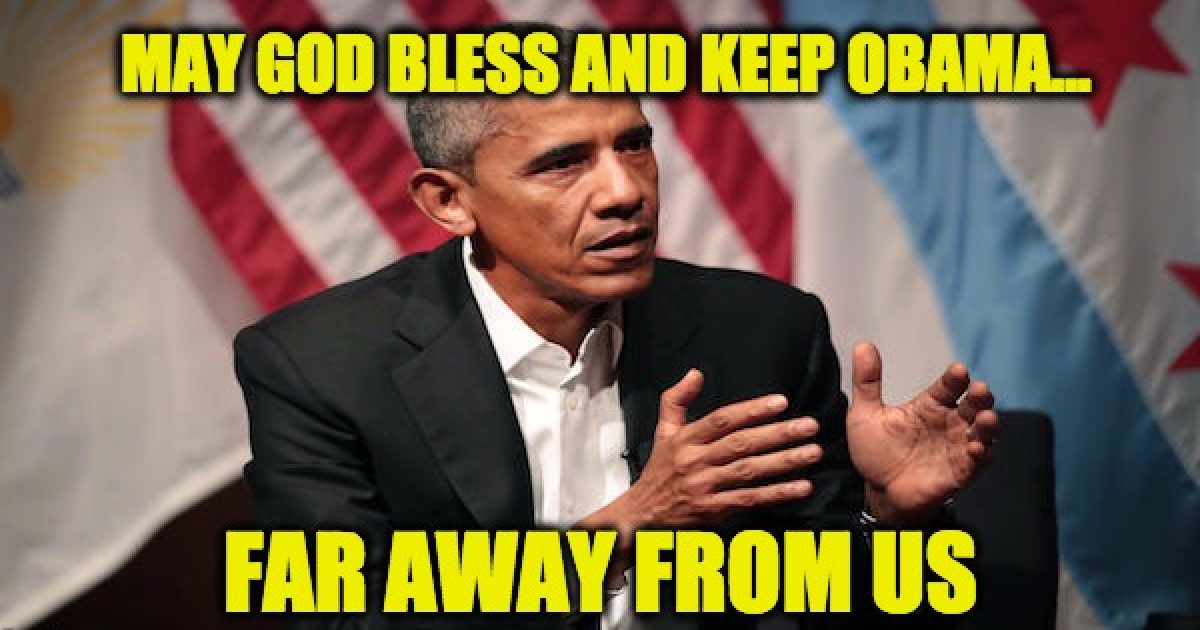 Former President Barack Obama has not taken to civilian life with the grace and gusto that the Democrats would like you to believe he has. From the moment that the Democratic Party deity realized that he would soon be relegated to life as a regular American Obama seemed to be formulating a plan to avoid leaving his political life behind.  Not only did the entire former First Family purchase posh new digs in an affluent D.C. suburb (with a ten-foot wall), but Barack Obama himself was found to be harboring a dozen-strong team of political operatives whose clandestine purpose was revealed to be “keeping tabs” on the newly-elected President Trump.

This sort of unhealthy longing for days gone by has inspired more than a few formerly powerful individuals into a sad and lonely world of forceful reminiscence and nauseating nostalgia.  In the case of former President Obama, however, it is quite simply turning the stomachs of those who believed that we had seen the last of the catastrophic Commander in Chief.

Now, as if to add insult to injury, Barack Obama has emerged once again, this time to lament the American people’s wish that his horrendous healthcare plan be repealed and rescinded immediately.  In a statement made by the former President, it has also become crystal clear that he downplaying his wanton desire for the spotlight, even going so far as to feign “annoyance” at his unnecessary public appearances.

“‘When I see people trying to undo that hard-won progress for the 50th or 60th time,’ he said, ‘it is aggravating.’

“‘It’s certainly frustrating to have to mobilize every couple months to keep our leaders from inflicting real human suffering on our constituents,’ he added. ‘But typically, that’s how progress is won, and how progress is maintained.’”

Obama’s obliviousness is downright insulting to the American people who wholly rejected his disastrous healthcare plan in November by electing Donald Trump to specifically dismantle it.

Yet, this is nothing new for the Democrats, who have selfishly ignored the pleas of We The People for the better part of a century.  The presidential contest of 2016 was quite obviously a referendum on the last 8 year’s worth of failed Obama policies, yet, here he stands on the sidelines, hurling unkempt and unethical insults in the general direction of the man America chose to clean up his mess.

But Mr. ex-president don’t feel frustrated, feel free to go away, you were a lousy president who didn’t care about the wishes of the people.  We don’t miss you. Anyone who listened to President Trump’s UN speech knows why it is great you are out of office. There was no apology for America, there was no kissing up to Iran, or North Korea, he called terrorists what they were–radical Islamist terrorists, heck he didn’t even crap all over Israel which was one of your favorite activities.  So go home, back behind that ten-foot wall you have around your house (but you don’t want us to build on our southern border) and stay there. You should live and be well and stay….far away from us. You are not missed.