Were 2020 Polls Akin To Suicide Notes? 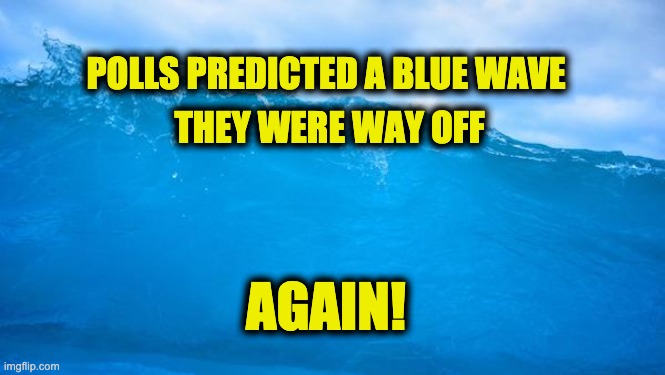 A wise man once said to me “polls are like pornography, I know I shouldn’t look at them, but sometimes you can’t help yourself. political polling dead.

The results of a highly contentious race between President Trump and Democrat nominee Joe Biden have Luntz feeling a little dismayed, especially when polls seemed to be indicating an easy win for the challenger for months.

“The political polling profession is done,” Luntz told Axios earlier today. “It is devastating for my industry.”

In a separate interview with Fox News, Luntz said it is “unforgivable” that public opinion surveys failed to correct the mistakes of 2016 and again underestimated support for President Trump.

.⁦@FrankLuntz⁩: “The political polling profession is done. It is devastating for my industry." #2020 #2020Elections https://t.co/BNcogJkoOl

Luntz attempted to explain away the huge misses by several prominent polls in the 2020 election.

Mainly, that supporters of the President love to mess with those conducting the surveys.

“Trump voters are hostile to pollsters because they think the pollsters want to make them look bad.  They wear it as a badge of honor that they refuse to cooperate and refuse to be interviewed,” he asserted.

“As a result, measuring the breadth of support for Donald Trump is tricky,” Luntz claimed. “But to get it wrong twice in a row by huge margins is unforgivable.”

‘If Donald Trump wins the election we are done. No one will trust us again.’

Could the polls be wrong again?

US pollster and GMB election night expert @FrankLuntz explains why the election is so unpredictable right now.

Public flogging of feckless pollsters was the theme throughout election night as vote count after vote count, prediction after prediction proved their incompetence.

Bevan tweeted “Great job” while listing six battleground states in which the polls were off on support for Biden by wide margins.

NYT/Siena, rated an A+ pollster by 538, overestimated Biden's support by:

Note: While Tom Bevan’s condemnation of pollster results is accurate, he deserves condemnation himself for the #fakenews story he ran in Real Clear Investigations accusing Victoria Coates of being the anonymous creep betrayed the Trump administration. The real Anonymous has been outed, and Bevan, as of yet, hasn’t publicly apologized.

Radio host Buck Sexton joked that the title of “pollster” has as much clout in today’s political world as “journalist” or “fact-checker.”

Univision suffered a particularly embarrassing shaming for missing the mark on Cuban support for President Trump in Florida.

It's early, but it's worth noting that Univision Network teamed up with Joe Biden's Latino pollster to claim Trump was *LOSING* Cubans by 15.

Univision's poll was off by 55 pts.https://t.co/fN2aRcvmMY

Sean Davis, a co-founder of The Federalist, blasted Quinnipiac as a “garbage” firm after they were off in Ohio by 12 points.

Quinnipiac, which is a garbage pollster, said Biden would win Ohio by 4 points. Trump won it by more than 8 points. https://t.co/Oe6yfiIQSU pic.twitter.com/XJSYfpg22s

Even Yoko Ono’s kid seemed to grasp the pollsters’ failure, smacking them with a ‘learn to code’ blast.

I guess I was right that it was insane to trust the polls after what happened in 2016. I should go find the tweet. I wonder what all those people pollster pundits will learn to code?

Luntz admitting that the pollsters ‘got it wrong twice in a row by huge margins’ is an important thing to note.

After all, he hinted earlier in the week that this couldn’t possibly happen, and if it did, it would mean the end of his profession.

“Well, I hate to acknowledge it because that’s my industry — at least partially — but the public will have no faith. No confidence. Right now, the biggest issue is the trust deficit,” he explained prior to ballots being cast.

“And pollsters did not do a good job in 2016,” Luntz admitted. “So if Donald Trump surprises people, if Joe Biden had a 5- or 6-point lead, my profession is done.”

GOP pollster Frank Luntz says, that if Trump wins, "it would be the complete and utter destruction of the polling industry – at least in politics." pic.twitter.com/cvprdpq7Hp

While President Trump hasn’t won the election and may not, in the end, the polling professionals clearly got things wrong once again.

Trump clearly outperformed their estimates in nearly every crucial state.

And it wasn’t only the presidential race. The political pollsters suggested that the Democrats will increase their lead in the House of Representatives and take the Senate. Both predictions were wrong. If Joe Biden wins the election, a GOP Senate and a shrinking Democratic margin in the House will enable the Republicans to block the most radical parts of the Democratic agenda.

Most of this post was first seen in the  Mental Recession.