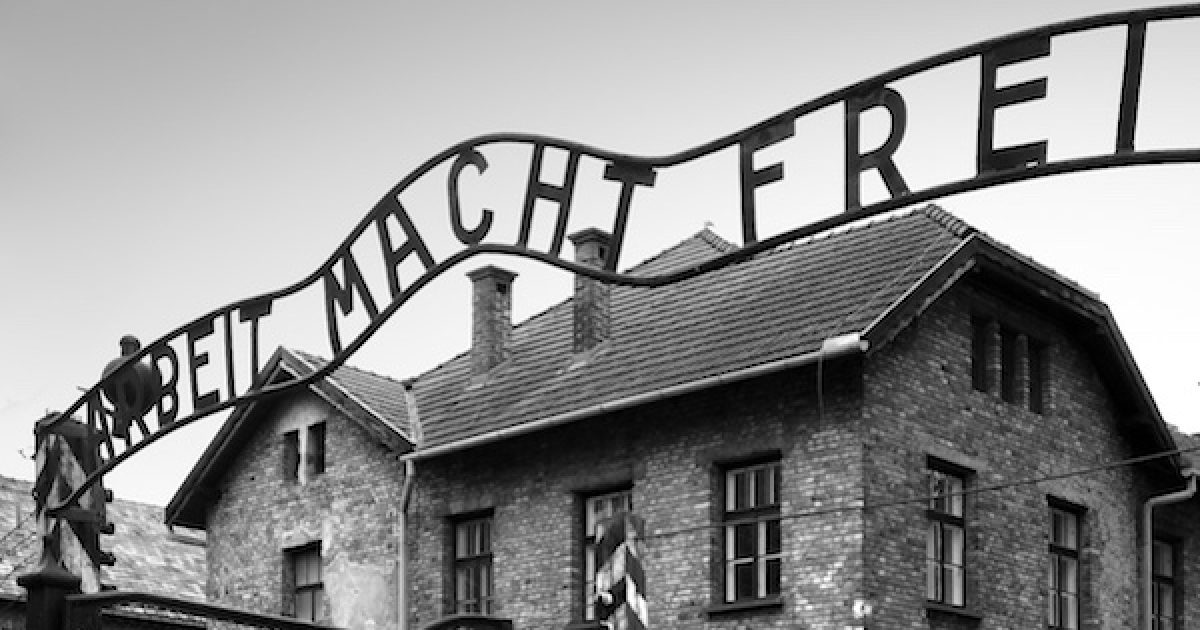 Appearing at the Munich Security Conference in Germany, Polish Prime Minister Morawiecki was questioned by an Israeli journalist who told of his mother’s narrow escape from the Gestapo in Poland after learning that neighbors were planning to denounce them. Then referring to the new Polish Law making it illegal to accuse Poland of complicity in Nazi crimes. The Journalist asked if he told that story in Poland would he be a criminal?

Jewish perpetrators? That’s new. Well, perhaps not in Poland. Despite the what the government claims Poland remains one of the most anti-Semitic countries in the world.

Not the least example is the new Polish law which denies the truth and makes it illegal for people to claim that “the Polish Nation or the Republic of Poland is responsible or co-responsible for Nazi crimes committed by the Third Reich.” The law carries with it a possible prison sentence of up to three years. The Polish parliament passed the law last month, on the International Holocaust Remembrance Day.

Per a report by the Associated Press the debate over the new law has increased Antisemitism in Poland:

“A conservative party, Law and Justice, won power in Poland vowing to restore national greatness while also stressing an anti-Muslim, anti-migrant message. Jews – whose presence in Poland goes back centuries – were increasingly the targets of verbal hate on social media.”

“Matters escalated a few weeks ago when Israeli officials sharply criticized new Polish legislation that criminalizes blaming Poland as a nation for crimes committed by Nazi Germany. They accused Poland of seeking to use the law to whitewash the role of the Poles who helped Germans kill Jews during the war.”

Not all Poles helped the Nazis kill Jews during the Holocaust but too many did.There are accusations that the people who lived close to Auschwitz and other death camps in Poland had to know what was going on, at the very least had to smell the stench of death, but those accusations cannot be proven.

What can be proven were the times Poles, joyfully joined in on killing Jews such as the massacre in the town of Jedwabne in summer 1941, where approximately 1,600 Polish Jews were locked in a barn by their neighbors and the barn was set on fire.  Or the pogrom in May 1942, non-Jewish residents of the town Gniewczyna Łańcucka held hostage some two to three dozen local Jews. Over the course of several days, they tortured and raped their hostages before finally murdering them. The Polish Center for Holocaust Research in Warsaw estimates that as many as 200,000 Jews died at the hands of Poles, or because Poles identified them as Jewish to the Nazis, during the war.

On the other hand, the Polish Government in exile tried to help the Jews in their country, they were also one of the first to warn the world of Hitler’s Final Solution.  But to say Poland was blameless is absurd as saying all Poles were collaborators.

The controversy over the law and the history of Poland during the Holocaust is increasing hatred of Jews in the country.

“Amid Israeli criticism, a prominent Polish right-wing commentator used an offensive slur to refer to Jews. Rather than being punished, he was welcomed on TV programs, including a state television talk show where he and the host made anti-Jewish comments, including jokes about Jews and gas chambers.”

The negative comments just kept on coming. A Catholic priest said on state TV that it was hard to like Jews, and his words were then quoted by the ruling party spokeswoman. An adviser to the president said he thought Israel’s negative reaction to the law stemmed from a ‘feeling of shame at the passivity of the Jews during the Holocaust.’

But the hatred of the Jews is not new. An unspoken part of the controversy over the Holocaust law and the Prime Minister’s statement is that Antisemitism has been part of Polish culture since the Nazis took over the country.

Per a report was written by David Engel and published by Yadvashem.org, “Jews had been subjected to deadly violence at Polish hands almost continuously (albeit with fluctuating intensity) ever since the first postwar Polish territories were wrested from the Nazi occupiers… The hostile climate of feeling toward Jews in Poland following the liberation was, in short, so highly volatile and was fed by such a variety of motives that violent anti- Jewish attacks could break out virtually any place, at any time, under any conditions, and with no provocation whatsoever.

The current wave of discrimination comes just weeks before the 50th anniversary of an anti-Semitic campaign orchestrated by Poland’s communist regime in March 1968. That campaign began with rhetoric eerily similar to the things being said today and ended up with 20,000 Jews forced to relinquish their possessions and their Polish citizenship and flee the country.

According to a 2015 survey by the ADL, thirty-seven percent of Poles have anti-Semitic attitudes.  The way one was placed in that 37% is answering probably true to the majority of the anti-Semitic statements below. Next to the statement is the percentage of all Poles who believe that one statement to be true:

For over a thousand years prior to the Holocaust, Poland was an oasis for Jews in Europe. Except for the times the country was taken over by anti-Semitic Tsarist Russia, Poland was a nation where Jewish people, learning, and culture thrived, and where Jews were accepted by the non-Jewish population.

“that opposition to the Holocaust law was a cover for Jews wanting money from Poland, a reference to reparations that international Jewish organizations seek for prewar Jewish property seized by the communists.”

“Anna Chipczynska, the head of Warsaw’s Jewish community, said members feel psychologically shaken or even depressed, and that the hostile rhetoric has triggered hateful phone calls and emails and other harassment.”

“In recent events, two men tried to urinate in front of Warsaw’s historic Nozyk Synagogue and then shouted obscenities when security guards intervened. One Jewish community member found a Star of David hanging from gallows spray-painted outside a window of his apartment. A woman found the word “Zyd” – Polish for “Jew” – written in the snow outside her home.”

Beginning with the Holocaust,  attitudes toward Jews by the rest of the Polish population deteriorated to the point where even with the Nazi’s gone, even with the communists gone, almost 40% of Poles have anti-Semitic beliefs.

The Polish Government claims their Holocaust law is not an example of holocaust revisionism, nor is it anti-Semitic.  The government has also defended its Prime Minister’s comments, saying he did not intend to deny the Holocaust nor did he allege that Jewish victims bore responsibility for “Nazi German-perpetrated genocide.”

It’s time for the Polish Government to face the reality that the law and the premier’s statement are based on the country’s Antisemitism. After a millennium of being an oasis for Jews in Europe, Poland is just another Jew-hating country.

CNN and MSNBC views prove they are low IQ humans
May 15th, 2021 The Joe Messina Show

The Liz Cheney moment, and the moving on therefrom
May 15th, 2021 Liberty Unyielding