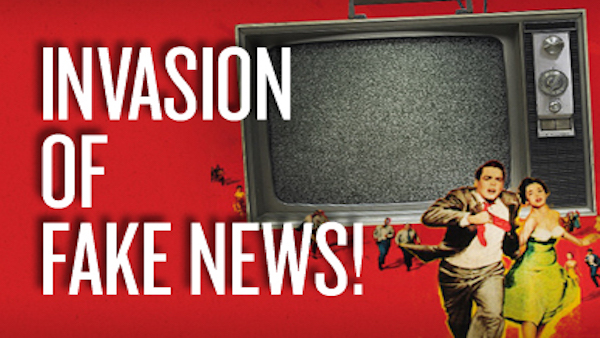 Numerous reports in the liberal media are saying that poison control calls are up after Trump’s statement about disinfectant and bleach. Once again, it’s “factually inaccurate.” The media is using deceptive videos and false statements to make it look like Trump was at fault. In some cases, the calls are up, but they’ve been up ever since the COVID-19 crisis began and long before Trump’s remarks.

“Other media outlets used the number of calls to Poison Control in March to knock Trump, Nolan Brown reported. An article from WDRB about a “spike” in calls to Poison Control was published the day after Trump’s comments, and while it doesn’t specifically mention those comments, it does include a video that tacks what Trump said onto the end of the same report. Further, the numbers included in WDRB’s report are from March, long before Trump’s April 23 briefing.

WCIA in Illinois also blamed Trump for two calls to the state’s Poison Control hotline for misusing cleaning products. The outlet mentioned Illinois Poison Control spokesperson Danny Chun flat out saying the calls were nothing new and that calls to the hotline had increased by 36% during the pandemic.

Fox 5 in Baltimore also decided to publish an article the day after Trump’s comments about an increase in calls to Poison Control, which included information from ‘the past six weeks.’“

At the end of March, the CDC released a report showing that people were being exposed more to harmful toxins (see chart below). The report compared Jan-March for a three year period with 2020 ending twenty-three days before Trump’s statement. Never fear, however, the fake news media was on a bash Trump roll and blamed him for the March report even though his remarks were in April.

We are amid a pandemic. People are using all sorts of cleaners right now in an attempt to stave off the coronavirus. Wouldn’t it be logical to have the number of calls be up anyway just because of that?

The state of Washington issued a press release about people using cleansers on April 20th, three days before the President’s remarks:

Heck, even Chris Cuomo’s wife bathed in bleach and bragged about it on her blog.

But the news media desperately want Trump gone and use any excuse they can find to make him look stupid.

Fearing that you ingested something doesn’t jibe with having intentionally consumed that substance.

The authors of the Daily News piece, Anna Sanders and Chris Sommerfeldt, try to circumvent this inconvenient fact by noting that over the same time period in 2019, the Poison Control Center “only handled 13 similar cases.” And while this time, nine calls were about possible Lysol exposure and ten about bleach, last year’s calls contained “no cases reported about Lysol exposure and only two were specifically in regards to bleach.”

The paper doesn’t present any other data about calls to Poison Control for comparison. But one needn’t do a detailed analysis to surmise why exposure to things like Lysol and bleach—and fears about this exposure—might be up this month over April 2019. And one needn’t reach for the ridiculous explanation that it’s because people deliberately consumed it en masse after listening to Trump. We are in the midst of a pandemic right now and we were not in April 2019. Of course more people are being exposed to household disinfectants at the moment than were during this time last year.” Elizabeth Nolan Brown

So there you have it. In an attempt to blame Trump for everything, no common sense is being applied anywhere. The media are on a roll to bash Trump for everything. And remember – he never told people to inject themselves with disinfectants or drink bleach, in fact, he said the opposite. After the fake news outcry, he has cut his briefings short. Can’t blame him a bit. Although the liberal media will blame him a lot.