Did Anarchist At The Seattle WTO Meeting Create A New Economy? 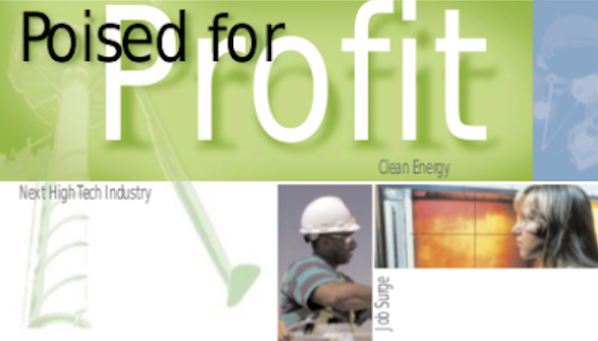 Jobs, jobs, jobs was the mantra of the political elites leading into the Seattle WTO Ministerial Conference in 1999, but the Anarchist didn’t come to talk about Smart Grids and Advanced Buildings of the future. They came to Seattle for an entirely different reason, specifically to introduce a new political tactic for social change in America. Their plan was crafted around a well-known strategy first utilized by David Brower, the narcissistic nut-job that founded the notorious Earth Island Institute as an incubator for the vilest anti-American and anti-Capitalist groups operating in America. This environmental hero took great pride in sharing one of his favorite compliments from a former EPA director “Thank God of Dave Brower. He makes it easy for the rest of us to appear reasonable.” Anarchists didn’t come to provide solutions, they were brought in to make European Socialism appear as a reasonable alternative to America’s free-market capitalism. This wasn’t some random act, it was a carefully orchestrated event conducted by the same rich white limousine liberals pulling the strings in Seattle today.

Northwest media outlets knew that Progressive bureaucrats had already begun creating Off-Budget Enterprises to ‘level the playing field’ and ‘eliminate barriers’ for money-making ventures open only to Marxists pretending to be Crony Capitalist. The Leftist leaders secretly created the Poised For-Profits Partnership, founded with revenue from 12 federal and state agencies that sought to gain monopoly control over government ‘certified’ energy efficiency products. If you’re looking for evidence of White Supremacy in America, why not start with Climate Solutions, a franchisee of the Earth Island Institute when selected by the government to conduct the Harvesting Clean Energy program in Pacific NW factories and farms. Climate Solutions worked in concert with the Northwest Energy Efficiency Alliance and Washington State University, which operated the world-renown EnergyIdeas Clearinghouse whose sole mission was to highlight the cost-effective technologies being tested by the EPA’s energy experts.

The percentage of minorities employed on the staff and boards of those government-funded non-profit groups would probably mirror the number of successful scientific research projects conducted by those so-called energy experts. Climate Solutions and NEEA were elevated to hero status by the media, which never once reported on the technical papers like the Poised For-Profits reports and Industrial Energy Efficiency study that were later utilized by the Prosperity Partnership in Seattle.

Fox Business News and CNBC haven’t provided any news coverage on the Prosperity Partnership, a purely political non-profit group that created a ‘regional agenda’ to line the pockets of corrupt politicians and billionaires by gaining monopoly control over global markets for clean energy technologies. Cultural Marxists had decided that bureaucrats would be the Captains of Industry in the New World Order, granting them exclusive rights worth hundreds of billions of dollars to market the most lucrative government invention in history; EPA ‘certified’ energy efficiency. Hard-core leftist lawyers were convinced that ‘certified’ products could provide perpetual prosperity, but first people would need to get over the fact that EPA’s unique electrical commodity lacked any type of legal definition, technical description, or mathematical formula to measure its extraordinary energy-saving claims. Its value is estimated by bureaucrats with no accountability or oversight, how cool is that?

The election of Donald Trump marketed the beginning of the end for Settled Science. Orange Man Bad turned the political world on its head by dumping Obama’s Clean Power Plan and pulling out of the pathetic Paris Climate fiasco. President Trump correctly pointed out that those policies benefited Communist China’s Road and Belt initiative far more than it helped America workers. He immediately sought to remove the Confucius Institutions from American universities, which had turned spying, theft of intellectual property and scientific research into a team sport for the bureaucrats. Leaving students struggling for survival in an intellectual wasteland.

The Natural Resource Defense Council is one of the only legal groups authorized to market the EPA’s life-giving products and services through partnerships in the Bonneville Environmental Foundation and the Green Sports Alliance. No other group of corporate lawyers has benefited more from the EPA’s cutting-edge science or would be more qualified to explain the major political differences between the energy experts of the Enron Corporation and the social justice warriors pushing the Green New Deal. Most Americans were never informed that the NRDC helped Enron gain control of Portland General Electric as a trusted ally dedicated to saving the planet from the ravages of Global Warming. Peaceful protesters have long forgotten the “Power Trades” and “Fiber Swaps” that delivered big green pay-days for corporate environmentalists, while DoJ, FBI, and State Attorney Generals stood idle for over a two-year period. Just as most Americans were kept in the dark about the Green Sports Alliance, another non-profit collaboration between NRDC and the late Microsoft co-founder Paul Allen, owner of several major league professional sports teams and venues in the Pacific NW.

The Green Sports Alliance took green social justice activism to the next level, placing athletes on the front lines of the Culture Wars that demand severe punishment for anyone that questions the authority of the mob. It’s important to understand we’re talking about economic activities, not just moral posturing. When discussing the political connections between the Green Sports Alliance and the Prosperity Partnership it should involve legal commerce, property rights and employment contracts subject to laws enacts by elected state and federal representatives. This is especially important to remember in light of the NFL’s Sport Betting operations that appear vulnerable to manipulation. How does a bookmaker set the odds on any sporting events, when the feelings of disgruntled players may be used as a legal defense for rigging the outcome of the game? Will No Peace-No Justice replace Power Trades & Fiber Swaps as a vehicle for the next generation of social justice entrepreneur?

If you think this isn’t possible, consider the recent actions of the NFL’s Tennessee Titans that joined with Nike, Amazon, and over a hundred other large corporations to threaten action against the small business community of Tennessee for actions taken by lawmakers to prohibit transsexuals in women sports programs. What are the odds those multi-national corporate leaders will fund peaceful protest against the small business communities in Tennessee that leaves a trail of destruction and misery for upsetting their tender sensibilities? If left unchecked, this corporate-sponsored violence protected by corrupt government officials will replace representative government in America. To achieve Anarchy?

Cross-Posted by request from N4mation.org