Will We Become That Socialist, Communist State That The Extreme-Left Hopes For? 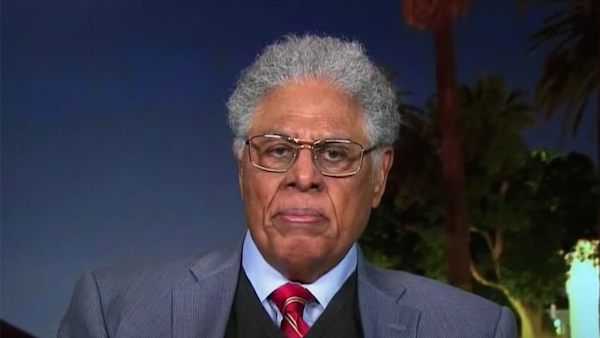 Leading conservative and economic thinker Thomas Sowell warns that the USA is “approaching the point of no return,”  and electing Joe Biden will put past that point.

He is correct. The United States has more than just pockets of madness now. And we are literally at the tipping point on the river of no return.

I never dreamed that we would come to this point, it just seems such utter madness. And what is frightening is how many people in responsible positions are caving into every demand that is made, repeating any kind of nonsense that you’re supposed to repeat. I do believe that we may well reach a point of no return.

I hope, of course, that will never happen, but there is such a thing as a point of no return. The Roman Empire overcame many problems in its long history, but eventually, it reached the point where it simply could no longer continue on. And much of that was from within, not just the barbarians attacking from outside.” Thomas Sowell to Mark Levin, July 18

The Tipping Point On The River Of No Return

Idaho has a river that was dubbed “The River of No Return.” The Middle Fork of the Salmon River is fraught with rapids, and rocks, and over the centuries it has taken the lives of people who came to Idaho to mine or even tourists. The fact is, many boats never made it to their destination – hence the name “River of No Return.”

This ‘river’ that America is traversing is riddled with danger as deadly as the rapids and rocks on the Salmon River: the media feeding people lies, violent riots, ignorant politicians who appease the crazies, power-hungry leaders whose sole purpose is control, children who have been indoctrinated with false information instead of being taught truth or skills, and a pandemic that has people at each other’s throats – it’s all in there. We are facing the perfect storm of crises. And there is no discussion, no listening, no understanding on any side.

Through his long storied career, Thomas Sowell has continually spoken out against Marxism and that’s what his point of no return is warning about.  Will our nation fight to hold the line of reason in November? Or will it give up and capitulate, a scenario that will end in a civil war, destroying the nation that our ancestors fought to create? Will we become that socialist, communist state that every dictator has hoped for?  There will be fraud, dirty tricks, and attempted manipulation of the votes. It’s up to each of us to choose wisely and be aware of every attempt against us.

“What I see is that if the election goes to Biden that there is a good chance that the Democrats will then control all three branches… the two [Houses] of Congress and the White House, and considering the kinds of things that they are proposing, that could well be the point of no return for this country.” Thomas Sowell