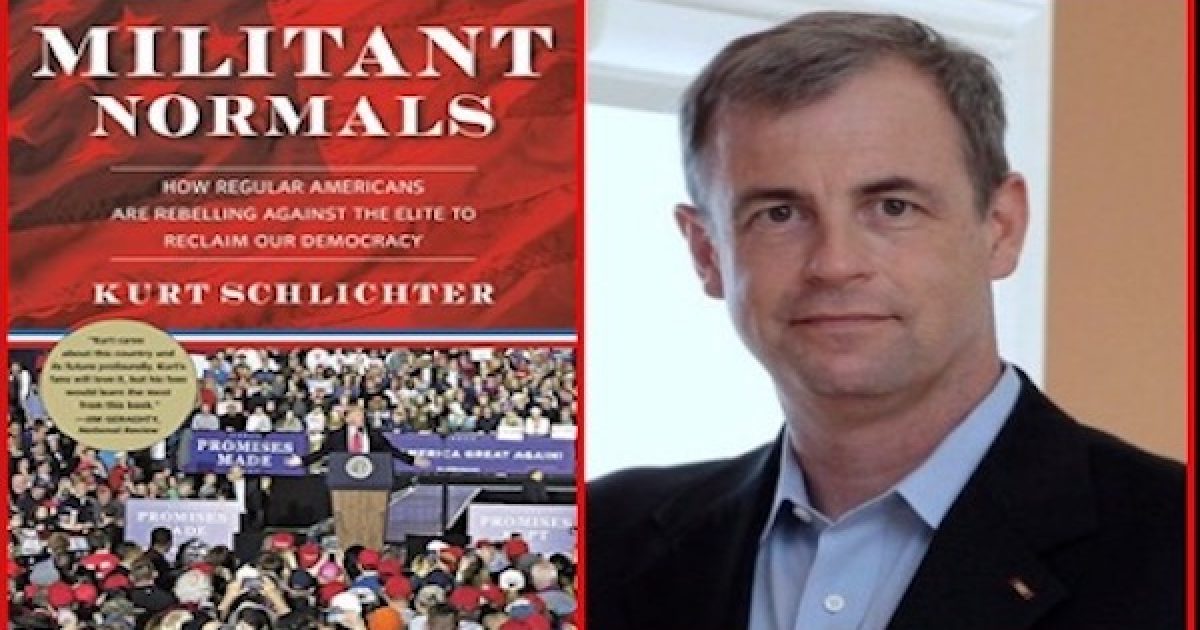 Facebook Twitter Flipboard
Kurt Schlichter
Today was a great Lid Radio Show as Kurt Schlichter, and I spoke about his excellent new book Militant Normals, and the latest happenings in America including the war against anything conservative, Judge Kavanaugh,  Rod Rosenstein and so much more much more.
You can pre-order Militant Normals at Amazon, and I recommend strongly that you do, It’s a great book.

You haven’t lived until you’ve heard or read  Kurt Schlichter expound on all things liberal — he has the knowledge, and the spine one would expect from an Army Colonel, to speak up and say the things that too many of lemming-like pundits won’t. He also has a biting sense of humor that will almost make you feel sorry for liberals—almost.

Kurt has one of the most entertainingly brutal and funny Twitter feeds (if you don’t follow him @KurtSchlichter you are missing out).

Among his other accomplishments, Kurt’s a veteran with a masters in Strategic Studies from the United States Army War College, an Infantry colonel in the California Army National Guard and a veteran of Desert Storm and Kosovo. He’s also a former standup comedian which explains his biting humor.

Click on the player below and give it a listen.

You can pre-order Militant Normals at Amazon, and I recommend strongly that you do, It’s a great book.
Facebook Twitter Flipboard