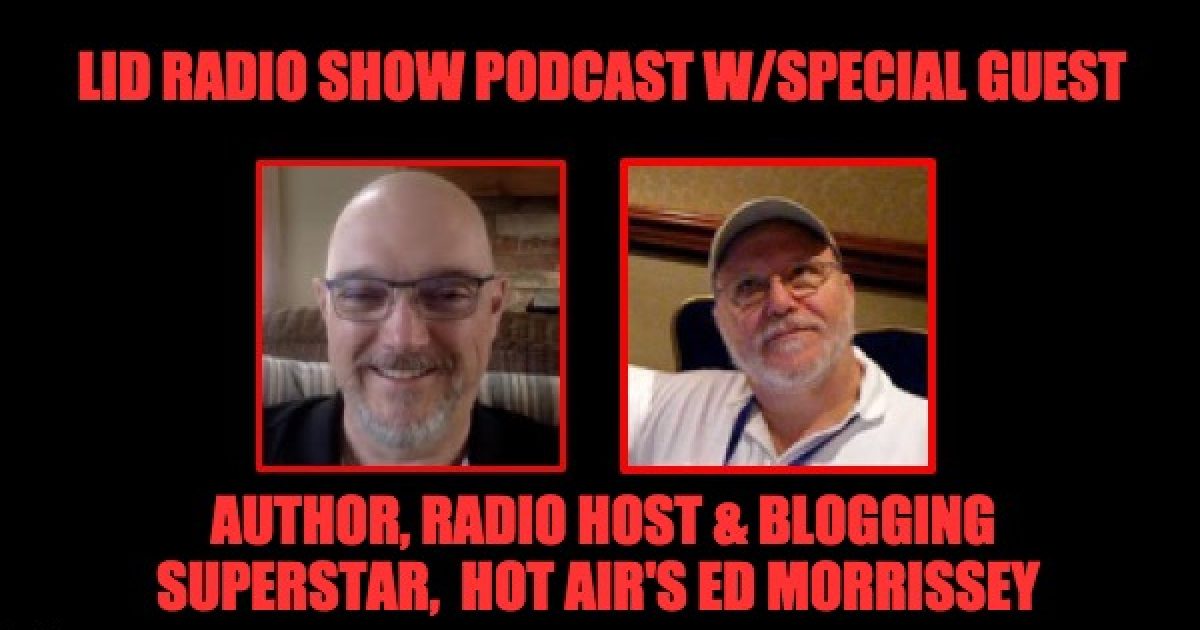 What a great show. Today’s Lid Radio Show Guest was my good friend, blogging superstar, political pundit, radio host, and author ….. Ed Morrissey.   Tuesday was a primary day, and the most interesting state was primaries were in Minnesota, which just so happens to be Ed’s home state. We spoke about whether or not Minnesota had a blue wave primary (something Ed also wrote about at Hot Air here). We discussed Keith Ellson’s victory in the Minnesota Attorney General primary along with the validity of the domestic violence charges, we discussed the Omarosa Onee Manigault Newman book and fake charges against President Trump, and so much more.

This episode is a Lid Radio Show classic, so hit the button on the player below and enjoy listening:

After every significant piece of political news, the first place I go is to is HotAir.com  to read what Ed Morrissey has to say. Ed also has a regular column in “The Week,” and has provided commentary in the Washington Post, New York Post, New York Sun, the Washington Times, and other newspapers.