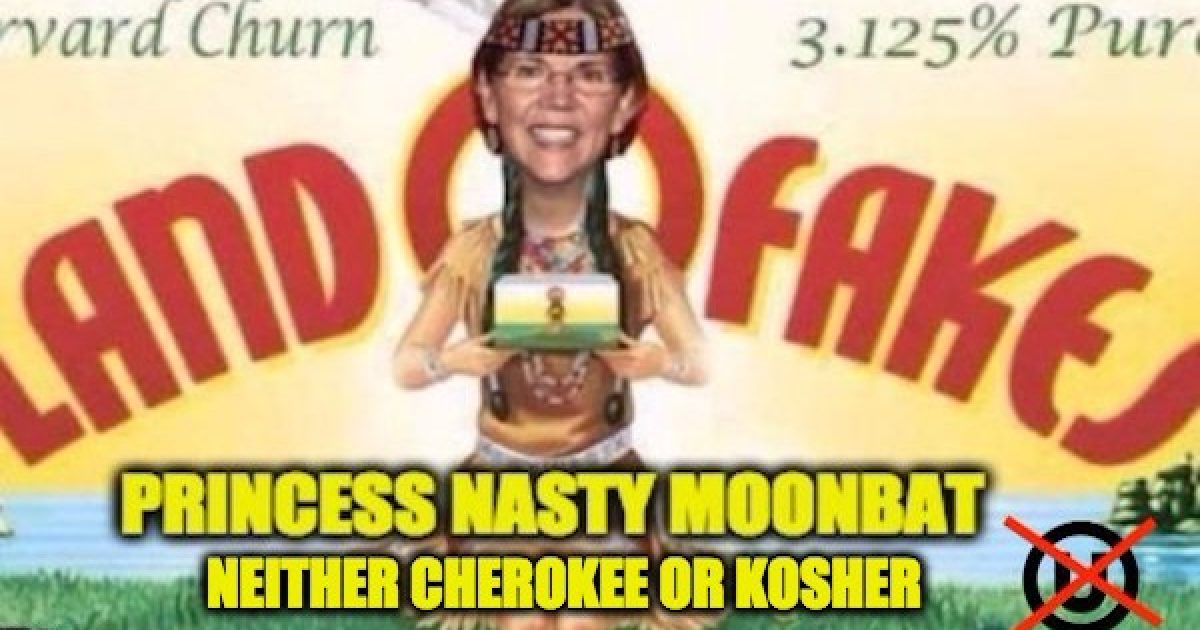 The update is a the bottom at the post.

Per the Boston Globe, the DNA test conducted by Prof. Carlos D. Bustamante of Sanford University, reports that the probability of Warren having a  Native American ancestry ranges from 1/32 to 1/1,024 which converts to a percentage range of  3.1% to .098%, much less than the 18% of the average American (see below).

Warren bases her Native American heritage on the fact that she has high cheekbones.

I still have a picture on my mantel at home, and it’s a picture my mother had before that, a picture of my grandfather. And my Aunt Bea has walked by that picture at least 1,000 times, remarked that he … had high cheekbones like all of the Indians do, because that’s how she saw it. And she said, ‘And your mother got those same great cheekbones, and I didn’t.

I would dare to say that the majority of people in the world who have high cheekbones aren’t descended from  Native Americans.

I would love to see President Trump take one of those DNA tests because there is the very real possibility that he has more Native American blood than Warren.

When she saw the results of her DNA test my friend Dana Loesch, who really does have a native American background let Warren have it!

Mine does too. Most Americans have such. The difference is that you identified yourself as a protected class for personal gain and spurned meetings with American Indians like Twila Barnes and others. You know very well you were criticized by many for this dubious representation. https://t.co/rAv2FNfBnT

President Trump has used the mocking nickname “Pocahontas” for Warren, and this test proves he is correct. Based on statistics if you pick out a random person off the street, chances are they will have more Native American blood than Warren.

UPDATE: The Cherokee Nation is not happy:

“A DNA test is useless to determine tribal citizenship. Current DNA tests do not even distinguish whether a person’s ancestors were indigenous to North or South America,” Cherokee Nation Secretary of State Chuck Hoskin Jr. said. “Sovereign tribal nations set their own legal requirements for citizenship, and while DNA tests can be used to determine lineage, such as paternity to an individual, it is not evidence for tribal affiliation. Using a DNA test to lay claim to any connection to the Cherokee Nation or any tribal nation, even vaguely, is inappropriate and wrong. It makes a mockery out of DNA tests and its legitimate uses while also dishonoring legitimate tribal governments and their citizens, whose ancestors are well documented and whose heritage is proven. Senator Warren is undermining tribal interests with her continued claims of tribal heritage.”