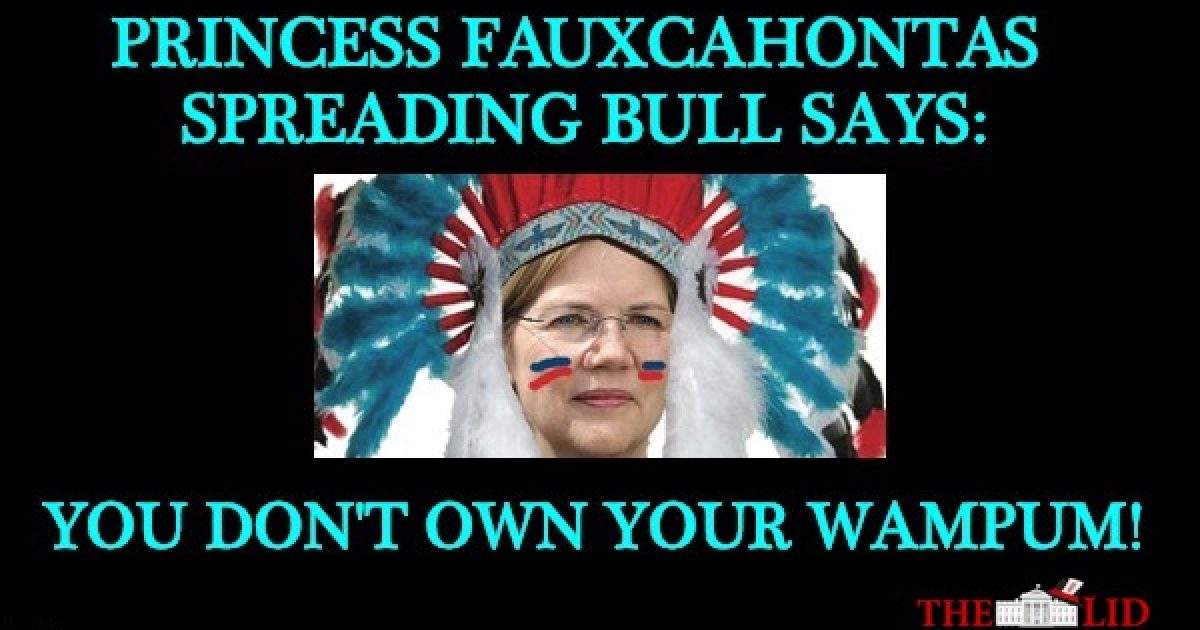 1/1024th Native American Senator Elizabeth Warren is attacking the owner of an NFL Team named after Native Americans for buying a $100 million yacht.  Senator Pocahontas also known as Fauxcahontas over her claims of Native American heritage has come out firing today against the owner of the Redskins. The owner, Dan Snyder was in the news this week for purchasing a giant superyacht for $100 Million. Unlike Warren, Dan Snyder is a real member of a tribe, not a Native American one but, the tribe of Judah, Benjamin, or Levy.

This billionaire NFL owner just paid $100M for a "superyacht" with its own iMax theater. I'm pretty sure he can pay my new #UltraMillionaireTax to help the millions of yacht-less Americans struggling with student loan debt. https://t.co/Gk4ifAkxdT

Democratic Massachusetts Sen. Elizabeth Warren targeted NFL owner Dan Snyder on Saturday in a public pitch for her “ultra-millionaire” tax plan — but the narrative got away from her when a few people pointed out which team Snyder happens to own: the Washington Redskins.

“This billionaire NFL owner just paid $100M for a ‘superyacht’ with its own iMax theater,” Warren tweeted. “I’m pretty sure he can pay my new #UltraMillionaireTax to help the millions of yacht-less Americans struggling with student loan debt.”

At first people just balked at her tax plan in general — the 2020 presidential contender made an argument earlier in the week for a tax plan that would introduce a “wealth tax” on households with a net worth of $50 million or greater.

But as more and more people realized that Snyder, who owns the Washington Redskins, was the NFL owner in question, the tone of the responses changed dramatically

Yes, the responses got more personal:

He’s the owner of the Redskins. Sit this one out #pocahontas.

You know about 1/1024th as much about money management as him.

So what you’re saying is that the government will decide who gets the money he earned, socialism at its best.

Lastly, the amount of jobs that were created to build this yatch helps the average American. Tax this billionaire too much more, and he might not buy the yatch. If yatchs aren't built, then those people lose their jobs.

Exactly! The dumb old blond speaking out both sides of her mouth again!

If higher taxes is such a great idea, lead the way by paying them yourself before imposing them on others.#TeaParty #ElizabethWarren #MAGA

A lot of people had to build that boat….tax the rich and those people lose their jobs

what a sick and depraved human being. Jealous much. some of the most ignorant people in the world live in MA. How much did you get paid for Faux professor job? You contributed to that Debt.

Perhaps she can sell her teepee and do a money dance to make more money, since she is 1 billionth Native American

Wow! You should visit Venezuela. I don’t trust politicians to safely spend $100 million.

Omg 100 mil? That could cover like an hour of the federal budget, and all you have to do is take it by force and shoot him if he resists!

Oh she’s drooling writing this. Here in MA at Harvard the “blue” newspaper revealed that Harvard was making cuts to janitorial & clerical and asked some professors to take a slight pay cut to keep them. Lizzy said “no” not from my $340K per course fee.

Socialists like Warren forget what Thomas Jefferson wrote in the Declaration of Independence.

In other words, God gave Dan Snyder the right to buy a yacht, and Elizabeth Warren has no right to punish him for buying one.

What is actually meant by “all men are created equal” is not that we all have the same intellectual capability, social background, physical strength, golf handicap wealth, etc., Even though Jefferson probably meant all white, land-owning, men only, as American society matured its meaning became all people have the same rights.

The faux Native American believes people of wealth have fewer rights than the rest of us. Based on the Declaration of Independence and the Constitution Dan Snyder has every right to make as much money as he can as long as it’s earned legally.  He also has every right to spend it on any legal goods he wants.