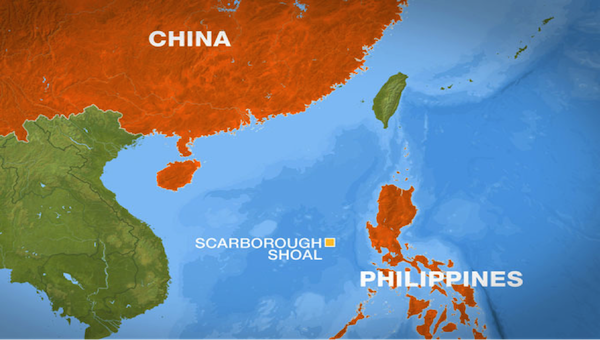 In the Far East, there have long been concerns over the bullying nature of the regime from Beijing, and this week was no exception. Chinese coastguard ships had been harassing their Philippine counterparts near the Scarborough Shoal, which is owned by the Philippines but claimed by China also.

Note the Scarborough Shoal has nothing to do with the liberal who left his wife to marry his TV partner in the morning show on MSDNC. Philippines foreign minister. 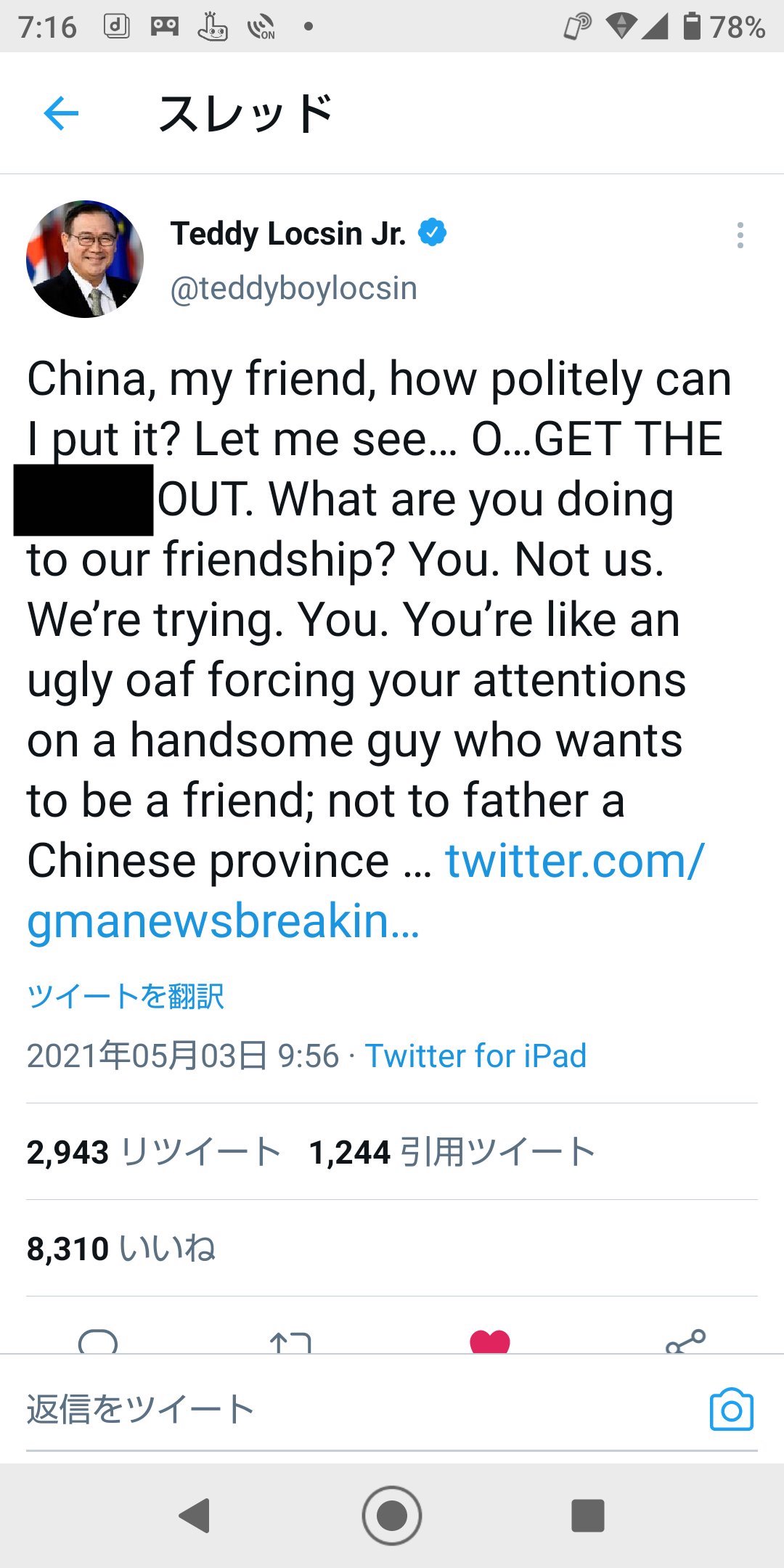 The Philippines Foreign Secretary Teodoro Locsin Jr ignored the diplomacy and took to Twitter with a very undiplomatic message, calling China an “ugly oaf” and demanding it “get the f*** out” of Philippine maritime waters.

Teodoro Locsin, the Philippine foreign minister, took to Twitter on Monday to criticize China over what he called Beijing’s illegal activities in the South China Sea, a report said.

“China, my friend, how politely can I put it? Let me see…O…GET THE F— OUT,” he posted on his personal account without the censor. His tweet continued, “What are you doing to our friendship? You. Not us. We’re trying. You. You’re like an ugly oaf forcing your attentions on a handsome guy who wants to be a friend, not to father a Chinese province.”

Per Reuters, Manila was voicing its opposition to Beijing’s encroachment on its 200-mile “Exclusive Economic Zone, “which has been going on for two months. In March, hundreds of Chinese vessels were spotted lingering near Whitsun Reef, another part of the South China Sea claimed by both countries.

China claims the boats in the exclusive zone weren’t military, but they were fishing boats trying to avoid rough seas. Philippine officials believe China is full of sh*t. Well, that’s probably the way their foreign minister would put it.

China claims the boats in the exclusive zone weren’t military, but they were fishing boats trying to avoid rough seas. Philippine officials believe China is full of sh*t. Well, that’s probably the way their foreign minister would put it.