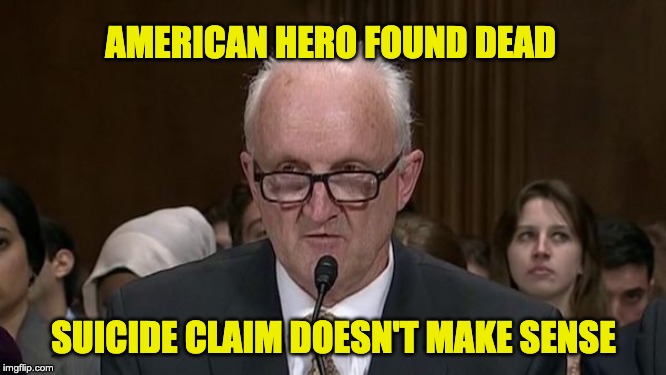 Former DHS Security Officer Phil Haney was found dead outside his car on Friday morning near San Francisco. He was instrumental in exposing the political correctness and document destruction that put Americans in danger during the Obama administration. According to the initial Sheriff’s statement, Haney killed himself, but that claim doesn’t make sense. There is plenty of evidence casting doubt on the initial claim. 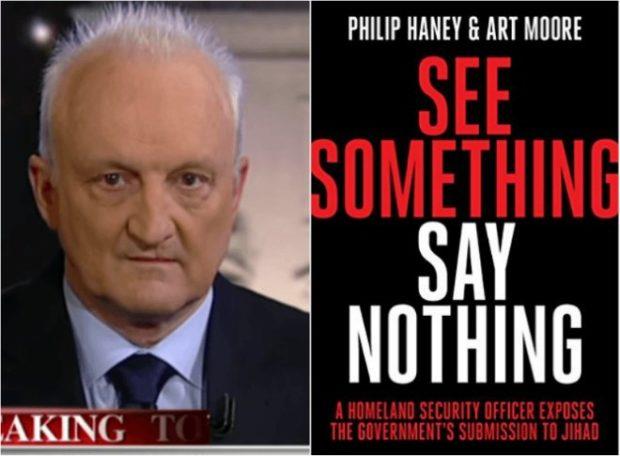 In June 2016, Haney testified before the Senate Judiciary Committee, where he alleged that the Obama-era DHS had ordered him to delete hundreds of files about reputed associates of Islamic terrorist groups. Haney made the case that several attacks in the U.S. could have been prevented if some of the files had not been deleted, the Examiner reported.

Writing in The Hill in February 2016, Haney claimed Obama had thrown the U.S. intelligence community “under the bus” for failing to “connect the dots” after a Nigerian Muslim terror suspect was linked to a failed terror plot on Christmas Day in 2009.

“Most Americans were unaware of the enormous damage to morale at the Department of Homeland Security, where I worked, his condemnation caused,” Haney wrote, referring to Obama. “His words infuriated many of us because we knew his administration had been engaged in a bureaucratic effort to destroy the raw material — the actual intelligence we had collected for years, and erase those dots. The dots constitute the intelligence needed to keep Americans safe, and the Obama administration was ordering they be wiped away.”

Haney, who worked for DHS for about 15 years, was also the author of “See Something, Say Nothing: A Homeland Security Officer Exposes the Government’s Submission to Jihad.”

Authorities are calling Haney’s death “self-inflicted.”  However, there who believe the contrary:

Phil Haney was a friend & patriot. He was a target because of all he knew of Islamic terrorist coverups. He insured his life by archiving data that incriminated the highest levels of the Obama administration. Phil Haney didn’t kill himself. RIP, Phil. https://t.co/pvy7MflFwc

I spoke to Greg and he confirmed to me that Phil Haney was about to get married and was excited about it.

Haney told the Washington Examiner that he was working on a sequel to “See Something Say Nothing” which would come out in the spring of 2020:

The Washington Examiner received a text message from Haney on Nov. 11 which mentioned plans to write a sequel to his first book, See Something Say Nothing: A Homeland Security Officer Exposes the Government’s Submission to Jihad, which described his experience at DHS.

“Odd (surreal reality) that I was a highly visible whistleblower … that virtually no one listened to, while this guy remains invisible, but is treated like an anointed oracle from above,” Haney said in the Nov. 11 text, referring to alleged Ukraine whistleblower Eric Ciaramella. “However, my story is still live, i.e., there’s still more to come. It’ll be called ‘National Security Meltdown.'”

Haney added, “I have a severely hyper-organized archive of everything that’s happened since See Something, Say Nothing (SSSN) was published in May of 2016. The National Security Meltdown sequel will pick up right where SSSN left off. My intention is to have it ready by early-to mid-Spring of 2020 (just before the political sound wave hits), then ride that wave all the way to the Nov. elections.”

None of this proves that he was murdered vs. committing suicide, but it does cast doubt on the suicide story.  Much of the news reports claim the gunshot wound was in the chest, but the police never said that.  Amador County Sheriff-Coroner Martin A. Ryan issued a press release that said:

“On February 21, 2020, at approximately 1012 hours, deputies and detectives responded to the area of Highway 124 and Highway 16 in Plymouth to the report of a male subject on the ground with a gunshot wound.  Upon their arrival, they located and identified 66-year-old Philip Haney, who was deceased and appeared to have suffered a single, self-inflicted gunshot wound. A firearm was located next to Haney and his vehicle. This investigation is active and ongoing. No further details will be released at this time.”

This also seems strange. He was outside his car. Why would Phil Haney step out of his car to kill himself? It doesn’t make sense.

Haney’s step-mother Judith Haney told the Washington Examiner that “law enforcement took possession of the former DHS official’s cell phone and laptop.[The police] haven’t made a conclusion. They’re not releasing anything. They said it could be days or weeks,” she said. “So we really don’t know anything concrete.”

America is a more dangerous place with him gone and the terrorists know it.

Here’s praying that the death of Phil Haney, American Hero is not covered up, and receives a complete truthful investigation.