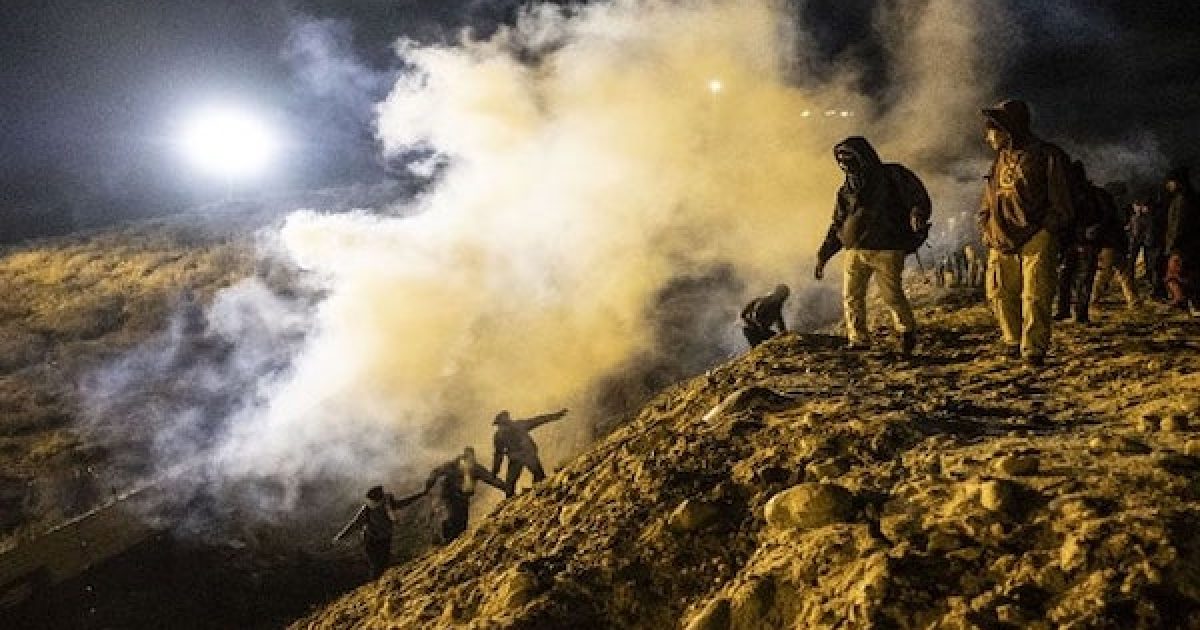 A  group of about 47 illegal immigrants rushed the Pharr-Reynosa International Bridge early Saturday morning. They attacked in three separate “waves” at about 4 a.m. and then attacked the United States Customs and Border Protection (CBP) officers who confronted them. Sixteen of them were apprehended by the Border Patrol, and Mexico removed the rest from the bridge.

The MSM who criticizes CBP every time an illegal immigrant gets a paper cut has been mostly silent about this incident.

One of the few news organizations who covered the incident was Fox News:

A CBP official told Fox News the group attempted to rush across the bridge in three waves.

CBP officers, Border Patrol agents, Pharr police and members of the Texas Department of Public Safety were called upon to prevent the group’s entry, according to the official.

“Several males in the group disregarded commands to stop and physically pushed through the barriers,” the official said. “When confronted by CBP officers, the combative individuals began assaulting the officers by punching, kicking, and attempting to grab the officers’ protective devices.”

Two individuals were charged with interference and federal charges are pending against 14 others who were apprehended, the official said, adding that Mexican officials removed the remaining individuals from the bridge.

Illegals trying to rush through ports and/or bridges have become a big problem along the Texas border.

Bridge or port running has become such a problem in South Texas, especially at the Pharr-Reynosa bridge, that the already overwhelmed border patrol has limited the bridge to commercial traffic only during the week. For now, passenger traffic can only cross from 4 p.m. to midnight on Saturdays and Sundays.

“This is not permanent but will be in place until the number of asylum seekers amassed across from the ports of entry decreases or stops,” U.S. Rep. Henry Cuellar, D-Texas, said at a news conference Friday in McAllen, Texas. Cuellar, who is vice chairman of the House Appropriations Subcommittee on Homeland Security, said the Pharr port has had over 4,000 migrants who have attempted to circumvent inspection this year.

“You have some people that have gotten a little desperate and they might be using a taxi or a car or just run across the bridge and that means our CBP officers are now going to the middle of the bridge and sometimes stopping traffic because you have people that are trying to get into the middle of the bridge to then claim asylum … That’s impacting our trade and tourism,” Cuellar said. “It’s causing bridge closures and adversely impacting wait times.”

After Saturday’s incident, two individuals were charged with interference and federal charges are pending against 14 others who were apprehended, the CBP official said. He added that Mexican officials removed the remaining individuals from the bridge.