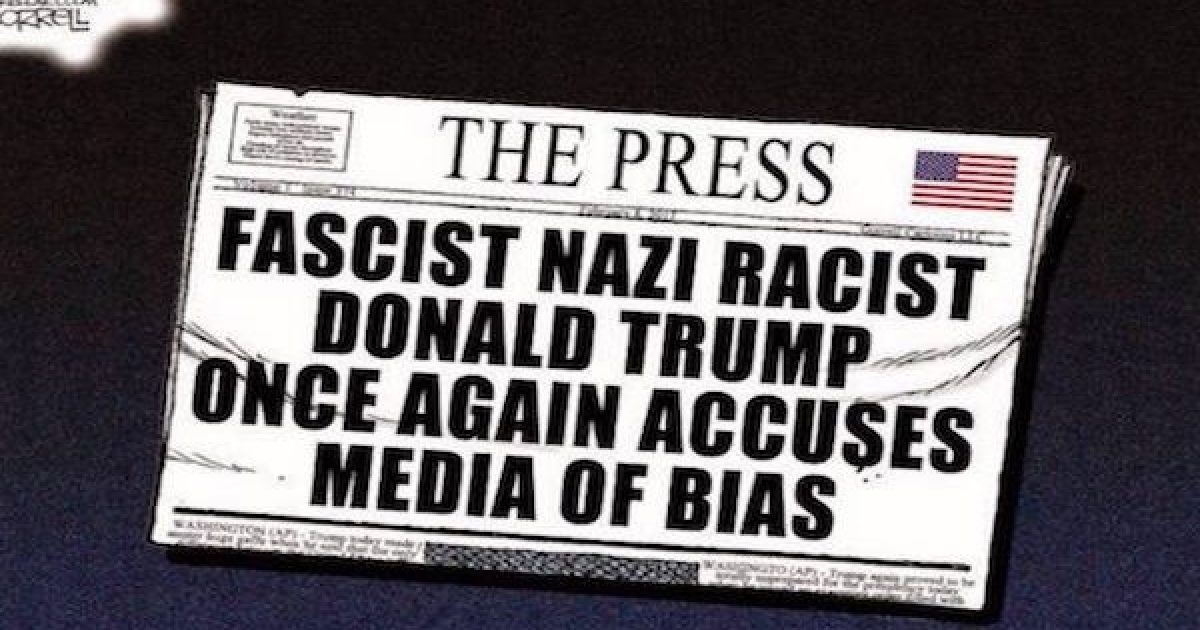 A study by the Pew Research Center shows that media coverage of President Trump has been mostly negative, at a rate far surpassing that of previous presidents George Bush, Bill Clinton, and Barack Obama.

The President and his supporters have often lamented the media bias from sources they dub ‘fake news,’ but this study confirms their suspicions.

During a speech to the Coast Guard Academy, Trump said “No politician in history, and I say this with great surety, has been treated worse or more unfairly.”

He appears to be onto something.

Trump proven right; Only 5% of his media coverage has been positive, according to Pew Research. https://t.co/Tk6YrYKVAa

While the fact that the media has been unfair to Trump should come as no surprise to anyone paying attention, the rate of negative coverage might raise an eyebrow.

The Pew study indicates that 62 percent of the media coverage of this President has been negative, while a scant 5 percent has been positive.

Compare that to two other presidents who were somewhat polarizing in their initial days in the White House – Bill Clinton and George W. Bush.

That’s nothing like what former President Obama received from a media that practically fawned over him on a daily basis. His coverage – 42 percent positive to 20 percent negative.

“Compared with the first 60 days of the Clinton, Bush and Obama presidencies, news outlets’ evaluations of Trump’s start in office were far more negative and less positive,” a summary of the report states. “About six-in-ten news stories about Trump’s first 60 days (62%) carried an overall negative assessment of his words or actions.”

“That is about three times more negative than for Obama (20%) and roughly twice that of Bush and Clinton (28% each).”

Another recent study out of Harvard indicated that during his first 100 days in office, 93 percent of the mainstream media’s coverage toward President Trump was negative.

And an MRC study detailed that during the first three months of the Trump administration, the MRC calculated that the coverage was 89% negative. During the summer months June-Aug. the negativity increased to 91%.

As soon Donald Trump entered the race 2016, it became clear that the usually anti-GOP network news would accelerate their bias when it came to Donald Trump. After all, he is a Washington outsider who doesn’t follow the long-established rules for a candidate and president, and he has a disregard for the politically correct nonsense of the day.

Before and since he was elected Trump has duked it out with reporters, outlets, and spin-doctors alike, with instantaneous lightning bolts of reality being fired directly from his massively powerful Twitter account.  In return, the mainstream media turned up the heat exponentially, lambasting the Commander in Chief in new and reprehensible ways.  To put it lightly, it’s been an Anti-Trump onslaught.

So next time you see the President complaining about unfair media coverage, understand this – he’s absolutely right.

Much of this post first appeared at The Mental Recession