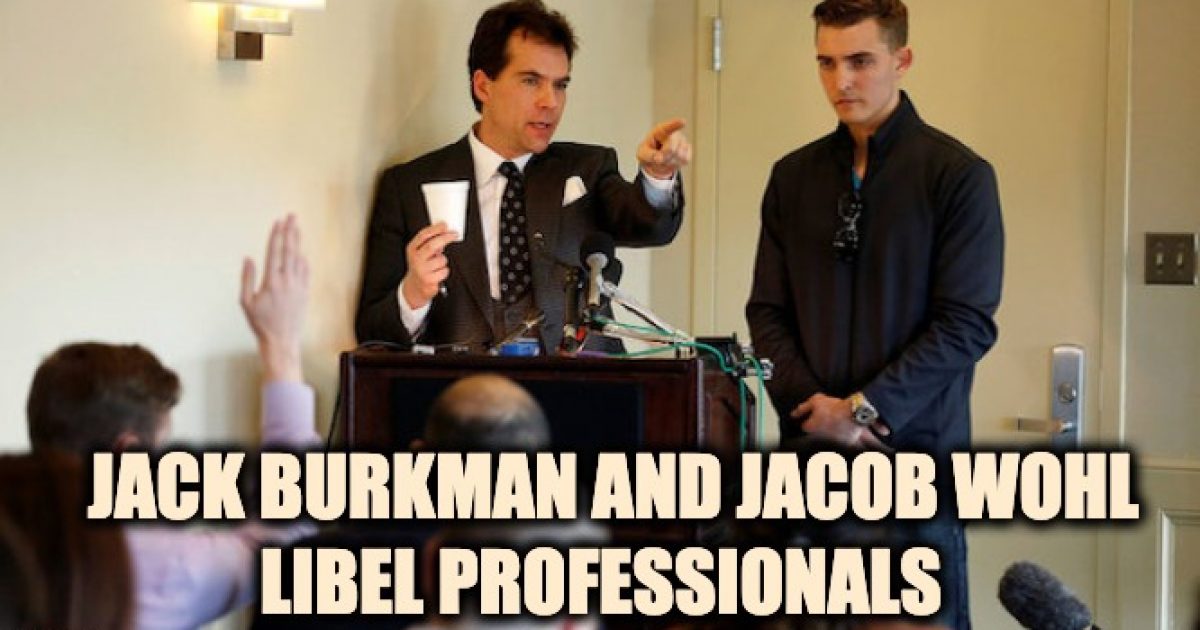 Posted at The Lid yesterday was our analysis of the charges made by someone claiming to be Hunter Kelly that he was sexually assaulted by Presidential Candidate/Mayor of South Bend, Indiana, Pete Buttigieg. We concluded that the story had major holes and should not be believed without further evidence.  Don’t wait for the confirmation, because since the post was put up the story has proven to be bogus.

Two smear-mongers, lobbyist Jack Burkman and blogger Jacob Wohl, have been accused of orchestrating a plan for a man to falsely make a claim against Buttigieg. Burkman’s last claim to fame was trying to smear special council Mueller with a sexual misconduct charge. The two claim to be right-wing, but no true conservative would knowingly smear someone with a falsehood.

The story began to fall apart when Hunter Kelly said the story was false, he never wrote the Medium article attributed to him nor did he open the Twitter account with his name used to publicize the story 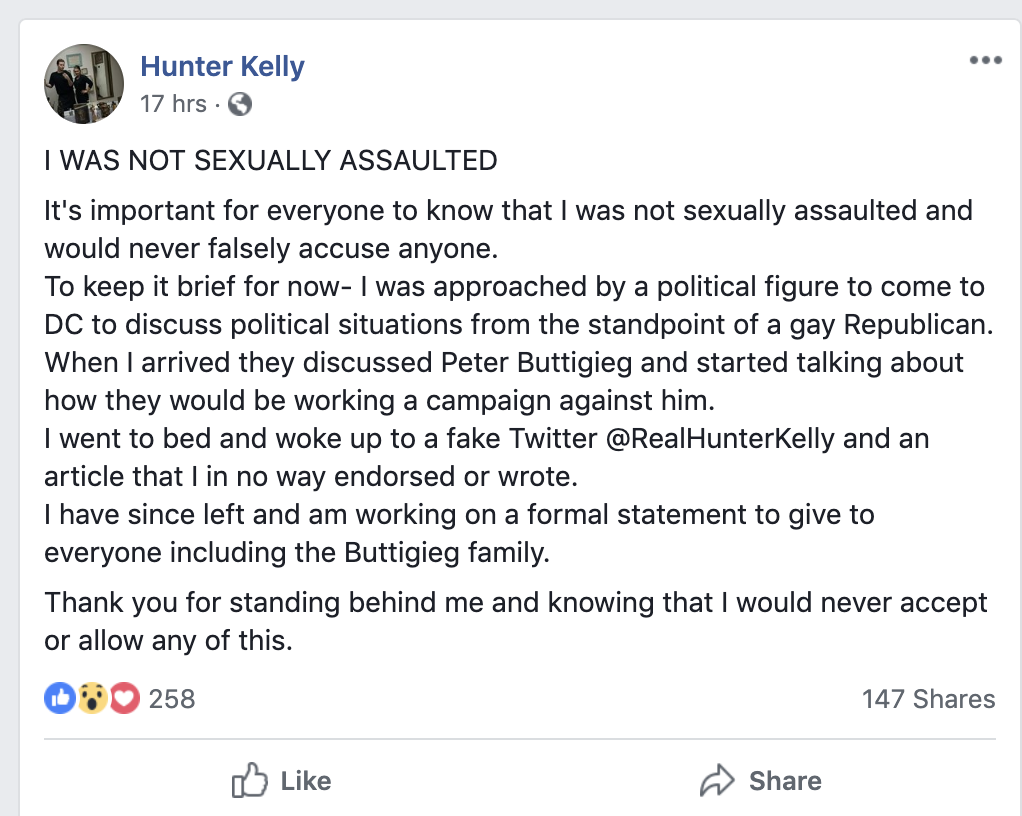 The Daily Beast explained who did it and why:

The source who spoke to The Daily Beast said Burkman and Wohl made clear that their goal was to kneecap Buttigieg’s momentum in the 2020 presidential race. The man asked to remain anonymous out of a concern that the resulting publicity might imperil his employment, and because he said Wohl and Burkman have a reputation for vindictiveness.

But the source provided The Daily Beast with a surreptitious audio recording of the meeting, which corroborates his account. In it, Wohl appears to refer to Buttigieg as a “terminal threat” to President Donald Trump’s reelection next year.

Neither Burkman nor Wohl responded to repeated requests for comment on this story.  But after The Daily Beast contacted them last week, traces of the scheme disappeared from the web and social media.

The Daily Beast reached out to Kelly on a cellphone listed to him in the student directory at his  Michigan college. Told we were reporting on apparent efforts by Jacob Wohl and Jack Burkman to drum up false sexual assault allegations against Buttigieg, Kelly replied, “I was unaware this was happening. But yes it is true.”

Kelly wrote that he did not control the newly created Medium and Twitter accounts that posted the allegations under his name. When asked if he could verify his identity, he texted the Daily Beast a selfie that matched the photo seen on Medium and on Kelly’s longstanding Facebook accounts.

“Here is a selfie of me, sorry I have been crying,” he wrote. “Today and the promises made didn’t go as planned.”

Kelly also said the two scammers tried to convince him to participate in the defamation by telling him that they were working for a “task force set up by the Donald Trump administration.

Burkman and Wohl claim that Kelly agreed to everything and even posted a picture of the picture and affidavit given to Medium to prove that he wrote the article. But what it doesn’t show is what article, if any was submitted at the same time.

1. Very first thing Hunter Kelly did is sign a statement attesting to his accusation
2. He was in full control of all public disclosures, even taking a selfie with his ID to confirm his identity to @MediumSupport MSM bullied him & his family into submission pic.twitter.com/myXPc1YegL

Who knows which account is correct. Personally, based on their track record, I would not believe Burkman and Wohl but there is no proof either way. I suspect the two sides will battle it out in a courtroom, and hopefully, as well as the sting of justice, I hope that the two defamers get a strong dose of Karma.

The one claim we know to be true is what we suspected yesterday, the entire story is bogus,  Hunter Kelly was NOT sexually assaulted by Pete Buttigieg.