Is this The First Blow Of The 2024 Primary Season? 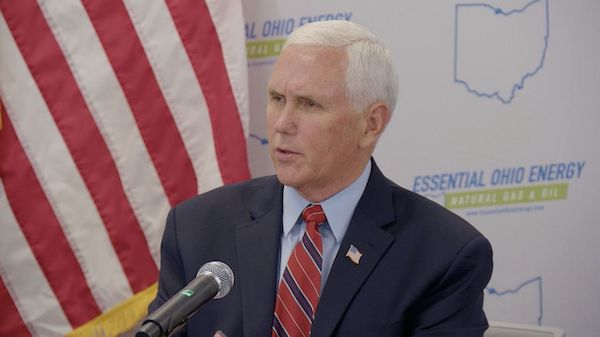 As the nation continues to march forward toward the 2024 election and all of the enormous questions it poses while looming over the horizon, there is much speculation as to what could be coming down the line for the GOP.

The Democrats are certainly doing their damnedest to poison the well of Donald Trump’s potential candidacy, and there are some concerns about investigations in New York City as well. And so, the posturing has already begun responding to the potential power vacuum.

In Florida, it is hard to deny that Governor Ron DeSantis is raising his national profile, and he’s been coy about a potential run in the past.

But now we also have Trump’s Vice President, Mike Pence, beginning to speak rather presidentially.

During a sit-down interview with Fox News Digital on the sidelines of a speech on economic policy at the University Club in Chicago, Pence reflected on the current state of the nation under the Biden administration, telling Fox News that President Biden is “embracing the politics of the radical left.”

“At a time when we have inflation at a 40-year-high, gasoline prices more than doubled since we left office, a crisis at our southern border, war in Eastern Europe, a disastrous withdrawal from Afghanistan, maybe this just comes from living back in Indiana again, but, those are the things I’m focused on, and frankly, those are the things people talk to me about everywhere,” Pence said. “The issues that are bearing upon the American people are, as is often the case, not what Washington is focused on.”

Then, on the subject of January 6th:

“Jan. 6 was a tragic day, and I know we did our duty, but I will always be proud of our record,” Pence told Fox News. “And I am not going to allow the Democrats to use that tragic day to distract attention from their failed agenda or to demean the intentions of 74 million Americans who rallied behind our cause.”

January 6th was also when the Tump-Pence team “broke up.’ V.P. Pence received intense pressure from President Trump and some Republicans who argued that Vice President Pence had the “exclusive authority” to reject Biden’s electoral votes and choose the ones for Trump, Instead of giving in Pence did the conservative thing he stuck to the Constitution, Per the Constitution the Vice President’s only job in the electoral vote-counting -is counting the votes and announce the results. He does not have a role in choosing the electors. That’s the state’s job.

As a conservative and someone who voted for Donald Trump twice, I’ve often stated that the Constitution comes first. One of President Trump’s legacies is his appointment of three constitutionalists to the U.S. Supreme Court. With his 1/6 letter explaining his actions that day. In fact, that’s how he ended his letter:

Pence has repeatedly suggested that he will go “where he’s called” regarding 2024, having remained a bit innocuous about the whole thing. But something that should be in voters’ evaluation of Pence is that he ignored the pressure from his powerful boss, the President of the United States, and members of his party to follow the  Constitution, which most conservatives believe is most important when considering a political action.

Parts of this post was first seen at Flag and Cross.