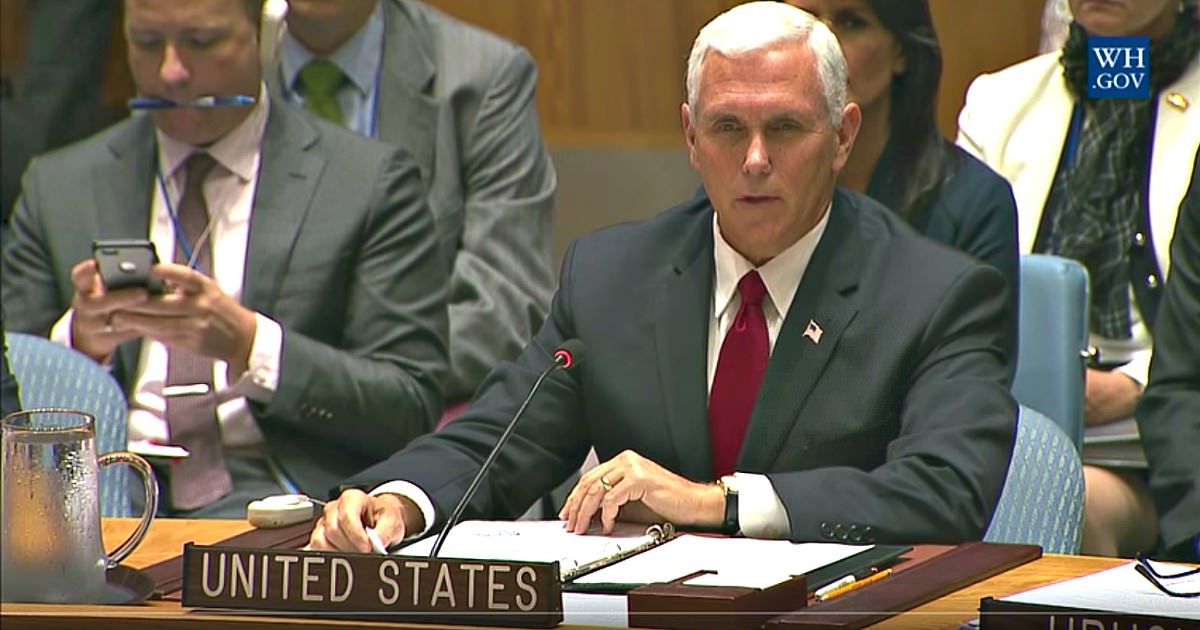 Vice President Mike Pence was not playing around when he appeared before the United Nations Human Rights Council (UN HRC) on Wednesday.

In a very direct and very straightforward speech, he slammed the UN HRC for the many major problems that exist within the organization.

Pence decried the organization for allowing human rights abusers like Cuba and Venezuela to sit on the council. He excoriated the council for the mistreatment they’ve delivered to the state of Israel, particularly when Israel is the only nation in the Mideast endeavoring to protect the rights and freedoms of their people. He called for major reforms to the way the council does business and recruits its members, and he warned of the growing danger we all face from Iran and North Korea.

Here’s some of what he had to say:

“The United Nations is bound by its charter to foster ‘International cooperation in promoting and encouraging respect for human rights and for fundamental freedoms for all.’ That was the purpose under which the U.N. Human Rights Council was formed. But the truth is, the Human Rights Council doesn’t deserve its name.

Cuba sits on the Human Rights Council, an oppressive regime that has repressed its people and jailed political opponents for more than half a century. Venezuela sits on the Human Rights Council, a dictatorship that undermines democracy at every turn, imprisons political opponents, and as we speak is advancing policies that worsen deprivation and poverty that’s costing the lives of innocent men, women, and children.

This body must reform the Human Rights Council’s membership and its operation. As to its operation, I think of what President John F. Kennedy warned more than 50 years ago, that the United Nations must not become in his words a ‘forum for invective.’”

Vice President Pence also scolded the UN HRC for their biased and ugly treatment of Israel.

Between President Trump, Vice President Pence, and UN Ambassador Nikki Haley… the United Nations must be reeling from the hard truth and the blunt talk they’ve been hearing. It is a new day for the U.N. and the Trump administration is not only demanding major reforms from the organization, they are forcing them to happen.

Reposted with Permission from Constitution.