Nancy Pelosi Has Tunnel Vision About Tunnels Under Border Wall 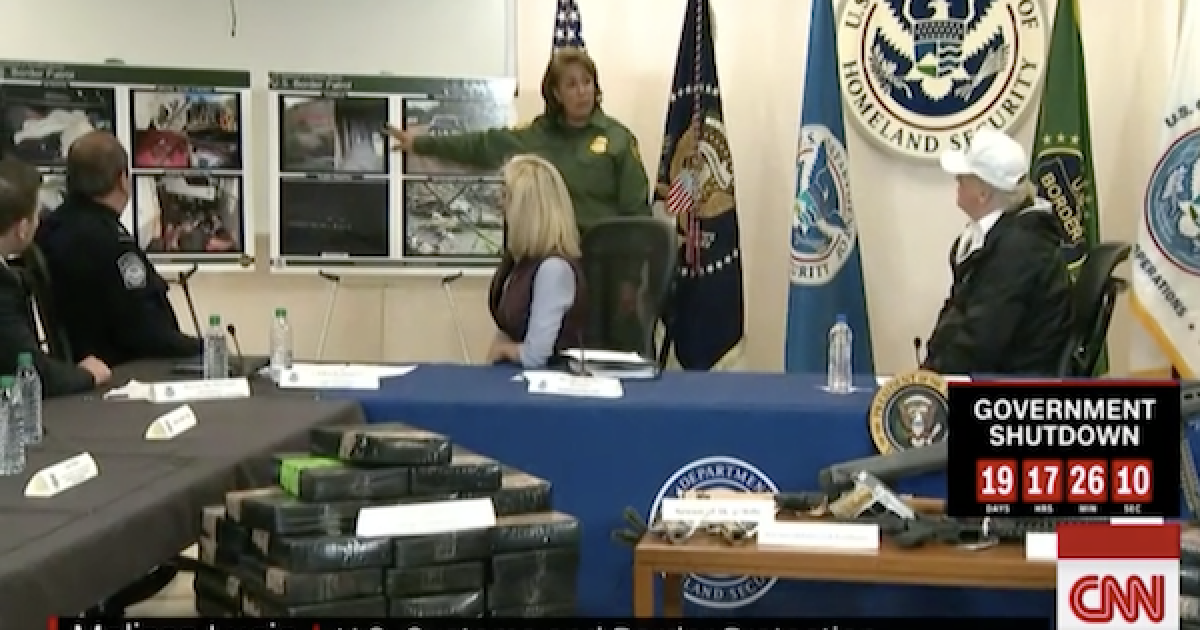 It seems that Nancy Pelosi has a severe case of tunnel vision. It’s not only that she’s focusing almost exclusively on making sure that not one inch of a fence is built, but lately she is also fixated on tunnels. Her latest excuse for not erecting a barrier along our southern border is that people will tunnel under them.

Per source in the room: Pelosi talked a lot about tunnels. She kept saying that a wall won't stop people coming through tunnels.

The excuses Democrats are coming up with to pretend they’re denying funding for the wall for real reasons instead of petty, personal, political ones (say that five times fast) are getting pretty damn silly. From claiming there is no crisis at the border to calling the wall immoral, there is no argument so lame they will not make it.

This is sort of like saying you shouldn’t lock your front door because someone could just break into your home through your windows. Oh and if you’re someone who hates Twitchy and reads us just so you can whine about us to your equally whiny followers, CALM DOWN, we’re not saying illegal immigrants will break into your home. More

There will undoubtedly be attempts to tunnel under the barrier, in fact, some illegals already are tunneling. During one of his briefings at the border yesterday, a border agent showed the President a tunnel (see picture above). That proves the point of the people on the Border Patrol who say that even when it doesn’t stop people from sneaking across the border, a fence will slow illegal aliens down, making it more likely that they are captured. Tunnels take time and sophistication.

As Rep. Dan Crenshaw (R-TX) wrote in the WSJ:

Tunneling would require special equipment and hundreds of hours to dig under the barrier, the base of which would penetrate many feet underground. To break through it, you’d need specialized circular saws, torches or explosives. Typical equipment for a special-ops team, but not exactly on the packing list for a migrant. And Border Patrol agents would easily detect such a ruckus.

Rep. Dan Crenshaw: I learned as a Navy Seal walls are effective. I'd like to see Pelosi and Dems who say it won't work try to climb over it or tunnel under. pic.twitter.com/Zt5llQGXze

And when there is a wall, the Border Patrol can assign fewer agents at those previous open borders to monitoring the sensor equipment  “listening” for tunnel construction.

Nobody claims that a border wall will stop everyone, but it will bring the number of illegal immigrants sneaking across the way down, and with the smaller amount of crossings so will the number of crimes committed by those illegals. While there are no legitimate national numbers, we do know the figures a few states who track those numbers.  For example, in Texas, which is about 9% of the country there have been at least 1,600 homicides committed by Illegal aliens. Even if the wall only prevented half of those murders,  does 800 saved lives make a wall worth it to Pelosi? What about the other states?  What is the breaking point? How many prevented deaths make a border wall worth it to Pelosi and Schumer?

The Talmud teaches us:

If there is no wall, what will Pelosi and Schumer say the loved ones of the people killed by the illegal immigrants who are criminals?