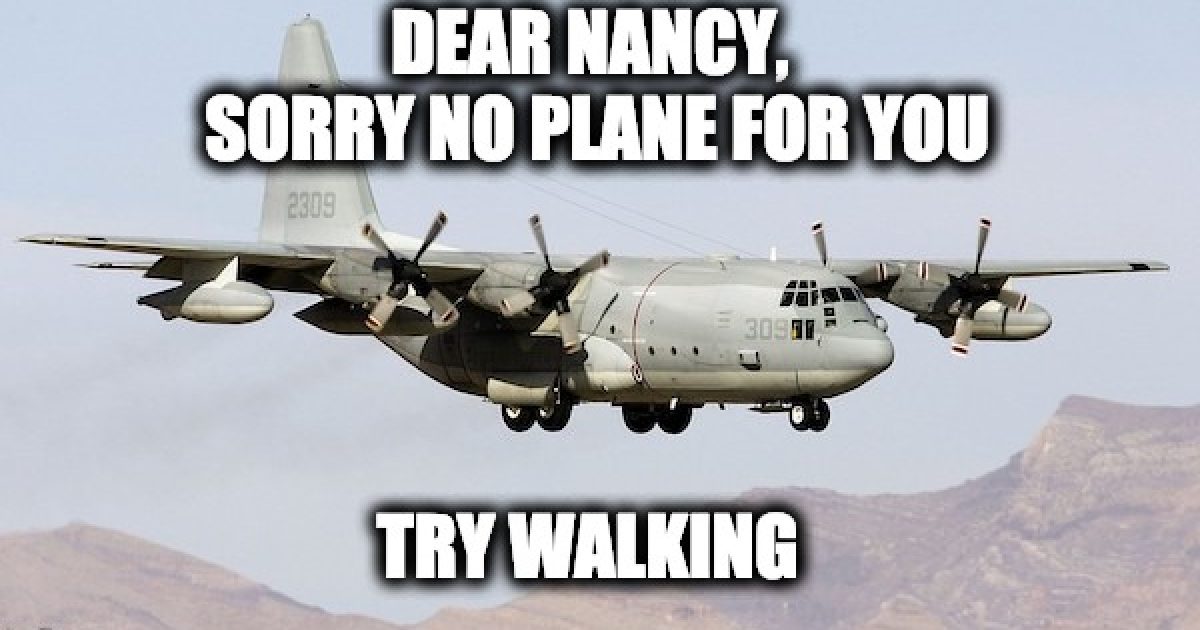 Yesterday Speaker of the House Nancy Pelosi requested that President Trump cancel or move his State of the Union address because of the shutdown. Today Pelosi and a congressional delegation were supposed to take a military plane on a week-long congressional trip to Brussels, Egypt, and Afghanistan. But the Commander in Chief canceled the military airplane saying it would be inappropriate for them to use a military plane for the trip during the shutdown.

In a letter to Pelosi, released just before they were supposed to leave at 3pm Trump told her a congressional delegation trip she intended to take “has been postponed.” He dismissed the trip as a PR event and said if she still wants to go she should fly commercial, that would be her prerogative. ”

In light of the 800,000 great American workers not receiving pay, I am sure you would agree that postponing this public relations event is totally appropriate

I also feel that, during this period, it would be better if you were in Washington negotiating with me and joining the Strong Border Security movement to end the shutdown. Obviously, if you would like to make your journey flying commercial, that would certainly be your prerogative.”

While some might see this as a “tit for tat” move in actually it was a move recognizing the 800,000 government workers on furlough. The next set of government paychecks are due to be issued midnight this coming Tuesday. If Pelosi goes on the trip, she would not be around to negotiate until after the government workers missed another paycheck.

While the President’s action was justified, I believe he missed a golden opportunity because Adam Schiff (D-CA) was supposed to be on the trip. He should have let everyone but Pelosi on the Military Airplane, and when the Congressmen were supposed to take off from Afghanistan, he should have prevented Schiff from getting on the plane. That would be best for America.

The White House just announced that it is not just Pelosi’s trip that was delayed until after the shutdown, military transportation for every congressional delegation trip was postponed.

Below is the President’s letter: 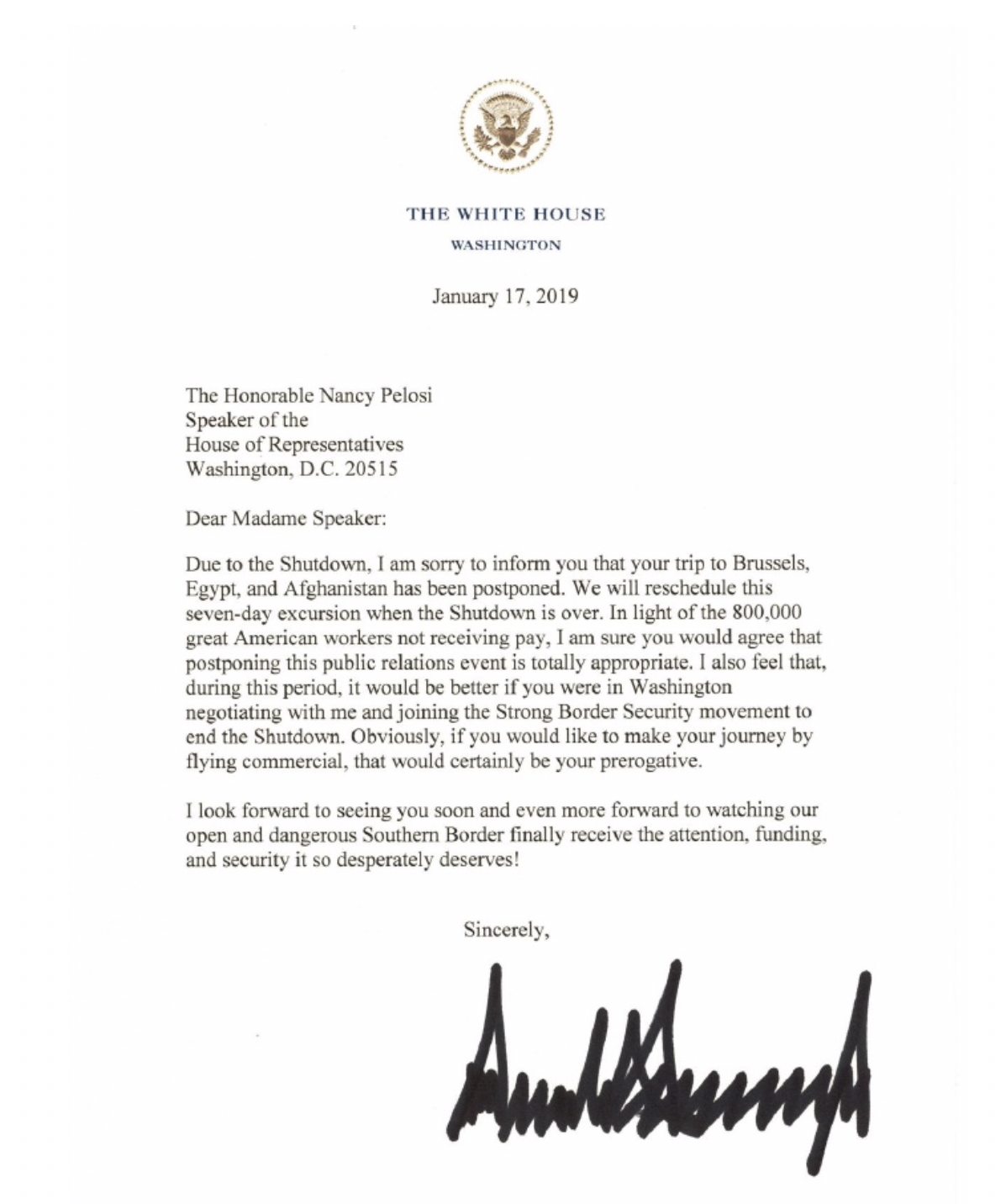