Nothing Screams “Liberal” Quite Like Chopping Off Your Toes While Celebrating Saving Your Foot. 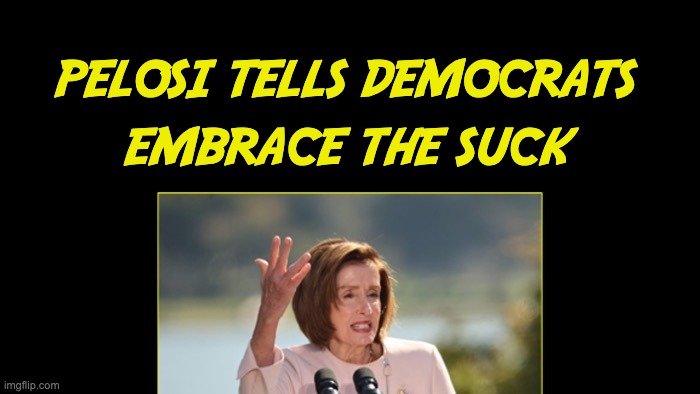 The sting of Donald Trump’s electoral ouster is still nagging at the GOP, and so they aren’t too keen on giving the left an inch, let alone a vote.  And with a few wayward liberals gumming up what was supposed to be a congressional majority, the Biden agenda is essentially dead in the water. And when the two parties got together on an actual infrastructure bill, the Democrats snatched defeat from the jaws of victory. Instead of being able to say they worked with the other party and created a bipartisan bill, they held that victory hostage in an attempt to pass a massive $3.5 trillion bill also. But the massive bill doesn’t have enough Democratic Party support and getting cut down. This is angering the crazy socialist wing of the party.

Perhaps that is why the latest rallying cry from House Speaker Nancy Pelosi feels more like a pseudo-surrender.

House Speaker Nancy Pelosi (D-CA) told Democrats on Monday night to “embrace” the scaled-down infrastructure bill as the chamber plans to vote on the legislation this week.

Pelosi urged Democrats to support the limited infrastructure bill as President Joe Biden has encouraged Pelosi and Senate Majority Leader Chuck Schumer (D-NY) to hold a vote on the Senate-passed Infrastructure Investment and Jobs Act, or the so-called bipartisan infrastructure bill, and the Build Back Better Act.

The military term for this is “Embrace the Suck.”

It appeared as though this was all about the optics.

Pelosi told Democrats to “embrace this” and “have a narrative of success.”

Nothing screams “liberal” quite like neutering your own agenda and then trying to claim victory.