Illegals Show Up At Pelosi Speech, It Did NOT Go Well For Her 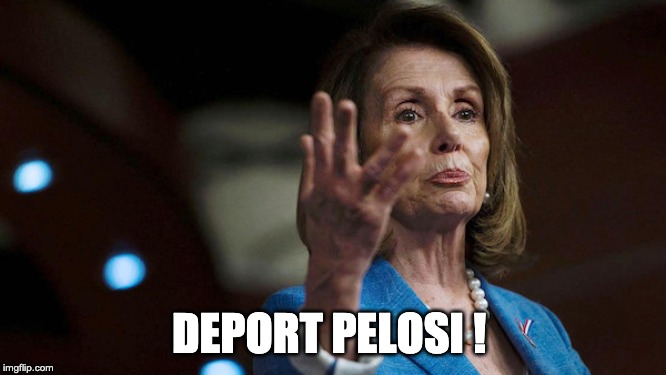 Dems invited waves of foreigners to become a political movement in America. Imagine Pelosi’s surprise when they refuse to stick to the Democrats’ script. Pelosi Speech

We have on record — through a leaked Valeri Palmieri email — the Democrats admitting to each other that they believe their political future is explicitly tied to an ongoing stream of illegal immigrants.

They claim to be ‘serving’ the greater good and representing the needs of this downtrodden group. It is closer to the truth to say they are using that demographic for personal and political gain.

Has it ever occurred to them that these are human beings with thoughts and plans of their own that might be just as ready to use Democrats as a means to an end as the other way around?

Pelosi found herself interrupted by a group that drove EXACTLY that point home, but she was too dense to receive that message. Although this video is from 2017, it is so much fun to watch

Not so hot about illegal immigration now, huh Nancy? ??? pic.twitter.com/lzYIiNSNnc

She went to a pro-DACA event and learned the hard way that they weren’t interested in hearing HER agenda. They were far more interested in pushing their own.

Listen for the chant of Fight For All Eleven Million.

Gee, what could that chant possibly refer to?

She was in over her head and she knew it.

Democrat identity politics has created a set of self-righteous grievance groups. It’s not a surprise that they are biting the hands that have fed them.

Eventually people get tired of being used as political pawns.

Her hand was shaking while holding the mic. She needs a shot asap.

I took her shaking as in fear. lol

I haven’t seen her shake so much since the Senate acquitted President Trump.

The DTs causes the shakes. I know..I see it every day in my family

She and the Dems brought this on them selves.

They’re right❗ SOH Pelosi could have made a deal 3 years ago and the President would have signed it into law. She is the one holding their citizenship back.

True that! She didn’t want President Trump to have a political victory, on top of all the other victories. Sorry Nancy, but you lose…again.