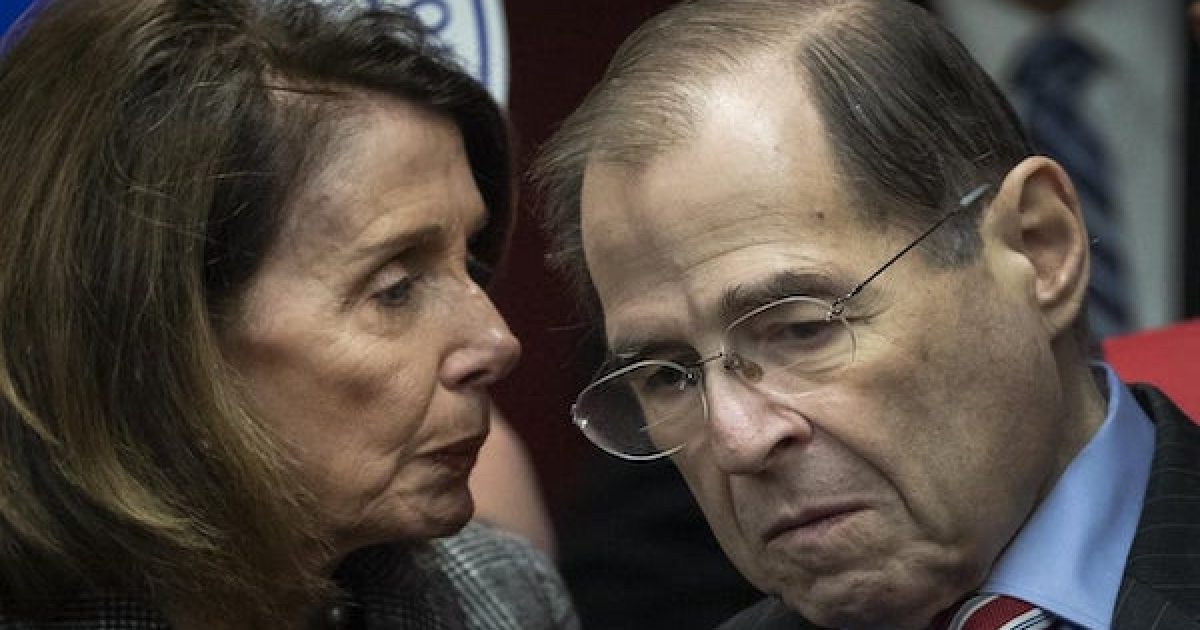 Now we can understand why Speaker Nancy Pelosi is fighting against impeachment so hard. At a meeting with Jerrold Nadler and other Democratic Party Congressional committee chairs, she said,  “I don’t want to see him impeached, I want to see him in prison.” according to Politico. Pelosi repeated her stance that she wants Trump defeated in the 2020 Presidental election and then prosecuted for the crimes that she believes (or invents) he committed.

Ashley Etienne, a Pelosi spokeswoman, said Pelosi and the chairmen “had a productive meeting about the state of play with the Mueller report. They agreed to keep all options on the table and continue to move forward with an aggressive hearing and legislative strategy, as early as next week, to address the president’s corruption and abuses of power uncovered in the report.” but she didn’t confirm or deny that Pelosi wanted the President jail.

In Tuesday’s meeting, some committee chairs expressed frustration about the appearance that rank-and-file members — rather than party leaders — were leading the caucus’ oversight strategy, including what they do on impeachment, according to one source familiar with the meeting.

But not all committee leaders were supportive of the impeachment inquiry. Both Schiff and Neal argued that if Democrats are going to open an inquiry, they should also be prepared to impeach Trump, which the caucus isn’t ready to do, they said. Cummings also sided with Pelosi, according to a source.

Neal also grumbled about Democrats who have come out in favor of impeachment, saying it puts pressure on members in bordering congressional districts to explain why they don’t feel the same way. House Rules Chairman Jim McGovern (D-Mass.) — whose district touches Neal’s — came out for impeachment last week.

Pelosi is fighting with Jerry Nadler, who wants to launch an impeachment inquiry against Trump immediately. Pelosi is pushing back and says no impeachment until the ideal has public support and bipartisan backing in Congress.

It was not known whether Nadler intends to pressure Pelosi to come to his side with subpoenas for her nine grandchildren for the contents of their piggy banks.