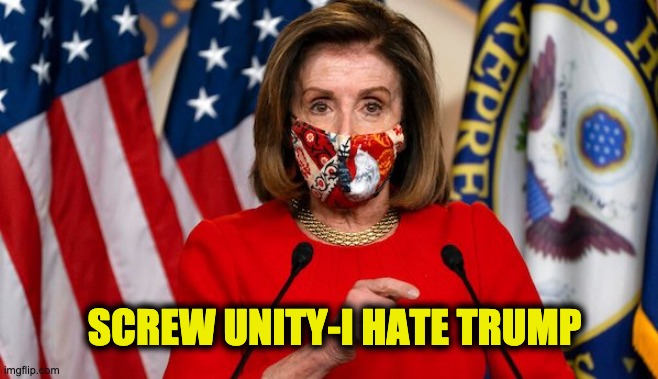 The fallout from Wednesday’s tragic and troubling events is continuing to mount, and political pontificators have been quick to express their own opinions on the subject.

On January 6th, as Congress was certifying the electoral college’s results from the 2020 election, pro-Trump mobs stormed the Capitol building, forcing lawmakers to be evacuated and delaying the constitutionally-mandated process by 5 hours and some change.

The event has triggered a cavalcade of responses, with one of the most improbable rebukes coming from House Speaker Nancy Pelosi.

The California Democrat spoke in an online video to her San Francisco-area constituents to criticize the rioters that attacked Congress Wednesday as it met to certify President-elect Joe Biden’s electoral victory, the Associated Press reported.

“It has been an epiphany for the world to see that there are people in our country led by this president, for the moment, who have chosen their whiteness over democracy,” Pelosi said.

Pelosi’s Statement echoes those ofJoe Biden and Kamala Harris who turned the Capitol Police response to Wednesday’s riot at the Capital building into a race issue–madness. These two, who will be running the country soon claimed the capitol police and saying were easy on the rioters because of their skin color– If the rioters were the mostly minority Antifa/BLM from the summer they would be treated differently.

Pelosi and House Democrats are aiming to start voting on a clean slate of impeachment procedures against President Donald Trump as early as this week.

The House plans to formally introduce the proposal Monday, with a potential vote on the articles of impeachment as early as Wednesday, the Baltimore Sun reported.

This move will serve to widen the divide of an already divided nation.  The Democrats know this but they don’t care because they hate Donald Trump much more than they care about America.