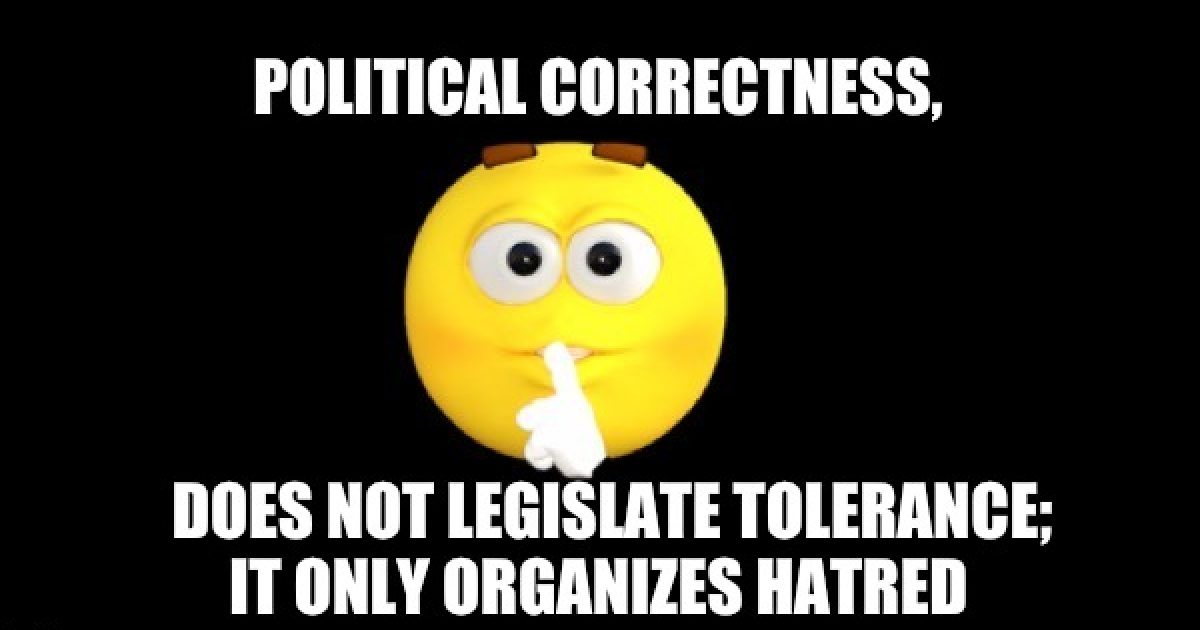 This has to be a sign of the apocalypse, or at the very least, the end of civil society. We know that colleges today have become nothing more than leftist indoctrination centers destroying the minds of our children but this above and beyond crazy.   A college in Colorado is now looking into launching a campaign to prevent students from using the common phrase “long time no see” and others because some at the school claim the phrase is racist to Asian people.

A columnist for the Rocky Mountain Collegian, the school newspaper for Colorado State University, told her readers that the school is looking to launch a new campaign to force students to stop using certain phrases that are not “inclusive” enough.  Is it any wonder our children are so messed up?

Writer Katrina Leibee said she was generally “excited” about efforts to scold people’s use of language when it comes to using the “right” gender pronouns such as “they/them/theirs.” But after seeing the newest list of banned words, she still worried that “it has become obvious that inclusive language extends way beyond gender pronouns.”

One phrase on the banned list, for instance, was the old salutation “long time no see.”

Why? Because it’s racist, apparently.

In a meeting with Zahra Al-Saloom, the director of Diversity and Inclusion at Associated Students of Colorado State University, she showed me an entire packet of words and phrases that were deemed non-inclusive. One of these phrases was “long time, no see,” which is viewed as derogatory towards those of Asian descent.

Well, The Blaze did some digging on that question and came up with the following:

A 2014 National Public Radio piece got down to the nitty gritty regarding “long time, no see” and said it appeared in a couple of 1900 books referring to conversations with Native Americans. The outlet added that other explanations point to members of the British and U.S. Navy attempting to speak like Chinese people they encountered.

A letter published in “Our Navy, the Standard Publication of the U.S. Navy, Volume 13” includes the following, NPR reported: “Then Ah Sam, ancient Chinese tailor, familiarly known as ‘Cocky,’ after taking one good look at the lieutenant said, ‘Ah, Lidah, you belong my velly good flend. Long time no see you handsome facee.’”

But the outlet also said that “today, the phrase ‘long time no see’ is so widespread as a greeting that there’s nothing to indicate the term’s origins, be they Native American or Mandarin Chinese” and that it’s been “widely identified with American culture” beginning in the early 20th century.

Well, there you have it.

Of course, it won’t matter that there isn’t a single American who uses the phrase with the intention of being racist. Have you ever heard someone say the phrase in a mocking dialect? No, no you have not.

“Long time no see” is never, ever used that way.

Political correctness has become one of the banes of our modern existence, encroaching on some of the world’s most coveted freedoms.

Worse yet, a large portion of Americans seems to be capitulating to those who would forever neuter our First Amendment for the sake of preventing a small part of the population from being offended.

This problem becomes exacerbated on college campuses as well, thanks to academia’s heavy liberal slant.  The “safe spaces” and “trigger warnings” are a softening of the college experience that sadly are protecting America’s young adults from the hardships and full experience of their formative first years outside of the nest.  College is for confronting the brutal truths of the world and learning where your morality fits in the fight against the status quo.  The experience kids receive in higher educations should never be a coasting, breezy, and comfortable ride into beliefs they’ve held their entire lives, nor should it be learning to regurgitate the liberal ideologies of their professors.

Perhaps it’s time for parents to consider other options when it comes to choosing colleges for their everyone gets a trophy, no one loses, everything is done for them, hide in safe spaces children who have never learned how to think for itself because they have been spoon-fed since birth. Even better perhaps it’s time we raise our kids differently.

Remember when words mattered?  You know what I am talking about! When words had a meaning before they were artificially changed by the PC Police. The days before taxes were called revenue enhancements, before government spending of our hard-earned money was called investments, or when there were terrorists instead of militants. Back then words mattered. Before the University of California declared that saying “I am not a racist” was racist, back when illegal immigrants were illegal instead of merely missing papers, or before hiding a criminal was called sanctuary.

America is growing sick and tired of this PC nonsense, and we can’t wait to say “long time no see” to this semantical stupidity.

Political Correctness Does Not Legislate Tolerance; It Only Organizes Hatred-

Some of this post was first seen at Eagle Rising