Palestinians Are Destroying and Desecrating Christian Sites In Holy Land 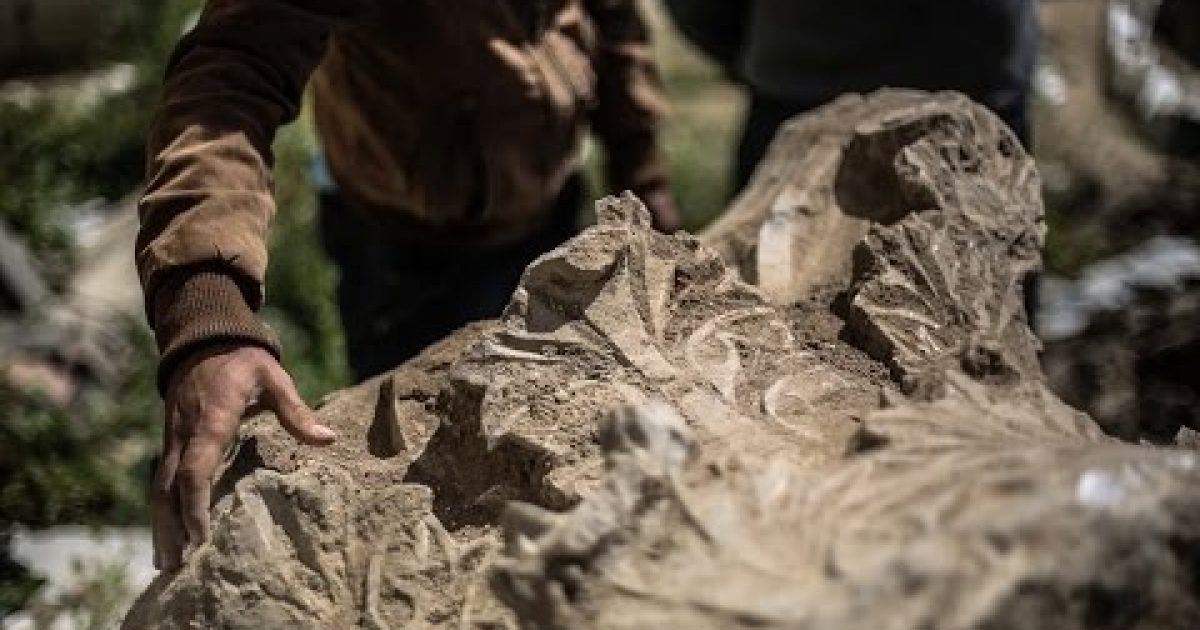 An under-reported element of the dispute in the Middle East is that the Palestinians are doing their best to erase any Christian religious history to the holy land. For over two decades, they have been destroying Christian sites or claiming them as Muslim sites, thus forbidding prayer by any faith but Islam.

According to Dr. Mordechai Kedar of the Begin-Sadat Center for Strategic Studies, “In Arabic, this practice is known as as Tams al-ma’alem, which means ‘erasing the signs,’ in the sense of destroying the relics of all cultures that preceded Islam.”

In 1997, the Palestinians allowed the desecration of the Church of the Holy Sepulcher which stands atop of the site where Christians believe Jesus was crucified, and where he was initially buried before his resurrection. The Palestinian Authority-appointed Waqf (which controls religious property) first tried to break down the wall between the Church and the adjacent al-Hanaqa Mosque, and when they failed at that, they simply built a toilet on the roof of the site holy to Christians.

Five years later during Easter in 2002, over a hundred Palestinians took “refuge” in, and trashed, Bethlehem’s Basilica of the Nativity of Our Lord–the birthplace of Jesus. The picture above shows the Basilica after the Palestinians were forced out.

The Palestinian gunmen holed up in the Church of the Nativity seized church stockpiles of food and “ate like greedy monsters” until the food ran out, while more than 150 civilians went hungry. They also guzzled beer, wine, and Johnnie Walker scotch that they found in priests’ quarters, undeterred by the Islamic ban on drinking alcohol. The indulgence lasted for about two weeks into the 39-day siege, when the food and drink ran out, according to an account by four Greek Orthodox priests who were trapped inside for the entire ordeal….
The Orthodox priests and a number of civilians have said the gunmen created a regime of fear. Even in the Roman Catholic areas of the complex there was evidence of disregard for religious norms. Catholic priests said that some Bibles were torn up for toilet paper, and many valuable sacramental objects were removed. “Palestinians took candelabra, icons and anything that looked like gold,” said a Franciscan, the Rev. Nicholas Marquez from Mexico

On April third of 2016, a Lebanese newspaper Hadfnews reported that a crew building a shopping mall in the Palestine Square area of Gaza City  discovered the ruins of an 1800-year-old Byzantine church. Two days later, another Lebanese news site, Al Mayadeen News, reported that the Church site was bulldozed, destroying many of the church artifacts and “drawing sharp criticism from Palestinian Christians, some of whom rushed to accuse both Hamas and the Palestinian Authority (PA) of copying ISIS tactics to demolish historic sites.”

Appearing on official Palestinian TV on September 16th of last year, Palestinian Chairman Abbas declared, “The Al-Aqsa Mosque [Temple Mount] and the Church of the Holy Sepulcher are ours, They are all ours, and they have no right to defile them with their filthy feet.”

What most Christians don’t realize is that this should be an affront to them. The Holy Temple, which Abbas and the Palestinians claim never existed atop the Temple Mount, is not only holy to the Jews, but also a crucial part of the Jesus story.  Christians, as well as Jews, are not allowed to pray atop the Temple Mount. If someone bends down to tie their shoes, closes their eyes, or bows their head; if they do anything that looks like they are praying, they will be accused of the illegal act of praying to a God other than Allah. This is despite the fact that the Quran says that the Temple Mount is a Jewish site.

Along with banning prayer atop the Temple Mount and destroying hundreds of relics of the two Jewish Temples, the Palestinians have destroyed a Christian site which resided in the southwestern corner of the Temple Mount, the Crusader pillars of the 13th-century Grammar Dome.

In October 2015, Palestinian rioters desecrated and tried to burn down the tomb of the patriarch Joseph (for the third time). A site not only holy to the Jews, but also Christians. As it says in Chapter 11 of the New Testament book of Hebrews, “By faith Joseph, when his end was near, spoke about the exodus of the Israelites from Egypt and gave instructions about his bones.”

These are only a few examples of the treatment of Christian holy sites by the Palestinian governments and their related authorities.

Most often, people see the conflict between Israel and the Palestinians as a Jewish/Muslim issue. However, it’s much more than that. Christians are in danger of losing their connection to the land where Jesus walked.