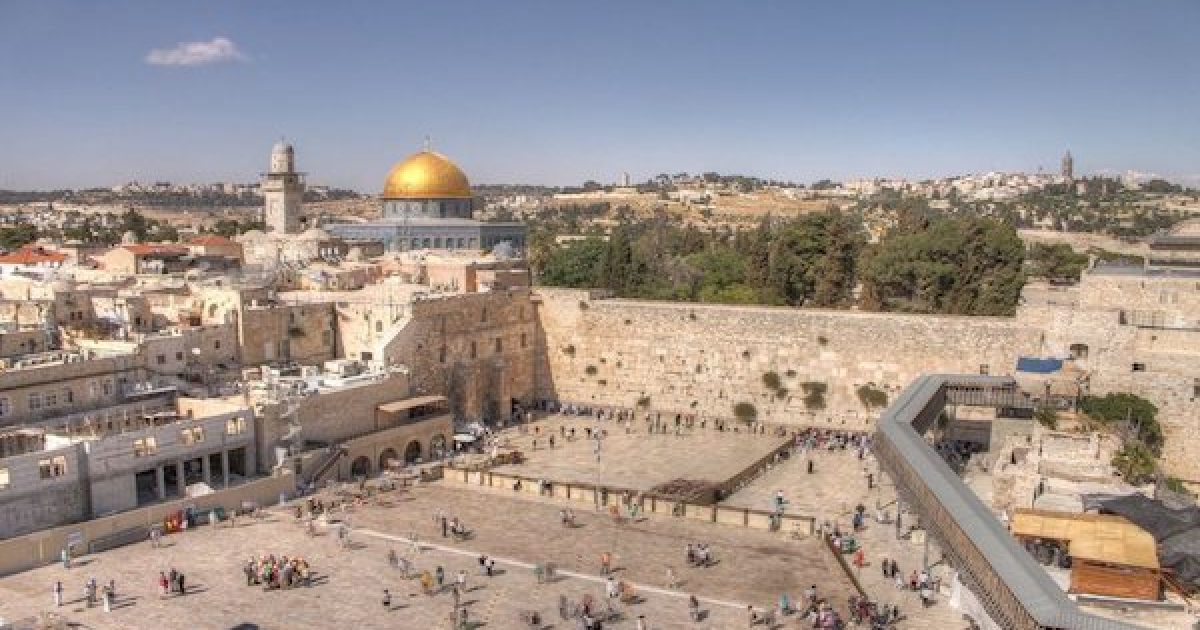 This time Palestinian president Abbas may have gone too far. Jordan, Egypt, and Saudi Arabia happy that they have an ally in the Oval Office are working to devise a new response to President Trump’s recent Jerusalem actions. According to Israel Hayom, those Arab states fear the Palestinian-led response will anger the American President and elicit American “punishment” as was threatened after last week’s anti-America UN vote. In fact, they are so fearful they are getting involved with the planning of Jerusalem strategy.

Arab League Secretary-General Ahmed Aboul Gheit announced over the weekend that he would head a new committee, comprising the foreign ministers of Egypt, Jordan, Saudia Arabia and the Palestinian Authority, to devise a new policy on Jerusalem.

Sources in Ramallah, Cairo and Amman told Israel Hayom that the decision to establish the committee was made after it became apparent that the Palestinian Authority’s efforts to counter Trump’s announcement had been ineffective.

“The decision to establish this committee was, in effect, imposed on the Palestinian Authority by  Saudi Arabia, Egypt and Jordan in a move that was backed by the Arab League,” a senior Jordanian official told Israel Hayom.

The real purpose of this committee is to take the responsibility for Jerusalem policy away from the Palestinians and putting it in the hands of the Arab League, primarily those three countries.

Gheit believes that the Palestinian efforts to “sway public opinion” have failed, in fact, the only result of PA President Abbas’ efforts has been to drive a wedge between Pres. Trump and the Arab World.

Referring to the non-binding U.N. General Assembly resolution calling on the U.S. to reverse its decision on Jerusalem, the source said, “Washington has made its views clear and said it would take action against those nations that voted against it at the U.N. General Assembly last week. Now, when it is clear Trump is indeed going to punish those that voted against the U.S., most countries are trying to cut their losses.”

And the major riots Abbas tried to incite never materialized, sure there were small incidents, but thankfully there hasn’t been the major uprising predicted.

Not that Abbas got major help, none of the Arab states gave anything more than a few angry words to fight against the change in U.S. foreign policy.

A senior official in Amman told Israel Hayom that the Palestinians’ colossal failure to create a unified Arab front against Trump’s Jerusalem decision also has Jordanian officials concerned that the kingdom’s status as the custodian of the Islamic holy sites in Jerusalem will be compromised.

He said the Palestinians have tried to compel the international community to intervene over Jerusalem and its holy sites, including by means of tough rhetoric that the U.S. is no longer welcome to mediate peace talks, but Jordan fears these statements will ultimately backfire.

According to a senior Palestinian official, over the past week, Jordan’s King Abdullah II has sent high-level envoys to Ramallah to discuss this matter with Palestinians. But officials both in Ramallah and in Amman say that Abbas and his people have not changed their stance, remaining steadfast in the position that the Trump administration should not be allowed to take part in the peace process.

Per the report, the real reason Mike Pence didn’t go to the Middle East was not the vote on the tax bill but the fact that Abbas was about to embarrass the American V.P. by refusing to meet with him.

“The Americans thought that if they postponed the visit by a few days, things would calm down and that the meeting with Abbas would take place and help calm the violence. But after it became apparent that Abbas would not be meeting Pence, even after the initial delay, the Americans scrapped the December visit altogether,” the official said.

A senior Jordanian official said that Arab states are closely monitoring the Palestinians.

“We are very worried that the Palestinians’ actions  over Jerusalem, their efforts to shun the U.S. from the peace process and their insistence on international intervention, are a double-edged sword that could hurt first and foremost Jordan’s status in Jerusalem and could bring about the exact opposite of the intended result: Many more countries could do what the U.S. has done after seeing that the region has not been destabilized and only a few thousand protesters have taken to the streets,” the official said.

Another Israeli report declared that the Trump Administration will not present a peace plan until the Palestinians chill out and start playing nice with the administration again.  But the White House disputes the report:

“Apparently the outlet that has reported this hasn’t been paying attention over the past several months. As we have said over and over again, we will not impose a peace deal. That is not news. We anticipated a cooling-off period and remain as committed to peace as ever and are working hard on our plan, which we will present when the time is right.”

When one adds the above to the fact that Guatemala has announced they are moving their embassy, and at least 10 other countries are in talks to move their embassies to Jerusalem, that apocalypse predicted by many in the mainstream media because of the President’s announcement is nothing but hyperbole.