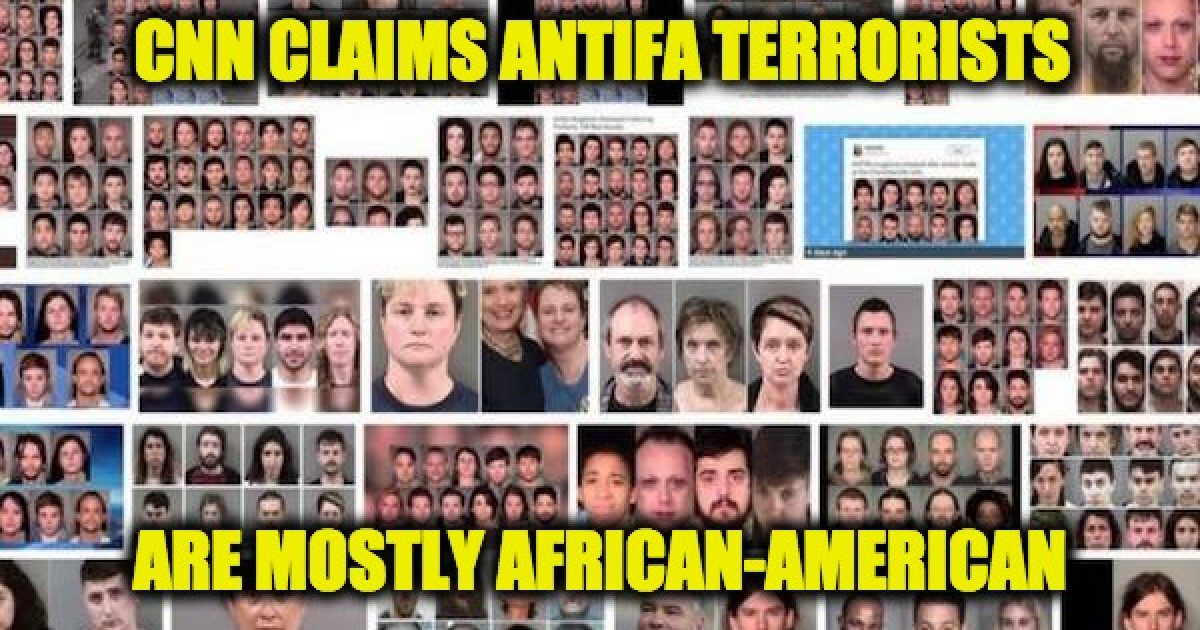 They try so hard to paint false pictures, and yet somehow, CNN always fail harder. The fake news network never fails harder than in their consistent attempts to portray Trump as racist.

Despite being a very successful president who is accomplishing almost everything he promised, it is true that President Trump has some bad qualities, He may be a serial adulterer. At times he can be hyperbolic.  He seems to take too many things personally, and at one point actually thought a bump-stock ban was a good idea. But if there is one single thing that Trump is not, it’s racist.

Yet, try as they might, the left, and CNN (but I repeat myself) are steadfastly determined to find as many bogus reasons as possible to call president Trump a racist. Just imagine if they applied this same dedication to, oh I don’t know, honest reporting, maybe? Anyway, when Trump recently said that Antia was violent (in other news, the sky is blue), CNN “analyst” Jeffrey Toobin said this was racist.

“Let’s be clear also about what’s going on here, the theme here is ‘I’m Donald Trump, and I’ll protect you from the scary black people,’” he said. “Antifa is widely perceived as an African-American organization, and this is just part of the same story of LeBron James and Don Lemon and Maxine Waters and the NFL players and the UCLA basketball players.”

Huh? That’s a strange list.  Besides Antifa, the only cases above where Trump’s criticism wasn’t a response to a to a direct attack on him, was the NFL Players. And his criticism of the players had nothing to do with the pigment of their skin, but the fact that they were dishonoring the country by not standing for the national anthem.

Now, not to trample all over Antifa’s likely glee to get some extra intersectional points for being supposedly black, but if you’re a sensible person, you might be thinking “gee, assuming Antifa is a black organization is kind of racist.”

And I’d be right there with ya. So would, apparently, Candace Owens, the red-pilled former liberal Turning Point USA communications director who has been shaking up the left’s race-baiting since she made her way into the political scene in 2016.

This is literally @CNN being HORRIBLY RACIST. Blaming black Americans for crimes that an ALL-WHITE gang commits—why? Because white Democrats are incapable of violence, and only black democrats are?

UNBELIEVABLY RACIST @JeffreyToobin. ANTIFA has nothing to do with the blacks. https://t.co/Eib9bXd9NB

The left is, once again, foiled at their own game.