“Over-The-Horizon Capability” In Afghanistan Was Another Biden Lie 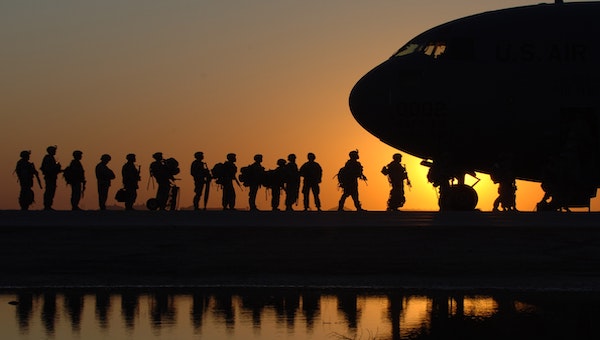 It has been 10 months since America’s shambolic surrender in Afghanistan, coupled with President Joe Biden’s terrible judgment leading to 13 U.S. service members being killed by terrorists in the closing days of our retreat.

Inexplicably, nobody in the White House or Pentagon chain of command has accepted responsibility for the unforgivable decision to turn over securing the perimeter of Kabul International Airport to the Taliban.

Instead of changing course in the face of brutal reality late last summer, Biden pretended to speak directly to terrorists claiming, “Know this. We will not forgive. We will not forget. We will hunt you down and make you pay.”

The haphazard retaliation that followed inadvertently killed 10 civilians, including seven children. The attack was a tragic mistake, no one has been hunted down, and hopefully, no one has forgotten.

Before expressing regret for that travesty, Biden bragged that the United States had “over-the-horizon capability,” enabling us to target terrorists without placing boots on the ground. The administration pushed this myth to advance their flawed narrative that it was safe to leave Afghanistan. But, just like there was no accountability for the death of 13 young military heroes, no administration member has explained how this disaster occurred, given this alleged capability. Instead, undaunted and uninformed, Biden doubled down while addressing the country as the last American plane departed Kabul.

“To those asking for a third decade of war in Afghanistan, I ask: What is the vital national interest?” the president queried. “In my view, we only have one: to ensure Afghanistan can never be used again to launch an attack on our homeland. We will maintain the fight against terrorism in Afghanistan and other countries. We have what’s called over-the-horizon capabilities, which means we can strike terrorists and targets without American boots on the ground – or very few if needed.”

The lazy strawman remains as offensive as when Barack Obama used it a decade ago. No American was “asking for a third decade of war.” As we, and especially the Afghan people, endure the consequences of his ignoble decision.

Perilous events since have vindicated those of us who sought a continued presence in Afghanistan. This vindication comes partly from the reality that “over-the-horizon capability” doesn’t exist. Our multi-generational commitment in Germany, Japan, and South Korea prove that despite what Tucker Carlson nationalists believe, there is no substitute for a U.S. presence.

When we maintained a minuscule but vital force in Afghanistan, America mastered its own destiny; now, the country is at the mercy of Vladimir Putin.

Just like when Biden put American lives at risk by abdicating security responsibility to the Taliban, he has placed our national security in the hands of someone he deemed a war criminal.

Regional countries still hope to work with the U.S. but, considering last year’s debacle, they are understandably concerned the Biden administration’s foreign policy lacks any commitment.

Biden made one crucial point in his surrender speech while arguing, “The world is changing. We’re engaged in a serious competition with China. We’re dealing with the challenges on multiple fronts with Russia. We’re confronted with cyberattacks and nuclear proliferation.”

He’s correct for once, but does he realize Afghanistan is the only country on earth that borders China and Iran while also sitting on Russia’s southern tier? Apparently not.

There is no better forward deployment than Afghanistan’s Bagram Air Base, which offers a free look into those countries. Now, instead of gathering intelligence about China, Russia, and Iran’s repugnant behaviors, China fills the void; Iran, with help from Team Biden, openly pursues a nuclear weapon; and Russia, despite the insouciance of populists left and right, is invading its neighbors to start a new prolonged war, and can veto our ability to operate in the region.

“Over-the-horizon” was a lie, and America is less secure today than a year ago.
\