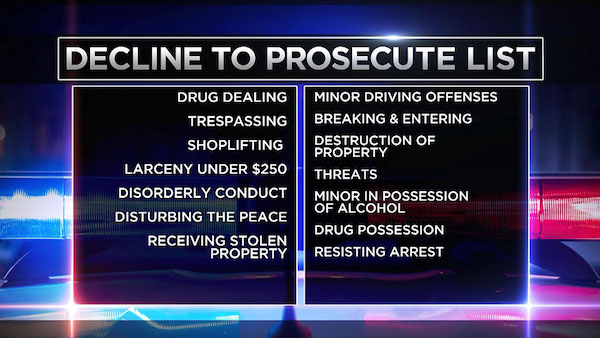 A new Rasmussen survey revealed that public sentiment is heating against prosecutors perceived as being soft on criminals.

According to Rasmussen Reports,

“A new national telephone and an online survey by the National Police Association and Rasmussen Reports finds that 58% of Likely U.S. voters believe a law permitting an appointed state oversight committee with the ability to remove state attorneys from office if they won’t prosecute violent crimes would improve safety.”

The survey found only 21 percent of respondents disagreeing, and another 20 percent aren’t sure.

The survey of 982 U.S. Likely Voters was conducted on Feb. 7 by the National Police Association and Rasmussen Reports with a margin of sampling error at +/- 3 percentage points and a 95% confidence level, the polling firm said.

The problem is becoming acute in some locations mentioned in the Rasmussen report.

In Los Angeles County, Gascon’s approach to “fighting” crime has him in trouble with 69 percent of survey respondents who think the county will be less safe because he won’t prosecute minors in adult court, even if they commit murder, Rasmussen explained.