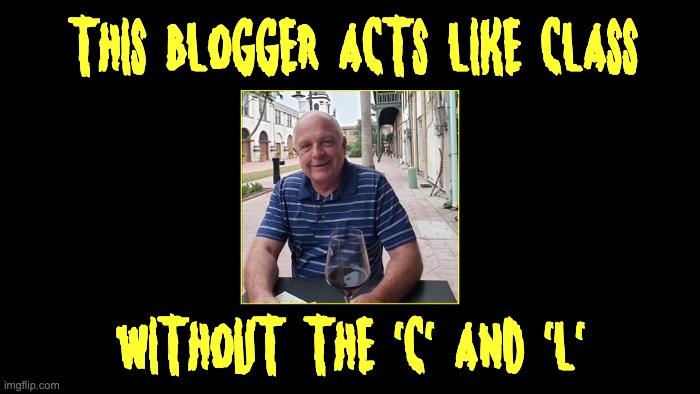 Flores made headlines just a month ago with her historic win in a district that was a Democrat stronghold since 1871.

Dems are scared, and they should be.

She’s been killing it since entered the House.

Maybe that’s why Speaker Pelosi was so perturbed at the swearing-in ceremony. She figured she could take it out on Rep. Flores’s young daughter…well, the royal Pelosi belies she can take things out on anyone and everything (except her expensive ice cream).

Flores is also the first Member of Congress to have been born in Mexico and said in her first speech in the House that she had worked in the cotton fields. Her Hispanic heritage, former job, and being a woman were the basis for attacks by “The McHale Report” blog.

The language first surfaced three days after González’s campaign wrote a $1,200 check to the McHale report blog June 24 for “advertising services,” according to the democrat’s federal election commission finance report.

But the blog, which has called Flores “miss frijoles” 21 times since then, has not published any Gonzalez ads.Source: NBC News

That’s some pretty interesting “advertising,” Rep. Gonzalez. Gonzalez and Flores will face off in November’s midterm election to represent Texas’s 34th District which was recently redistricted and combined to give Democrats the advantage.

In a text to NBC News, Gonzalez’s campaign condemned the language used by the blogger that they had paid to promote their candidate.

“Of course, the congressman is against referring to Rep. Flores as ‘Miss Frijoles’ or a ‘cotton-picking liar,'” wrote Collin Steele, campaign manager for Rep. Gonzalez.

On Monday, Rep. Flores tweeted about the attacks by “The McHale Report” and that the blog had received funding from the Gonzalez campaign.
d

But it wasn’t just a reference to slow-cooked beans and picking cotton.

Jerry McHale, the man behind “The McHale Report,” got very nasty and wrote about Rep. Flores’s lady parts in a rather disgusting way.

The use of the word p**sy in the quote below is understandable. By secretly paying McHale to write putrid rubbish about Rep. Flores and McHale keeping the fact that his slanders are paid, Rep. Gonzalez and blogger McHale are each p**sies

On May 13, Jerry McHale, who has referred to Flores as “Miss Frijoles” and a “cotton-picking liar,” questioned, “DOES FLORES WANT TRUMP TO COME & TAKE HER P**SY???”

Speaking to Fox News Digital, McHale said the posts on the blog are “satire” and that he has never spoken with Gonzalez, who is facing Flores in the November midterm election. He also claimed that Gonzalez’s campaign did not pay him to criticize Flores and that they are not paying him for “anything specific.”

Asked whether he believed it was appropriate to use the derogatory language to refer to Flores, McHale responded, “Miss Frijoles? … I have no problem with it.”

In a June 18 post, McHale, describing a conversation he had with a friend, wrote, “Maclovio O’Malley, la Voz de los Vatos who wants me to put an ad of Vicente Gonzalez in front of my businesses although I have to admit that I would risk my relationship with lovely Amanda for a night with Mayra Flores, says that the Oyster Bar food smells like rotten p**sy. And I have had more than my share of rotten p**sy that I don’t want to endure that culinary catastrophe again.”

McHale said he had “no problems” with the post referencing Flores and the oyster bar.

On July 2, McHale published another blog post quoting an individual identified as Maclovio O’Malley as having said, “Who does this Mayra Flores think she is? Somebody said she was crowned Miss Frijoles 2022 in San Benito. She isn’t in Congressman Vicente Gonzalez’s league. She isn’t even in the bush leagues unless she doesn’t shave her p**sy.”

That McCale and his benefactor Vincent Gonzalez are examples of class— without the “c” and “l.”

A Democrat strategist said that he was surprised at the decision by the Gonzalez campaign to hire McHale because he has an established history of pretty toxic blog posts;

Still, he said, the language in McHale’s blog and Gonzalez’s decision to advertise with him were surprising — Gonzalez last year paid McHale $1,000 for advertising, and the blog is full of posts with racist, crude and bigoted language, like the use of the N-word and derogatory references to women’s private parts, including Flores’ body.

Many Democrat men seem to be oblivious that women are people that deserve respect, especially Republican women.. It wouldn’t be surprising if Mr. McHale falls into this same category, assuming he doesn’t have the face that looks like a pile of dog vomit. (It’s ok, this isn’t an attack, it’s just “satire” like what McHale posts on his blog).

Democrats also seem to think that they “own” minority groups and that any “uppity” member of a minority group “that deigns to think for themselves” will be attacked and face a “high tech lynching.” Perhaps it is their history defending slave ownership or their KKK roots. Who knows.

For years, Democrats have been tossing out racist talking points about African American voters and outright pandering to them in racist ways, and for decades it has (inexplicably) worked in keeping them voting just the way that LBJ had (allegedly) predicted back when he signed the Civil Rights Act.

We’ve seen this from Obama’s “blaccent” when addressing black voters to Hillary’s hot sauce pandering to Joe Biden’s 2012 “put y’all back in chains” lie to his 2020 “you ain’t black” incident.

Now that Hispanic voters are leaving the Democratic Party in droves, the Desperate Dems are using the same playbook, which is just as racist. Right, all you morning Tacos?

The Hill was recently blasted for tweeting that the GOP’s gain with Hispanic voters is somehow “stealing” them from Democrats.

See? It’s always about who “owns” who — you can’t steal something if it doesn’t belong to you, and clearly, The Hill thinks that Hispanics are “owned” by the Democratic Party.

It’s utterly racist, and Democrats seem to be oblivious to that.

This brings us back to the attacks on Rep. Mayra Flores.

While Gonzalez and other Democrats are distancing themselves from the racist smears, Jerry McHale remains defiant.

“I am a liberal Democrat. And it’s war against the Republican… I’m going to be merciless with her,” McHale told NBC News.

Alright, then. If this is how you want to play it, go ahead and expose your racism and sexism to the Hispanic voters. I’m sure they’ll just love it.

It’s hard to understand how McHale gets paid to write disgusting hit pieces and keeps the payments secret from his readers. THAT is fake news. But his audience doesn’t leave, just like liberals who watch left-wing news channels. They just eat it up.

The midterms will undoubtedly be fun.

At Hot Air, Ed Morrisey published a great analysis of this incident while explaining his love of frijoles. It’s worth your time to give it a read by clicking here.