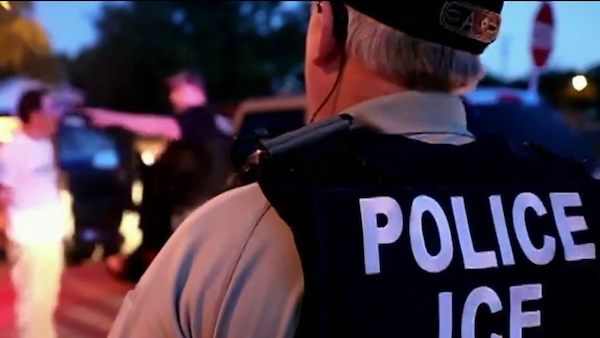 Between Sept. 28 to Oct 2, U.S. Immigration and Customs Enforcement (ICE) ran an operation called Operation Rise that resulted in the arrest of over 125 illegal aliens in California who were aided and abetted by the state’s “sanctuary state” policies.  The aliens targeted were arrested for crimes but were released by state or local law enforcement agencies, despite having active immigration detainers in place. Over 95% percent of those aliens arrested, had criminal convictions or pending criminal charges at the time of their arrest.

“Unfortunately, certain local politicians, including many in California continue to put politics over public safety. Instead of fulfilling our shared mission to protect our communities, they would rather play politics with the law by enacting so-called sanctuary city policies to the detriment of our country’s safety,” said Acting Secretary Chad Wolf “Operation Rise is proof-positive that we will never back down from enforcing the rule of law, with or without the cooperation of local politicians.”

And we know that in leftist California it will be without cooperation.

“A part of ICE’s mission is to protect the American people and provide security to our communities. We accomplish this when we are partners and not adversaries with our localities. These partnerships allow ICE to secure dangerous criminal aliens prior to their release into the communities thereby reducing the opportunity for recidivist behavior. Unfortunately, California’s sanctuary laws protect and shield criminal aliens, harboring them in our communities where they can potentially reoffend and revictimize.”

That’s the point that liberals can’t understand. These criminal illegals can re-offend and hurt the communities the politicians are supposed to protect.

Per ICE, arrests made during this operation include

Much to the chagrin of the pro-illegal alien leftists, ICE points out that the vast majority of their enforcement and removal operations (ERO’s)consisted of illegals with criminal convictions or pending criminal charges. For the fiscal year, 2019 (Oct. 2018-Sept. 2019) ICE reports that approximately 86% of ERO’s fell into that group. During that year the arrests included criminal illegal aliens with more than 1,900 convictions and charges for murder, 1,800 for kidnapping, 12,000 sex offenses, 5,000 sexual assaults, 45,000 assaults, 67,000 crimes involving drugs, 10,000 weapons offenses, and 74,000 DUIs.

The operation in California continues in that direction, concentrating illegals who have committed other crimes.