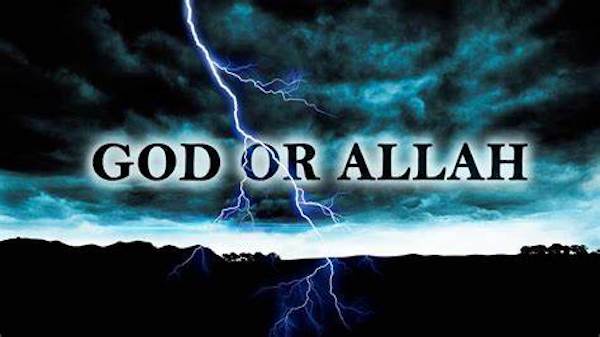 Recently, many people went crazy when a student of Justice High School in Fairfax, Virginia, led the attendees at the graduation ceremony in the Pledge of Allegiance. When the student got to the part about “one nation under God,” she said, instead, “one nation under Allah.” Per the school district, her adlib was apparently made without any permission from school officials. Many people outside the school were upset about the student’s words as I was. But my disagreement was for a different reason.

Most of the “freak out” about the substitution of Allah for God was because of the belief that Allah is not the same God as the Judeo-Christian one.

My upset was based on the fact that she was tasked with leading the Pledge of Allegiance, the words of which were set by a joint resolution of Congress. In other words, the student didn’t do the job for which she was tasked.

I can’t speak for Christian views, but in Jewish Theology, God’s name isn’t God. It’s more like a job description. Just look at what the ten commandments say, “You shall have no other gods before me.”  In the Torah, the creator of the universe has real proper names (more than one), all of them referring to the same being.  That is why I can write out the word God–it’s not taking the name of God in vain—because it’s not his name.

Just like Judaism and Christianity, Islam believes there is only one God. Therefore I truly believe that the people who are freaking out because of the substitution of Allah for God because Allah is not the same God as God are over-reacting. The graduate was wrong because she didn’t recite the legal Pledge, not because she believes that God’s name is Allah.

I  have a solution to ensure this never happens again. Wouldn’t it solve many of our problems if we changed the word that every faith uses to refer to the Creator of the Universe? If we all referred to God with the same word. If we can change the word mother to “birthing person,” why can’t we change the word, God. If everyone called God the same exact thing, we could concentrate on what God was trying to teach us.

I don’t think using Allah could gain broad acceptance. It has much too much baggage for non-Muslims. Besides, Muslims don’t like it when we infidels use the word. And I don’t think that Muslims would want to use the term, God. It’s English—and would almost be like converting and becoming part of the great Satan (what they call the United States).

I’ve given it some thought and came up with a suggestion for a brand new non-denominational term for the Big Guy in heaven. My Suggestion is Bob.

Bob would be a perfect name for God. First of all, you wouldn’t have to commit to major reformatting of the English print versions of the Bible. Both Bob and God have three letters, so the new name would fit in perfectly. The online versions wouldn’t have to be reformatted either.

Sure the Koran would have to be changed, but we could sell it based on the fact that Bob has two fewer letters than Allah, so the name would save paper and ink costs.

Heck, based on the paper and ink savings, I bet liberals could even be convinced that the switch to Bob will help reverse climate change (since it is really just part of the natural cycle of the Earth and has nothing to do with humans, they will be easily fooled). 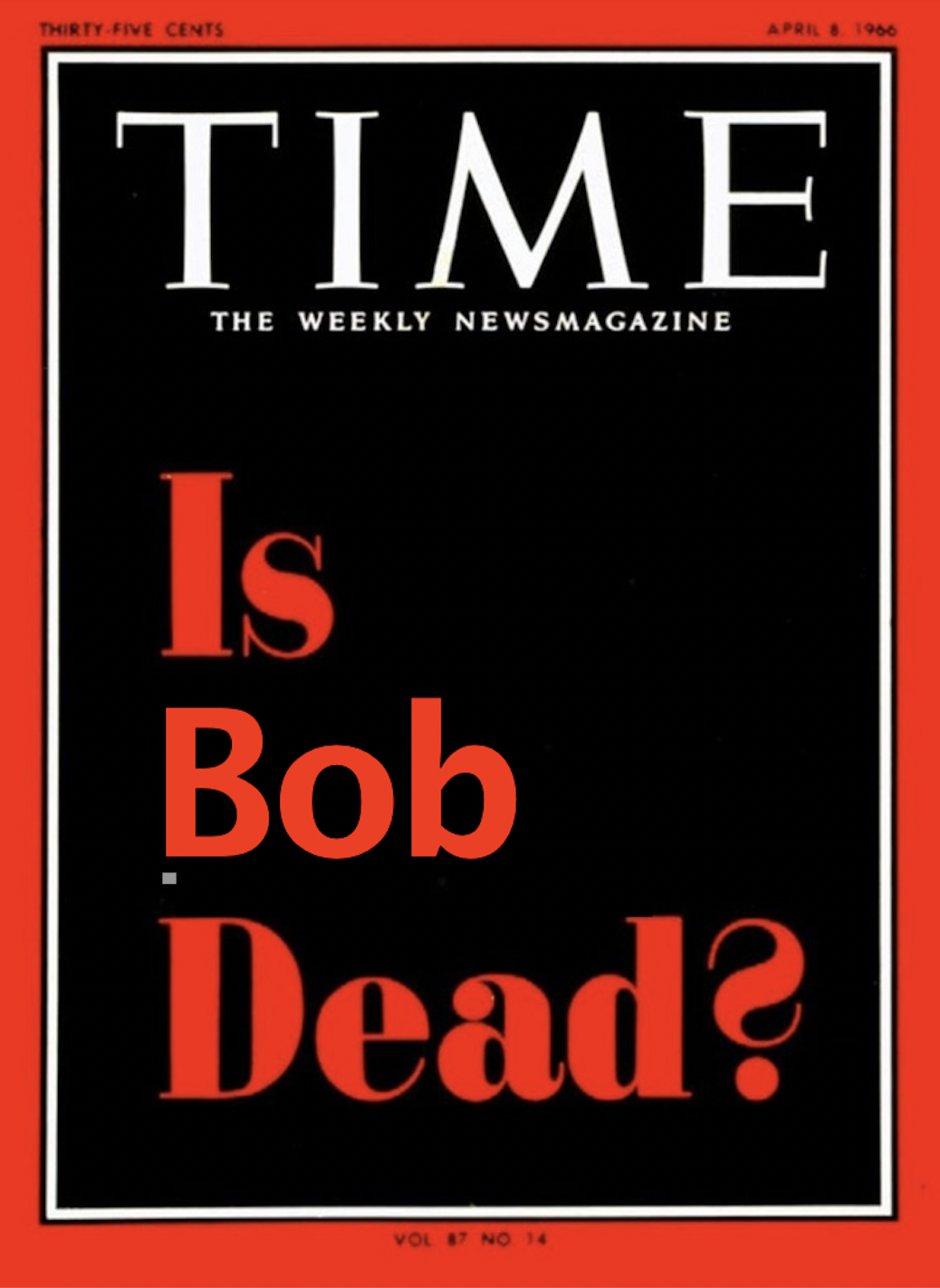 Also, based on all the crazy things the Democrats are shoving into the infrastructure bill, if there are new bible printing costs, maybe they can be paid by the federal government.

God’s new name would make our maker seem so much more approachable. Bob is such a friendly-sounding name. If we make the change, perhaps we won’t see a Time Magazine cover asking, “is Bob Dead?” And think about the people who have the habit of using the word “Dammit” after the word God. Their favorite expression will no longer be blasphemous since God will have a new name.

You know how the woke types hate words that trigger minorities’ bad feelings? Here’s one group that will be helped by the change, people who suffer from dyslexia.  They will no longer be embarrassed by saying to their friends…”I swear to dog,” when they mean ‘I swear to God.” Because Bob is a palindrome, so spelled backward, it is still Bob.

Think about the children. They will feel so much more comfortable going to a house of worship and praying to Bob.  It will be so much easier for them to have a personal connection with their deity if he’s named Bob –it’s such a warm-sounding name.

The only objection I can find to the use of Bob is that it is also a common name for people. Things could get a little confusing. For example, human Bobs might start to wonder why every time someone sneezes, they hear someone  call out “Bob  Bless You,”  and the famous Marlon Brando will have to be renamed: 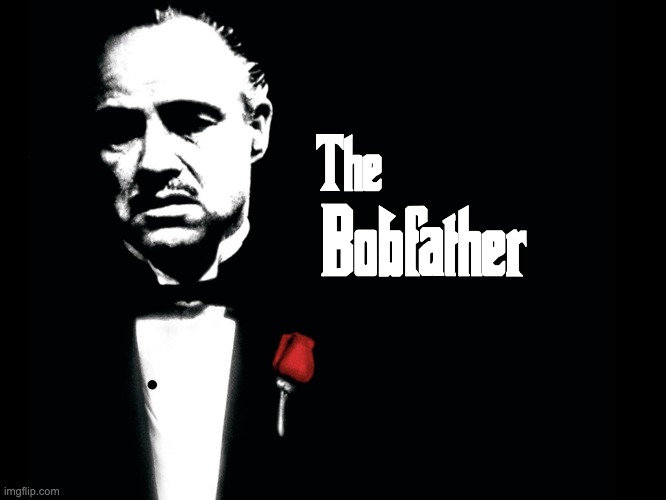 But as far as I’m concerned, that’s a small price to pay. Besides, there is proof that the humans named Bob really
shouldn’t be confusing. I have two Hispanic friends who are very Catholic and are named Jesus—there is no confusion.

We would have to officially change the words of the Pledge of Allegiance to “one nation under Bob.”

There it is–my case all laid out. In my humble opinion, changing the Big Guy’s title to Bob is a great idea. Some might even call it a Bob-send.

If we can all agree to call God the same thing–maybe–just maybe we can listen to his voice and follow the teaching of the God, Bob, or Allah that is within us all. Perhaps then, all faiths, even the radical ones, will start respecting other people’s beliefs. That may even motivate graduating seniors may follow the official text of the Pledge of Allegiance. And perhaps even our leftist governments will start respecting everyone’s religious beliefs, even if their faith disagrees with their politics on issues such as respecting life.

If everyone used the same word for God, maybe American liberals will realize that Christians are being massacred overseas or Antisemitism here in the United States is a much bigger problem than Islamophobia.  If we all referred to the deity the same way, perhaps more people would listen to what it says in the 19th chapter of the book of Leviticus, “love your neighbor as yourself.”  I am not a prophet, so I would never profess to know what God is thinking, but deep in my heart, I have the feeling that Bob would prefer it that way.