Democrat Rep. Omar Issued A Call To Arms For Her Fellow Muslim Americans 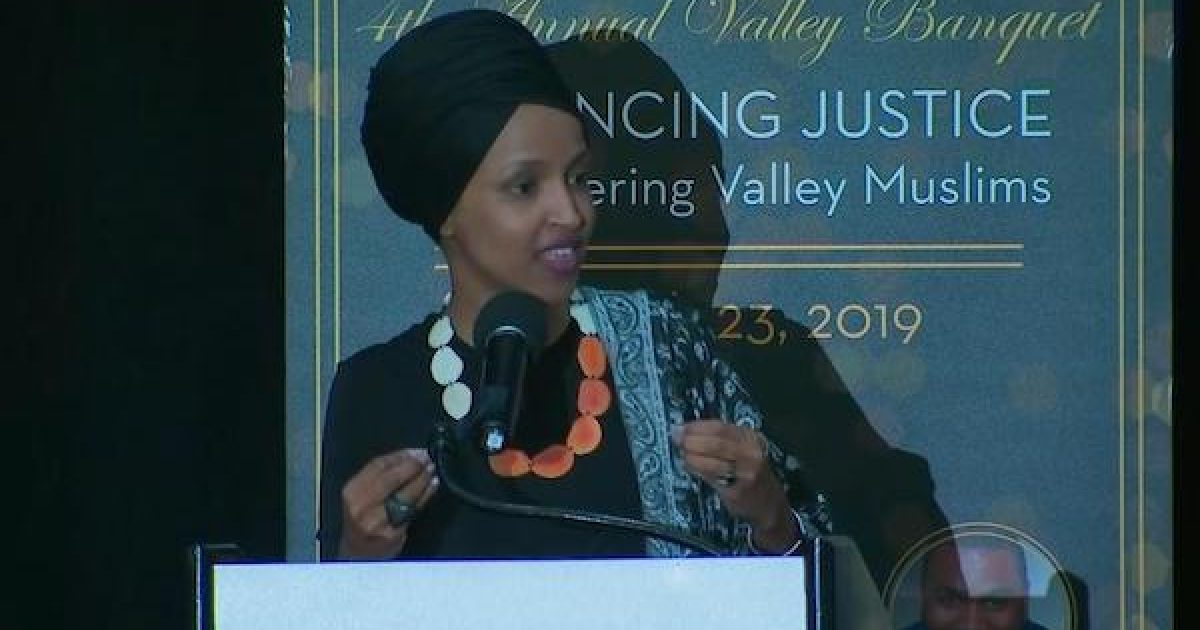 Democrat Rep. Ilhan Omar has issued a call to arms for her fellow Muslim Americans to raise hell in America.

“I say raise hell, make people uncomfortable. Because here’s the truth. For far too long, we have lived with the discomfort of living as second class citizens and I’m tired of it.”

“Muslims are told that we should not bother anyone, not make any kind of noise, be a good Muslim. But no matter how much we have tried to be the best neighbor, people have always worked on finding a way to not allow for every single civil liberty to be extended to us.”

The meetings have been deliberately closed off from the MSM and hidden from public view to avoid scrutiny, The Washington Free Beacon reported.

The content of these speeches, given to predominately Muslim audiences, remains unknown, prompting some of Omar’s critics to express concern about the type of rhetoric she is using before these paying audiences, particularly in light of the lawmaker’s repeated use of anti-Semitic tropes in public.

Omar recently spoke in Florida at a private event hosted by Islamic Relief, a charity organization long said to have deep ties to groups that advocate terrorism against Israel. Over the weekend, she will appear at another private event in California that is hosted by CAIR-CA PAC, a political action committee affiliated with the Council on American Islamic Relations, or CAIR a group that was named as an unindicted co-conspirator in a massive terror-funding incident.

Omar’s appearance at these closed-door forums is raising eyebrows in the pro-Israel world due to her repeated and unapologetic public use of anti-Semitic stereotypes accusing Jewish people of controlling foreign policy and politics. With Omar’s popularity skyrocketing on the anti-Israel left, it appears her rhetoric is translating into fundraising prowess.

Promoting Insurrection against the US is a crime, whether or not you’re a Muslim, a Democrat, or a woman. This is very dangerous rhetoric.

This woman is doing her people, and herself, no favors with her rants, raves, and nose-thumbing toward the Americans. How long are we going to have to put up with this anti-American?