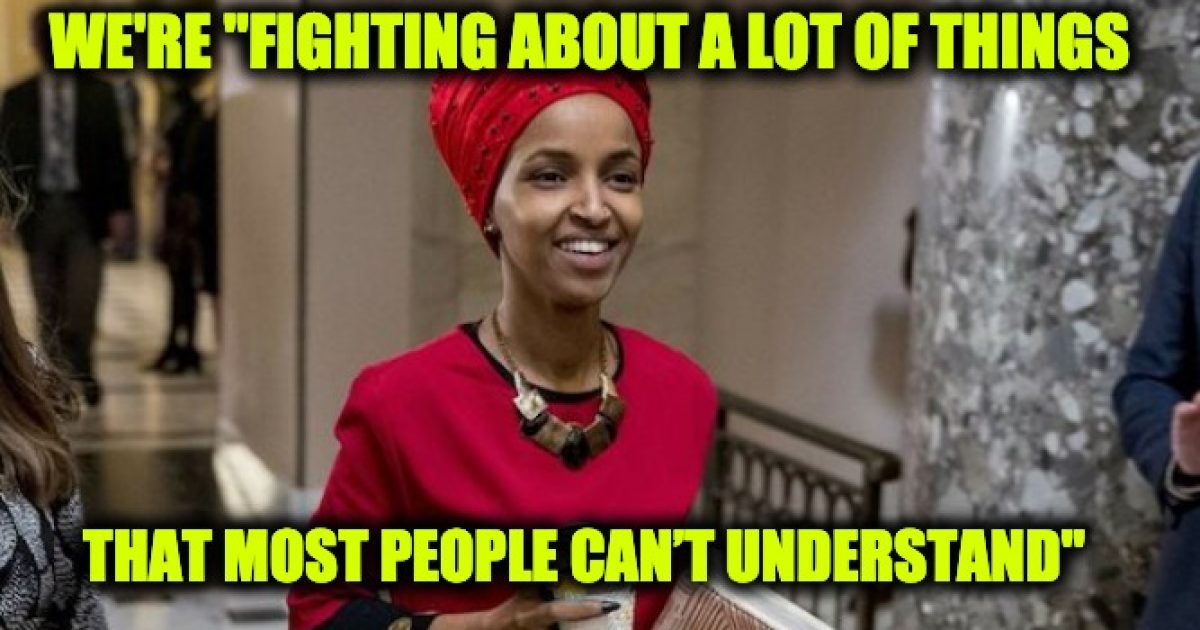 In a way, she might be correct because Democrats like her know how to get away with being anti-American and anti-Semitic. However, that’s not Rep. Omar meant when she spoke with Mehdi Hasan and Michael Moore on The Intercept’s Deconstructed podcast that was released on 10/24/19.

“What I also believe is that there is a Warren-wing of our party, and I would say that’s most Democrats,” Omar said, referencing Sen. Elizabeth Warren (D-MA). “I mean it’s the one thing that everybody accuses us of. We think we’re the smartest in the room. We are very policy-oriented. We care about the details,”

Of course, they care about the details. They can’t eliminate freedom and turn a democratic republic into a repressive socialist state without paying attention to the details.

“Just today we were, you know, fighting about a lot of things that most people can’t understand, and there is that aspect of a Warren that is exciting. She has a plan for everything,”

Many people agree that Sen. Warren has a plan for everything. The only thing she doesn’t have is a plan to play for her plans for everything. Well—except for taking everything from everyone.

Just because she said nice things about Warren, doesn’t mean she still doesn’t feel the Bern:

And she hasn’t thought about what to do if Bernie loses. She was asked what she would do if she had to choose between Hillary or Tulsi. She answered, “none. She gave the same answer when asked to choose between Joe Biden or Mayor Pete Buttigieg. “But if you had to pick one? If one of them is the candidate for your party, who would you rather it be?” Hasan pressed. “So you’re saying if something tragic happens and they ended up being the nominee?” Omar asked? “I don’t know! It’s hard!” said Omar.   According to some reports  “it’s hard is something Rep. Omar has said to her brother, and one of her campaign consultants.

You can listen to the entire interview by clicking here.