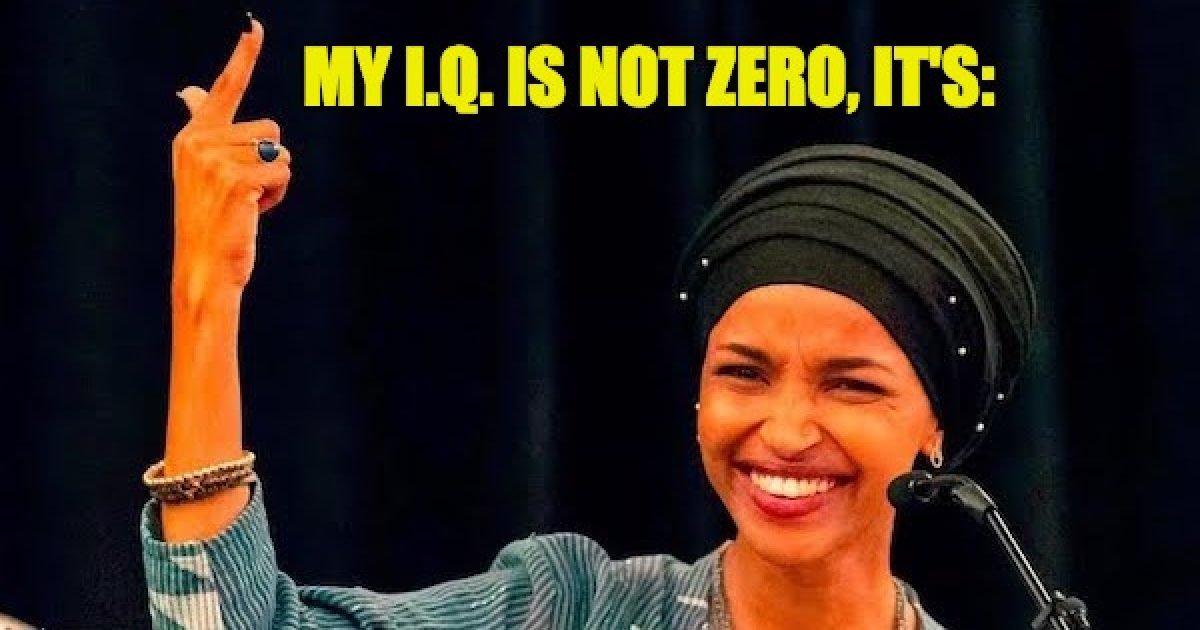 Maybe she believes too many Jews work for the department because in a tweet posted on Friday, Rep. Ilhan Omar, the Minnesota Democrat who seems to have a soft spot in her heart for terrorists, said in no uncertain terms that the Department of Homeland Security should receive absolutely no funding whatsoever.

“When Democrats stood our ground last month, we proved that Individual 1 does not have the public support to ram his hateful wall through Congress. Let’s stand firm: #Not1Dollar for DHS,” she tweeted. “Individual 1” is generally believed to be a reference to President Trump.

To fully understand exactly what Omar is calling for, let’s take a visit to the DHS website, shall we?

The DHS site tells us that its mission is “…to secure the nation from the many threats we face. This requires the dedication of more than 240,000 employees in jobs that range from aviation and border security to emergency response, from cybersecurity analyst to chemical facility inspector. Our duties are wide-ranging, and our goal is clear – keeping America safe.”

But there’s more.  The DHS website tells us that it’s responsible for, among other things, the Coast Guard, the Secret Service, the Federal Emergency Management Agency, or FEMA, the Transportation Security Agency (TSA), the Countering Weapons of Mass Destruction Office, the Customs and Border Protection Agency and ICE.

If Omar were to have her way, all of these agencies would be defunded, making America less safe.

Please reexamine your oath of office. If you cannot fulfill it, please resign https://t.co/XDOxz97G2m

This is who @TheDemocrats of @Minnesota voted into Congress. Her antisemitism wasn’t enough to deter voters, so they saddled America with #IlhanOmars‘s ignorance.
The next murdered innocent by an illegal alien is on your hands.

Ok. #Congress . You all need to take a civics class. @DHSgov houses many different agencies including the Secret Service, TSA & The Coast Guard. @ICEgov does a whole lot more than just work near Mexico
Until you all learn Our Gov’t maybe we should vote to #DefundCongress !

Then how will the TSA officers get paid?

They wouldn’t because there would be no TSA if she had her way.

Omar does not seem to get it or just don’t really give a dam, without a wall and border security we would have more killings from people who sneak through Mexico to get into this country by lone wolfs and undocumented immigrants. Over 30 alone where killed in Ca pic.twitter.com/6I2bRxf9sH

I hope the people in Minnesota fix this in 2020.

There really needs to be some kind of test of SOME knowledge about how our country works before someone can get into congress. Our congress is turning into an immature high school club!

Now there’s an idea we can get behind since it appears the inmates are running the asylum.

What’s next?  The mind boggles.

UPDATE: Omar is angry for at the people who used her own words against her

Ohh the lengths the right will go to smear me…@RepPressley, @RepRashida, @RepAOC and I are calling for #not1dollar more in new funding for Trump’s abuses under DHS.

So of course Fox “News” says I want to defund the whole Department! Anything to discredit and vilify us. pic.twitter.com/qAW81ouM7X

Of course, her original tweet didn’t make that distinction:

Perhaps the bad twitter reaction is making her change her story,