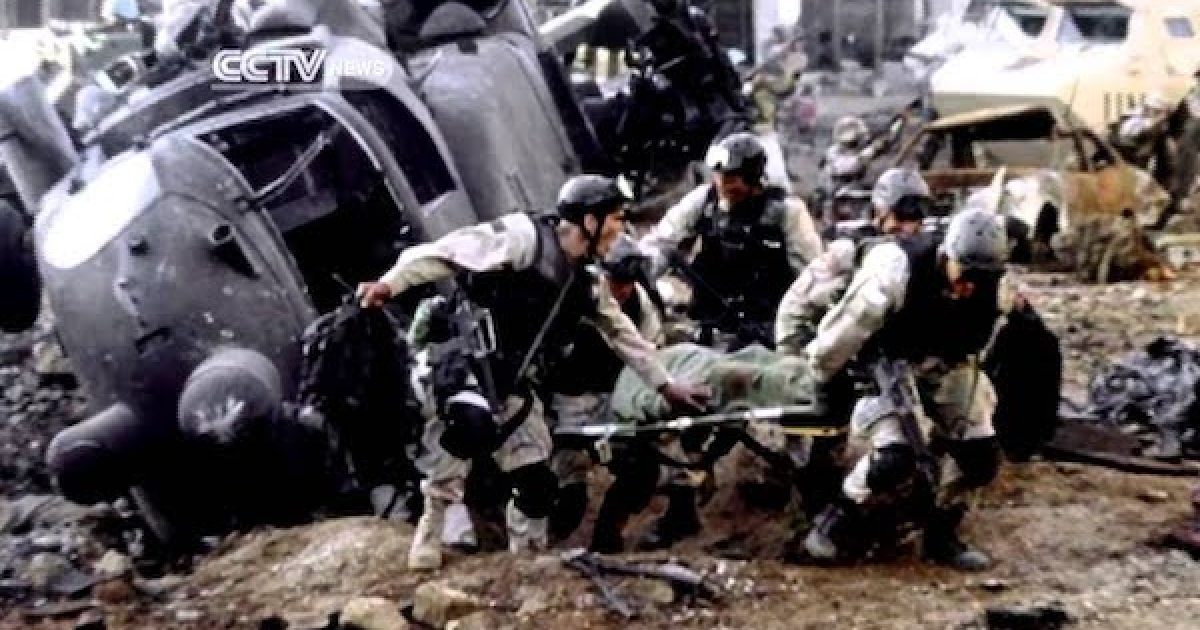 Once again displaying her lack of love for this country and the heroes who served, Minnesota Democratic Rep. Ilhan Omar attacked U.S. soldiers who died fighting in the Battle of Mogadishu the ‘black hawk down’ operation.

“In his selective memory, he forgets to also mention the thousands of Somalis killed by the American forces that day! #NotTodaySatan,” Minnesota Democratic Rep. Ilhan Omar wrote in a tweet on October 16, 2017.

A newly unearthed tweet shows Minnesota Democratic Rep. Ilhan Omar attacking the U.S. soldiers who fought and died in the Battle of Mogadishu.

“In his selective memory, he forgets to also mention the thousands of Somalis killed by the American forces that day! #NotTodaySatan,” Omar wrote in a tweet in October 2017, uncovered Monday by John Rossomando of the Investigative Project on Terrorism.

Omar was responding to another tweet about the Battle of Mogadishu, a 1993 humanitarian operation by the U.S. military that sought to save starving Somalis by preventing food and aid from being captured by enemy combatants. The battle ultimately took the lives of 19 American soldiers and wounded 73 others, and it became the subject of the famous Hollywood movie “Black Hawk Down.”

Estimates on how many Somalis were killed in the fighting vary, with some as low as 133 and others closer to 1,000 — but none as high as “thousands,” Fox News reported.

Is the media going to ask every Democrat if they agree with Ilhan Omar that American troops are killers?!? https://t.co/oTknkE0Uf0

Are you a United States Congresswoman? https://t.co/iNpM6swcO3

Minnesota Democratic Rep. Ilhan Omar also forgets that by conservative estimates, about 100,000 lives were saved from death by starvation as a result of international assistance that was protected by U.S. troops.

Needless to say, Ilan Omar is not only profoundly ignorant beyond belief but she could care less about facts, reality, or truth, she lives in her own deranged fantasy world, spreading propaganda lies, incendiary dogma as a political gaslighter.

The MSM literally does not vet anyone on the left, they don’t look at their tweets, nor their yearbooks, nor look into any of their past histories.

That is why you end up regretting a previous action by some candidate on the left after they are already in office because the MSM does not care to even take a peek at their past.