The Old Blue Wave, She Ain’t What She Used To Be 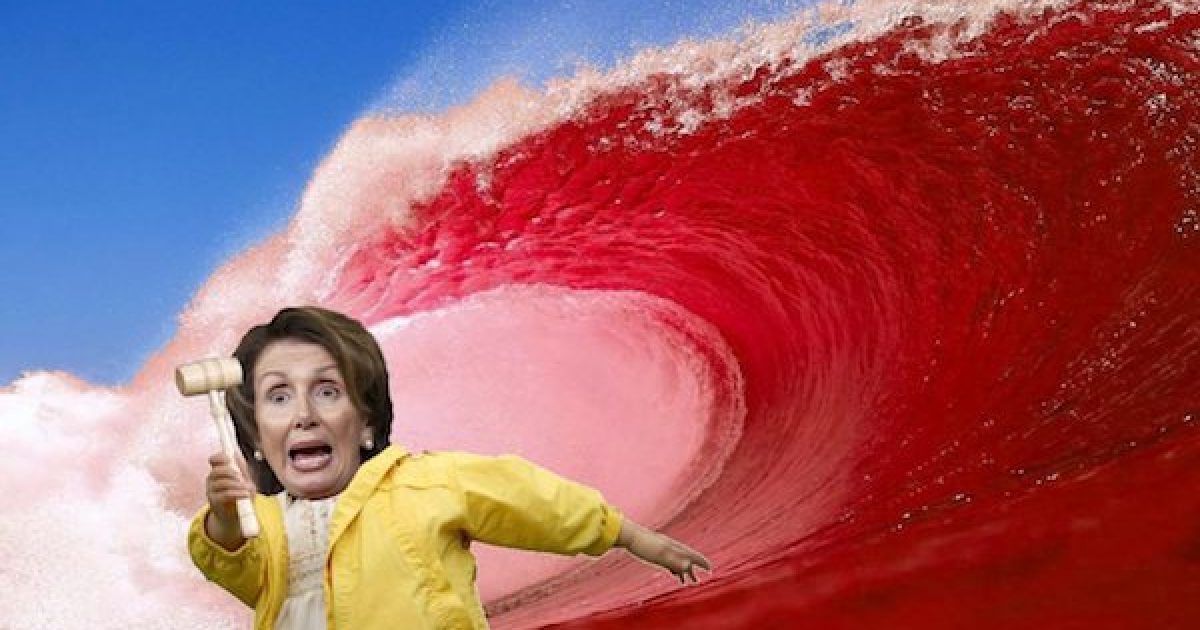 For months the mainstream media has been ballyhooing the supposed “blue wave” advantage that Democrats have had on the”generic ballot,” but one reason you’ve heard less of that story lately is that the numbers favoring Democrats have evaporated.

If you pay any attention at all to the media’s reports on the coming general election, the midterms, you’ve no doubt her that the Democrats are going to enjoy a “blue wave” bringing them roaring back to power. The media has based this assumption on the higher poll numbers that the Democrat Party has enjoyed until recently.

This higher “generic ballot” polling has led the liberal media to declare 2018’s election a lock for significant Democrat gains. But will that happen? Are media reports correct?

Well, according to some polls, that “generic ballot” advantage has disappeared. The below represents every survey displayed in Real Clear Politics that ended in August and the previous result of the same poll:

In each case, the gap between the two parties is shrinking. In fact, if you look at the entire RCP average over the past thirty days what was an eight percent Democratic Party lead is now down to 3.9% 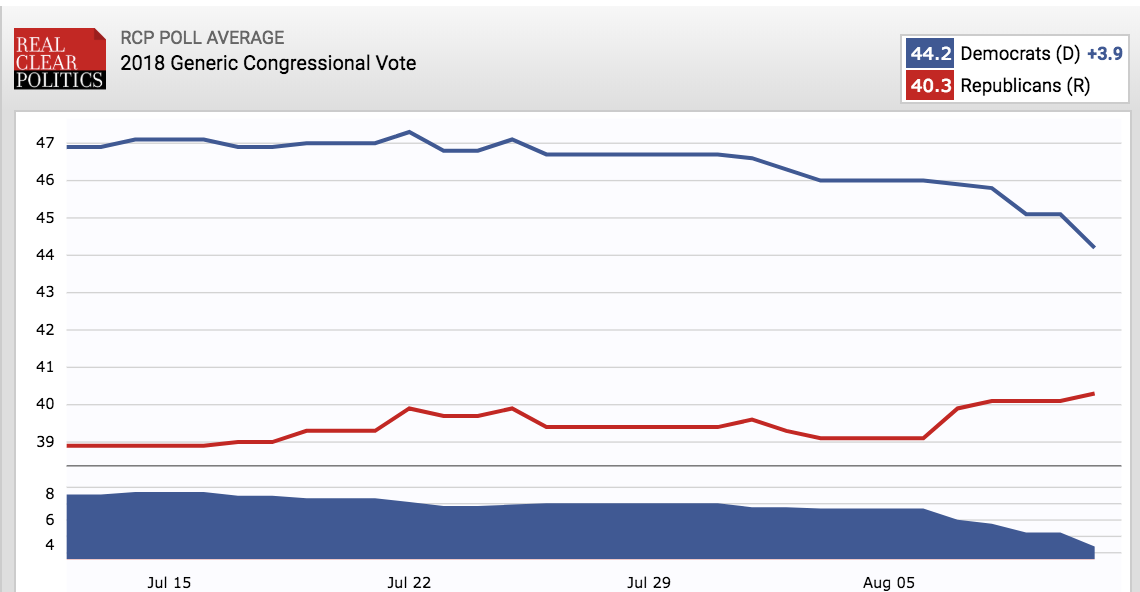 Indeed, during this just completed primaries, Trump endorsed five candidates and all five won. So, to clam Trump is dragging down candidates — as the liberal media keeps doing — does not exactly comport with reality.

The Democrats need to flip 24 GOP seats to regain control of the House. But a number of contests in southern California and even traditionally Blue Minnesota could be slipping from the Democrats’ grasp, the latest polls show.

Another exciting place to watch will be in Minnesota. The Land of 10,000 Lakes has been a dead-lock Democrat vote for decades. But, but some reports Minnesota may have a few districts that will go Republican, if not this election, then in the next. This is a blow to the Democrats because not only do they need to pick up an awful lot of seats to take control of Congress, but they also need to hold ALL the positions they already have.

Just remember, Republican voters. You NEED to vote. Because voting for even a crappy Republican is better than seeing ANY Democrat elected.

Don’t accept the media’s assumption that the Democrats will win. You need to act. Remember, it is not a fear but a fact that if the Democrats win control of Congress, they will repeal our tax cuts, hurt of business and energy sectors, block further conservative judges, and plunge the nation into the morass of impeachment proceedings.

YOU can stop this by voting.