Oh, Come On! Now Santa Claus Should Be Gender Neutral? 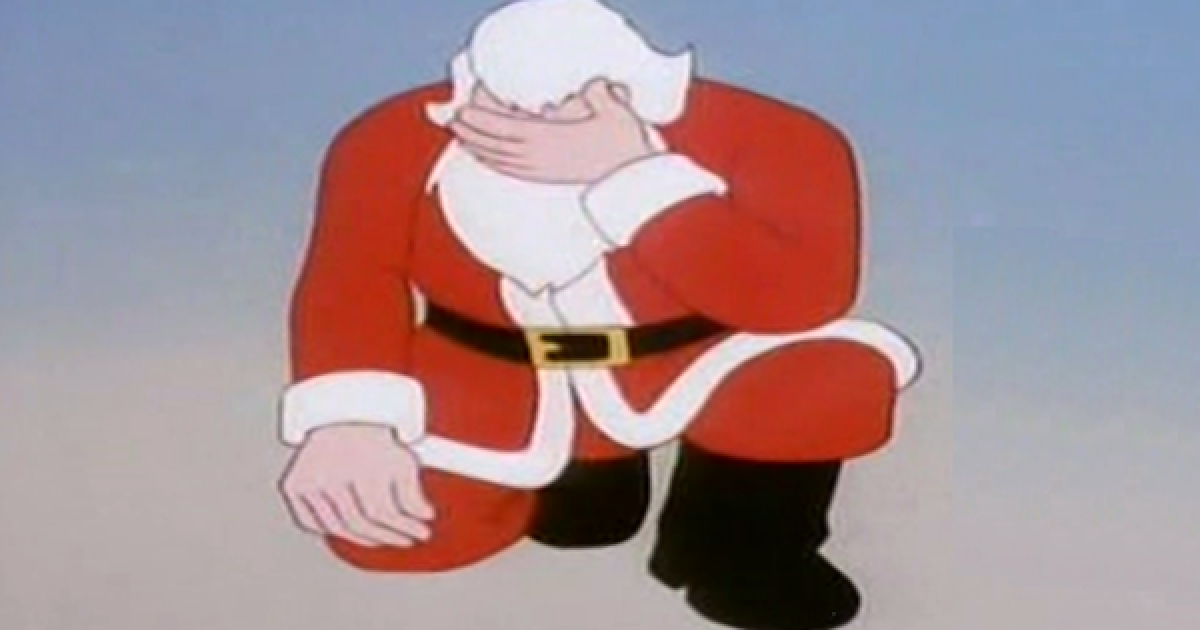 America is completely confused these days: A new survey found that over 27 percent of people asked would re-brand Santa Claus as a woman or gender-neutral. The poll, from a graphic design company, reported that 10% of the people surveyed wanted Santa Claus to be a woman, and over 17% wanting HIM to be gender neutral. Or…wanting him to ditch the fancy red suit for skinny jeans and an iPhone. Oh, and tattoos. And Amazon Prime instead of reindeer.

Perhaps the desire for a “new” Santa comes from the everyone gets a trophy, no one loses, everything is done for them, hide in safe spaces generation. You know, the kids who have never learned how to think for themselves because they have been spoon-fed since birth generation. Most of these kids have never seen a reindeer, nor have they ever seen a sleigh or even know what it’s like to ride in one.  These young adults have their heads firmly ensconced in the iPhone.

One person responded to News 12 in New Jersey:

Creepy? Another brainwashed child of the politically-correct narrative

It’s just another way that modern America is trying to erase history. “Santa Claus” is loosely based on “Saint Nicholas,” who lived between 270 and 343 C.E. in Myra, which was then in Turkey. He was a bishop of a church and had a habit of giving gifts. (The Bishop part is probably another mark against him with the PC set). 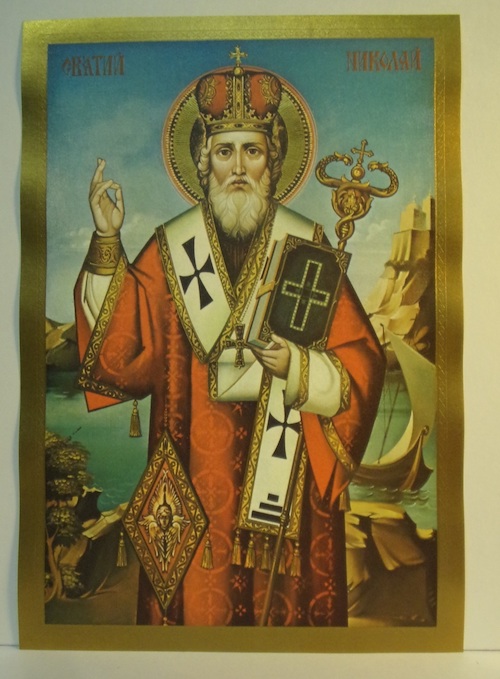 One story about him goes like this, according to WhyChristmas.com

“There was a poor man who had three daughters. The man was so poor that he did not have enough money for a dowry so his daughters couldn’t get married. (A dowry is a sum of money paid to the bridegroom by the bride’s parents on the wedding day. This still happens in some countries, even today.) One night, Nicholas secretly dropped a bag of gold down the chimney and into the house (This meant that the oldest daughter was then able to be married.). The bag fell into a stocking that had been hung by the fire to dry! This was repeated later with the second daughter. Finally, determined to discover the person who had given him the money, the father secretly hid by the fire every evening until he caught Nicholas dropping in a bag of gold. Nicholas begged the man to not tell anyone what he had done because he did not want to bring attention to himself. But soon the news got out, and when anyone received a secret gift, it was thought that maybe it was from Nicholas.”

Some, but not all, of this generation of young adults, are continually trying to “update” things to suit themselves.  They want to “update” the Constitution by removing parts of the Bill of Rights. They find socialism more attractive than capitalism because in capitalism you have to work to get ahead and in socialism, you get free stuff. (Until everyone else’s money runs out and then you get rats or your pet Chihuahua for dinner).

Will the next step of the PC police to ban Santa’s tagline, “ho, ho, ho,” because it is a slight towards prostitutes?

It’s a different kind of world we live in now…so the concept of an “old white man” giving gifts freely is “creepy.” But the concept of Santa, the loving, giving, jolly old man who loves children, is a special part of the world’s traditions. Let’s end this with an editorial that was written to a child named Virginia O’Hanlon, who asked if Santa was real because her friends claimed he was not.

“Virginia, your little friends are wrong. They have been affected by the skepticism of a skeptical age. They do not believe except they see. They think that nothing can be which is not comprehensible by their little minds. All minds, Virginia, whether they be men’s or children’s, are little. In this great universe of ours, man is a mere insect, an ant, in his intellect as compared with the boundless world about him, as measured by the intelligence capable of grasping the whole of truth and knowledge.”

“Yes, Virginia, there is a Santa Claus. He exists as certainly as love and generosity and devotion exist, and you know that they abound and give to your life its highest beauty and joy. Alas! How dreary would be the world if there were no Santa Claus! It would be as dreary as if there were no Virginias. There would be no childlike faith then, no poetry, no romance to make tolerable this existence. We should have no enjoyment, except in sense and sight. The eternal light with which childhood fills the world would be extinguished…” Francis B. Church, New York Sun Newspaper, 1897

The picture below,  according to the survey the below is the “new” Santa.

Parts of this post were initially seen at ConservativeFiringLine.