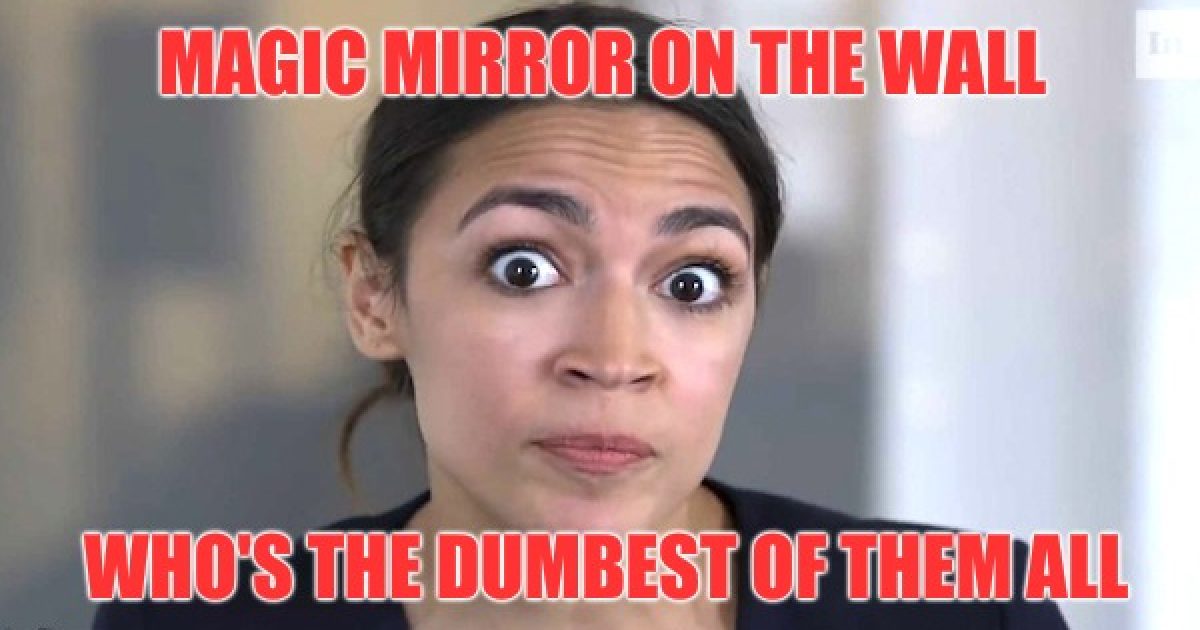 Remember as you read this that Alexandria Ocasio-Cortez, the Democrat Socialist elected to Congress from New York is what DNC boss Tom Perez says is the “future” of the Democrat Party.  On Saturday, Politico noted the civics-challenged congresswoman-elect misquoted the Constitution while threatening to run for President.

According to a recap at Politico’s Playbook:

OVERHEARD Thursday at a POLITICO photoshoot at Harvard: REP.-ELECT ALEXANDRIA OCASIO-CORTEZ (D-N.Y.) joking about running for president. PHOTOG: “What are you, twenty…?” AOC: “29. I just turned 29.” PHOTOG: “Happy birthday.” AOC: “Thank you! Thank you!” PHOTOG: “You can’t even run for president for another six years.”

PHOTOG: “That is awesome. All the people who say a literal interpretation of the Constitution is the only thing you should be paying attention to.” AOC: “Exactly, all those Constitutionalists, I will keep vigilance.

There’s only one problem.  Ocasio-Cortez got it wrong, as usual.  The Constitution — a document she clearly is unfamiliar with — does not say “he” cannot run — it says “any person.”

Article II Section I of the Constitution, reads (Emphasis added):

Ocasio-Cortez has become infamous for her many gaffes about government and politics. On Friday, there were calls for a House Ethics investigation after the congresswoman-elect threatened to subpoena Donald Trump Jr. over a meme mocking socialism.