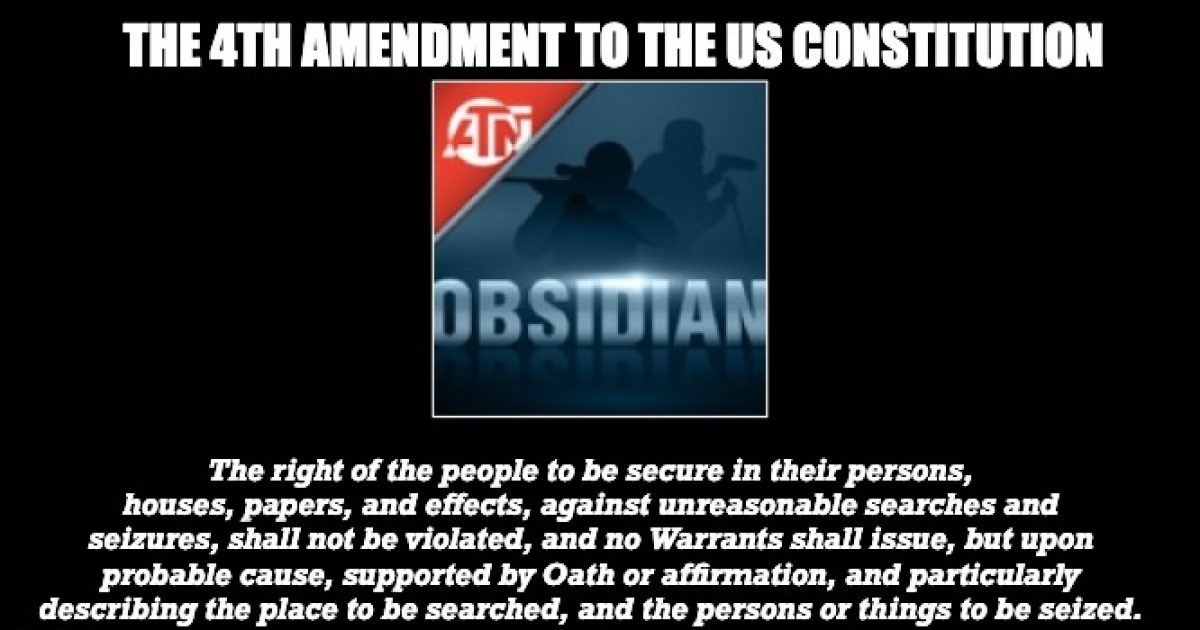 It’s called the Obsidian 4 app, and it’s used to connect cell phones to ATN rifle smart scopes to calibrate them and allow live streaming and videos. A motion filed by the Department Of Justice Thursday demands that Apple and Google turn over the estimated10,000 plus names and identifying data of users. The motion revealed by Forbes Magazine sent ripples through the 2nd amendment community and should send shivers through anyone who believes in the 4th Amendment guarantees against illegal search and seizures.

What is the government up to now? The court has not yet approved the application as of this writing.

The company that created the app is American Technologies Network Corp (ATN), which is a specialist in night vision technology. The company is NOT under investigation. The DOJ is looking for whoever illegally exported the scopes to The Netherlands, Hong Kong, and Canada in violation of the International Traffic in Arms Regulations. ATN scopes were found in shipments to those countries.

ICE has repeatedly intercepted illegal shipments of the scope, which is controlled under the International Traffic in Arms Regulation (ITAR), according to the government court filing…

…”This pattern of unlawful, attempted exports of this rifle scope in combination with the manner in which the ATN Obsidian 4 application is paired with this scope manufactured by Company A supports the conclusion that the information requested herein will assist the government in identifying networks engaged in the unlawful export of this rifle scope through identifying end users located in countries to which export of this item is restricted.”

It was also alleged that the Taliban managed to get their hands on the ATN ThOR-HD, which is a thermal vision scope, according to the Terrorism Research & Analysis Consortium. Thermal vision picks up the heat radiating from a body. The ATN Thor-HD was designed for hunters, not military use. Obsidian 4 is also compatible with the #XSight4K, #ThOR4, #BinoX4K, and #BinoX4T and can be used for both Android and Apple’s iOS phones.

“ATN has not been contacted by the Department of Justice, Apple, or Google. ATN will protect its customers and their identifying data to the absolute extent possible under U.S. law.  And, it will not provide any information regarding the identity of our customers to any third party unless specifically required by law.” ATN

If the court signs off on the order, Apple and Google will be told to hand over all the information they have about people who downloaded the app since August of 2017. That includes telephone numbers, IP addresses, where and when the user used the app to determine the location of the user.

The request is undeniably broad and would likely include all users of the app within America, not just users abroad who might indicate illegal shipments of the gun appendage. Tor Ekeland, a privacy-focused lawyer, said it amounted to a “fishing expedition.” (The DOJ hadn’t responded to a request for comment at the time of publication.)

“The danger is the government will go on this fishing expedition, and they’ll see information unrelated to what they weren’t looking for and go after someone for something else,” Ekeland said. He said there’s a long history of that kind of behavior from the U.S. government. And he warned that the government could apply this demand to other types of app, such as dating or health apps.

“There’s a more profound issue here with the government able to vacuum up a vast amount of data on people they have no reason to suspect have committed any crime. They don’t have any probable cause to investigate, but they’re getting access to data on them,” Ekeland added.

It’s an unprecedented data grab by the government. The court should not sign the order, and the companies should decline to comply with it. The government has overstepped its bounds in the hunt for users of the Obsidian 4 app. Especially after all the revelations about the DOJ and FBI abused the FISA process in their witch hunt of President Trump, does anyone really want to give the DOJ unfettered access to any information about mostly law-abiding Americans?