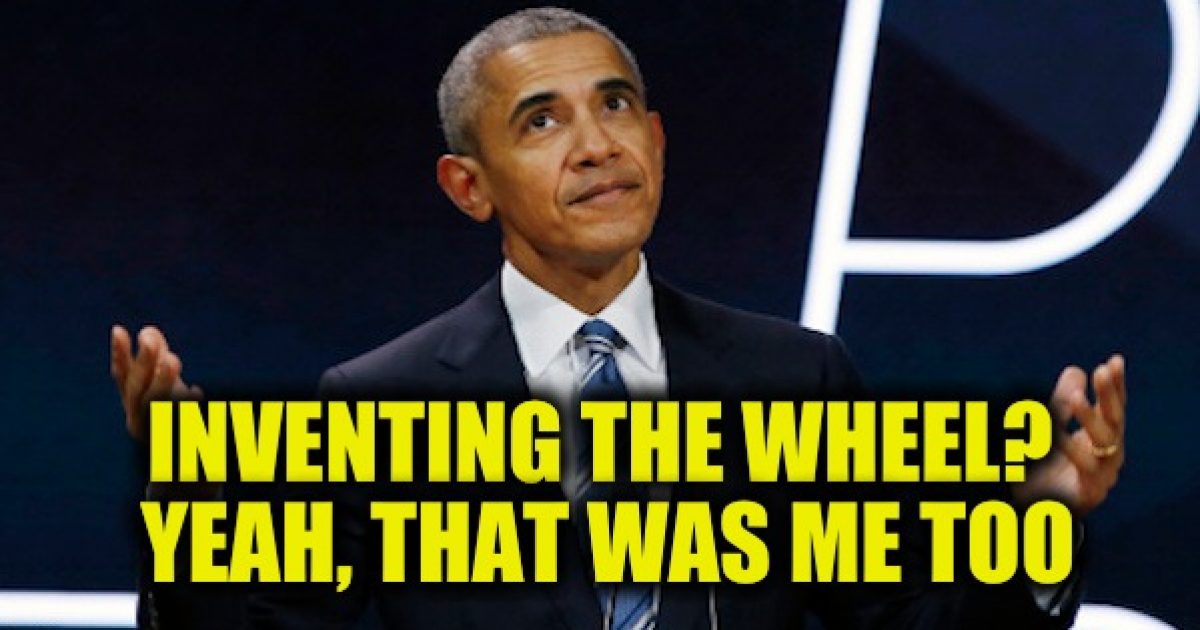 Once again former President Obama taking credit for someone else’s work. This time he’s not taking credit for President Trump’s economic work, but for the incredible growth of the American energy sector. However, someone who knows, former Shell Oil President John Hofmeister pressed the B.S. button on the Obama claim.

On Tuesday Obama told the audience at a gala for Rice University’s Baker Institute that he deserved credit for the current oil-and-gas boom:

“You wouldn’t always know it, but it went up every year I was president,” the former president said to applause. “That whole — suddenly America’s like the biggest oil producer and the biggest gas — that was me, people.”

The truth is that the oil and gas growth happened despite Obama. Two weeks after he became President Obama’s Secretary of the Interior  Ken Salazar canceled 77 Utah oil and gas leases that had gone through seven years of studies, negotiations and land-use planning. In an instant, he eliminated hundreds of jobs, terminated access to significant oil and gas deposits, and deprived taxpayers of millions in land lease rent, royalty and tax revenues.

That cancellation set the tone for the next eight years, as explained by John Hofmeister, a former oil executive.

Two days after Obama made his claim former Shell Oil Company President John Hofmeister appeared on Fox & Friends and said Obama is correct that oil production increased throughout his two terms, but “he had nothing to do with it (see video below).”

“This was production in states like Texas, Oklahoma, Pennsylvania, Ohio, Colorado, North Dakota, in particular. And these were all state decisions made with industry applications for permits. The federal government had no role,”

Hofmeister then reminded the audience that Obama took federal lands off of the availability list and:

He shut down the Gulf Of Mexico for a period of six months, changed the regulations from an average of 60 to 80 pages per permit to 600 -800 Pages per permit. He also never approved the Keystone XL pipeline after dangling potential customers for eight years. Then in the eighth year, he said no Keystone pipeline. I would not say he was a leader in energy

(…) He was mostly in the way when it came to any carbon-based fuel. When it came to the actual facts of the matter, because there were areas beyond his jurisdiction, things got done.

In other words, he couldn’t touch the state-based production, and they kept on drilling and fracking despite Obama.

The industry and the states working together did a remarkable job, which continues to this day under Trump. And so, he [Obama] can take credit for all he wants, but whether people believe him not it depends on how much history do you really know versus how much history you want to reinvent.

We all know that Barack Obama was a lousy president, but he is great at reinventing history.

The video of Hofmeister’s appearance below.