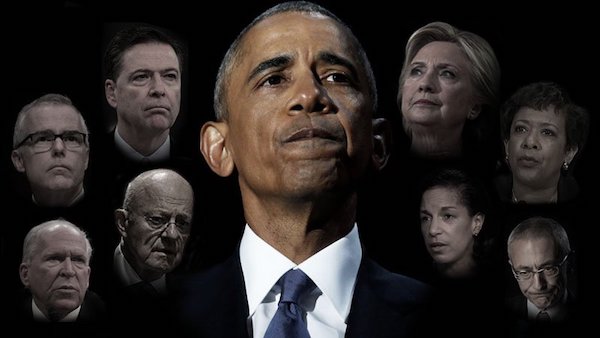 The investigation is being conducted by U.S. Attorney John Durham, who has previously scrutinized intelligence community issues under both Republican and Democrat administrations.

The focus allegedly involves the intelligence community’s conclusion Russia had not just tried to create chaos in the 2016 election, but that they were all in for President Trump to defeat Hillary Clinton.

Durham, according to the Times, may believe Brennan “was nefariously trying to keep other agencies from seeing the full picture lest they interfere with that goal,” a goal to prove that Russia’s interference was designed to benefit Trump.

Durham's line of questioning appears aimed at understanding how US intelligence analysts reached their conclusions and whether the CIA played a role in fueling suspicions at the FBI about Trump and Russia https://t.co/BcEDW0aZda

Also of interest in the New York Times report is a revelation that different intelligence agency officials were warring over access to emails hacked by the Russian government. Emails, including Obama’s.

“Officials also differed over access to unclassified emails of American officials that the Russian government had previously hacked,” they write.

“A foreign ally’s intelligence service had obtained its own copy of the stolen messages,” which “included emails from President Barack Obama as well as members of Congress.”

Multiple foreign governments hacked Barack Obama’s email while he was president, which could explain why James Comey was so eager to make the investigation of Hillary Clinton’s illegal private email scheme go away. https://t.co/lle1t2u08b

For quite some time, the fact that Obama and his administration did very little to stop Russian interference in the election was based on the thought that they assumed Hillary was going to win regardless.

What if, and this is just speculation, they actually thought she was going to lose and instead went into crisis mode trying to create the narrative that would later emerge? An ‘insurance policy’ of sorts.

Remember, it was Obama’s former National Security Advisor Susan Rice, according to a 2018 book, who reportedly issued a ‘stand-down’ order to officials developing plans to respond to Russian election meddling attempts in 2016.

According to Russian Roulette: The Inside Story of Putin’s War on America and the Election of Donald Trump, Rice gave officials at the National Security Council (NSC) who were trying to punish Russia strict orders to “stand down” and “knock it off.”

Mother Jones reports, “It was a debate that would culminate that summer with a dramatic directive from President Barack Obama’s national security adviser to the NSC staffers developing aggressive proposals to strike back against the Russians: ‘Stand down.’”

Texas congressman John Ratcliffe, at a House Judiciary Committee meeting in December, responded to a challenge to defend foreign interference in our elections simply by pointing out it was Obama who did so first.

“Have you that quickly forgotten how the Trump/Russia investigation proceeded?” he continued. “The Obama administration asked Great Britain and Italy and Australia and other countries to assist in its investigation of a person who was a political opponent from the opposite party.”

Could they also have been involved in “hiding evidence or manipulating analysis” to paint a particular narrative about President Trump and Russia?

Officials from the FBI and NSA say no, and have told Durham that his interpretation of the handling of information across agencies “is wrong and based on a misunderstanding of how the intelligence community functions.”