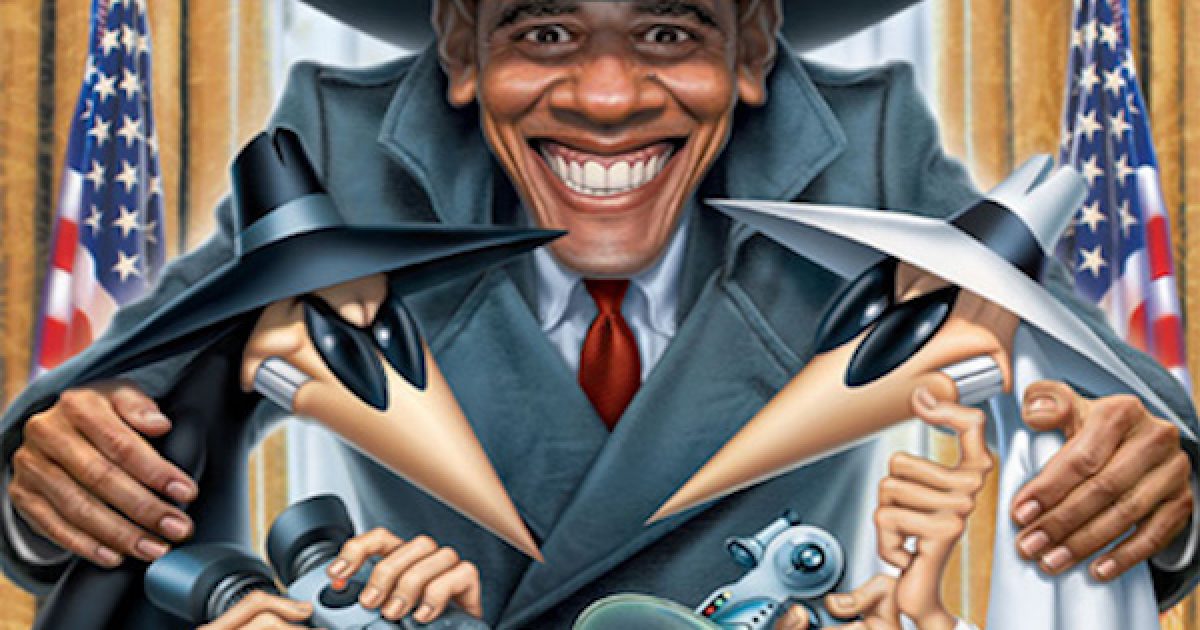 At this point, a year into special counsel Robert Mueller’s fruitless investigation, and almost two years into other government agencies investigating various branches of Trump world, we know only one thing for sure. The leaders of Obama’s intelligence community were oddly, and possibly criminally, infatuated with Donald Trump and his subordinates.

From the beginning, President Trump (then candidate Trump) has argued that the government had been spying on him. A notion that was roundly mocked, derided and laughed off. Until we learned that Trump was right, he was being spied on. In fact, it seems that every new bit of information that we learn about what is happening in D.C. comes to us first from Trump and then in snips, pieces, and usually lies, from the intelligence community.

James Clapper, James Comey, John Brennan, and Andrew McCabe have all been caught, at various times over the last 2 years, lying to Congress and lying to the American people. Yet, we’re still supposed to believe these people when they tell us that they’re not the bad guys?

What’s even worse? That none of the linked stories above are the ONLY time any of these men lied under oath or on national TV. I could have picked other instances for each man!

The most recent lie to be exposed comes to us from former CIA chief John Brennan (the same man who has admitted to having been a communist), who was one of Obama’s most loyal soldiers and has been a fierce critic of President Trump. In fact, Brennan seems to be the man behind the Donald Trump witch hunt, continually pushing his colleagues to investigate Trump based on shoddy evidence and obviously trumped-up political mud. (Namely, the Steele Dossier.)

In his May 2017 testimony before the intelligence panel, Brennan emphatically denied the dossier factored into the intelligence community’s publicly released conclusion last year that Russia meddled in the 2016 election “to help Trump’s chances of victory.”

Brennan also swore that he did not know who commissioned the anti-Trump research document (excerpt here), even though senior national security and counterintelligence officials at the Justice Department and FBI knew the previous year that the dossier was funded by the Hillary Clinton campaign.

Last week, Nunes (R-Calif.) released a declassified memo exposing surveillance “abuses” by the Obama DOJ and FBI in their investigation of Trump’s ties to Russia. It said the agencies relied heavily on the uncorroborated dossier to take out a warrant to secretly surveil a Trump adviser in the heat of the 2016 presidential election, even though they were aware the underlying “intelligence” supporting the wiretap order was political opposition research funded by Clinton allies — a material fact they concealed from FISA court judges in four separate applications.

Brennan later swore the dossier did not “in any way” factor into the CIA’s assessment that Russia interfered in the election to help Trump. However, congressional investigators suggest a still-classified version of the January 2017 intelligence report contradicts his claim. Also in his May 2017 testimony, Brennan swore he had no idea who commissioned the dossier.

CIA veterans say Brennan was the most politicized director in the agency’s history and was responsible for much of the anti-Trump bias from the intelligence community during the campaign and transition period.

Former CIA field operations officer Gene Coyle, a 30-year agency veteran who served under Brennan, said he was “known as the greatest sycophant in the history of the CIA, and a supporter of Hillary Clinton before the election.”

“I find it hard to put any real credence in anything that the man says,” he added.

But a recent investigation into Brennan’s claims takes issue with his comments:

Former CIA Director John Brennan’s insistence that the salacious and unverified Steele dossier was not part of the official Intelligence Community Assessment on Russian interference in the 2016 election is being contradicted by two top former officials.

Recently retired National Security Agency Director Michael Rogers stated in a classified letter to Congress that the Clinton campaign-funded memos did factor into the ICA. And James Clapper, Director of National Intelligence under President Obama, conceded in a recent CNN interview that the assessment was based on “some of the substantive content of the dossier.” Without elaborating, he maintained that “we were able to corroborate” certain allegations.

These accounts are at odds with Brennan’s May 2017 testimony before the House Intelligence Committee that the Steele dossier  was “not in any way used as the basis for the intelligence community’s assessment” that Russia interfered in the election to help elect Donald Trump. Brennan has repeated this claim numerous times, including in February on “Meet the Press.”

So the head of the CIA says the Steele Dossier didn’t play any role in deciding to investigate Trump, but the leaders of the NSA and the DNI both say it was indeed part of the calculus. Who’s lying?

Mollie Hemingway: We have a problem with multiple heads of intelligence agencies, and that does include Brennan, who has a history of lying, specifically about spying on American citizens.

So, it’s difficult to hold him – take him seriously.

But we’ve also had problems with falsehoods being told by James Clapper, who gave inconsistent testimony about his leaking to the media.

And we have also had problems with James Comey himself, whether he understands what a leak is and how he has been involved in it.

But one of the things that’s interesting is Clapper and Comey have been so much a part of this story, and we’ve seen their names a great deal. But Brennan has been able to kind of stay out of the limelight until recently where people are starting to piece together just how integral he was to the entire Russia narrative.

So, for instance, he actually launched the investigation. He has bragged about how he was involved in starting the inquiry.

He also was really crucial in briefing Harry Reid, which Harry Reid has said he understood that he was being briefed by Brennan specifically so he would leak that information and get it out to the media and also pressure James Comey.

And then, these other things that are interesting that are coming out now about how he claimed that the dossier wasn’t used, which made no sense already because we know the dossier was used to secure a wiretap against someone in the Russia investigation.

And also, it just stands to reason that it would have been included, but now we actually have people who do have a little bit more integrity, notably Mike Rogers saying that, of course, it was used in the intelligence community assessment.

Tucker Carlson: It’s becoming clear that a lot of the secrecy surrounding these activities is designed not to protect the United States from foreign threats, but to protect the misdeeds of the people gathering the intelligence. It’s CYA.

Mollie Hemingway: Yes. It does seem that that has become a big part of the operation. Whether people got in over their heads, whether they were led astray by Brennan and they did things that maybe they shouldn’t have done, it does seem that a lot of what we’ve seen in the last few months is about attempting to keep people from finding out the full extent of what was happening.

Today, “The New York Times” did a report based on just a widespread leaking from people who were involved in the investigation that, yes, people are now admitting they were spying on the Trump campaign in a fairly extensive fashion.

So, this is busting wide open, and I think people will start demanding a little bit more regarding just what the FBI and other intelligence agencies were thinking when they began spying on the political campaign of a major party.

The demands will get more intense once the report from John W. Huber is released.  Separate from the I.G. investigation which will determine if the DOJ/FBI probe into Hilary Clinton’s email, was appropriately completed, the scope of Humber’s inquiry whether or not the DOJ/FBI abused its authority as it began its investigation into the Trump campaign.