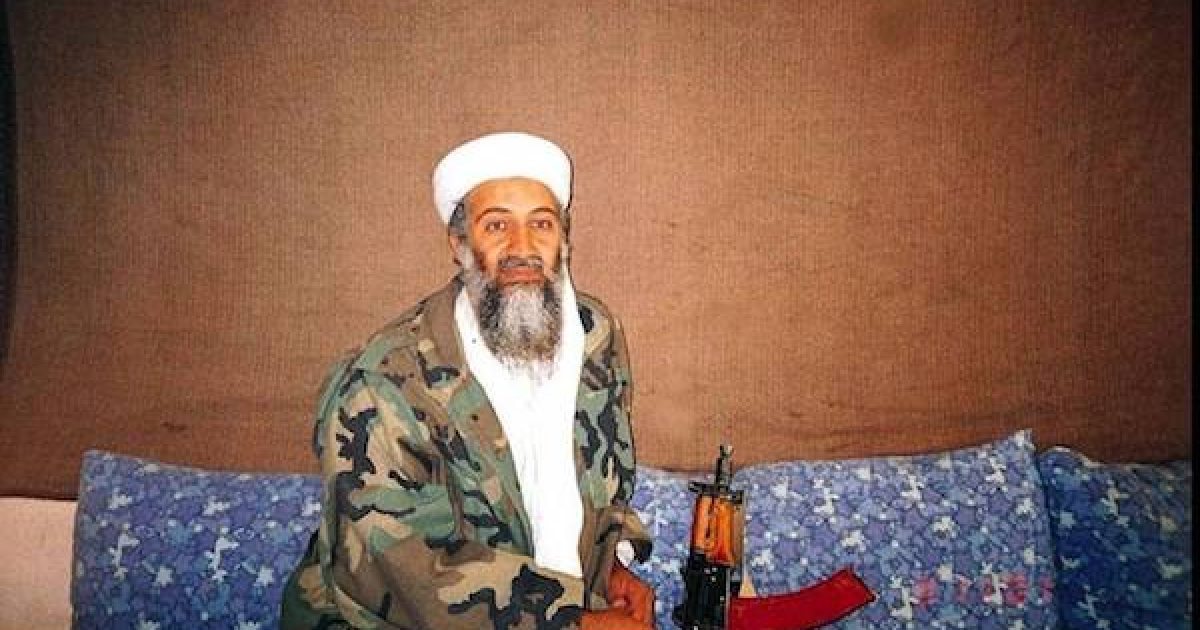 Bin Laden is dead, al Qaeda is on the run? Eh….not so much.  That was a lie invented by Barack Obama to secure his 2012 reelection as was the myth that Benghazi attack was caused by a lousy anti-Islam movie trailer on YouTube, and the ’80s called they want their foreign policy back.   Now thanks to Steve Hayes of the Weekly Standard we find out one more Obama national security subterfuge designed to make voters think he was a successful president deserving reelection and to save his legacy Iran deal. The reason why we never got to see those Bin Laden documents till now, was Obama kept them hidden because they hurt his “al Qaeda is on the run” pitch and they revealed an Iran/al Qaeda alliance.

“In a powerful and comprehensive piece in The Weekly Standard, editor Stephen Hayes delineates in detail how the Obama Administration hid almost half a million documents seized from the raid on Osama bin Laden’s compound in order to perpetuate the lie that Al Qaeda was defeated after bin Laden’s death, thus paving the way for Obama’s 2012 victory.

“Hayes begins his odyssey into the Obama Administration’s duplicity by noting that the day before Obama left the White House, Director of National Intelligence James Clapper had the Office of the Director of National Intelligence (ODNI) issue a press release claiming the administration had declassified enough documents seized in the raid to ‘close the book’ on bin Laden. The release was even titled, ‘Closing the Book on Bin Laden: Intelligence Community Releases Final Abbottabad Documents.’

Actually, Clapper only released enough documents to close a tiny pamphlet on Bin Laden. But that’s not what we were told right after the Bin Laden raid.

“Yet after the May 2, 2011 raid, Obama’s national security advisor, Tom Donilon, said the documents seized were extensive enough to fill a ‘small college library.’ As Hayes points out, ‘A senior military intelligence official who briefed reporters at the Pentagon on May 7, 2011, said: “As a result of the raid, we’ve acquired the single largest collection of senior terrorist materials ever.”‘

“Hayes writes, ‘Why would ODNI think it could get away with such an aggressive lie? … In this context, ODNI’s bet wasn’t a crazy one. No one outside of a small group of terrorism researchers and intelligence professionals had paid much attention to the fate of the bin Laden documents. The likelihood that these ODNI claims would get much scrutiny in the middle of the frenzy that accompanies a presidential transition was low.’”

The reason why ODNI worked to protect their bold and unwieldy falsification was simple:  It provided Barack Obama with a much better shot at reelection.

And after the election, keeping them hidden provided Obama with a much better chance at completing his legacy deal, the lousy Iran JCPOA. As the documents display close ties between Iran and al Qaeda. For example:

A never-before-seen 19-page document purportedly written by a senior member of al-Qaeda details an arrangement between Iran and members of the group to strike American interests in “Saudi Arabia and the Gulf.”

(…) Iranian connections to Hizballah and Palestinian militant groups, such as Hamas and Palestinian Islamic Jihad, are well-documented, but its ties to al-Qaeda have until now mostly been shrouded in secrecy.

Al Qaeda accepted this help warily, it is true, and the al Qaeda-Iran relationship is based on mutual interest rather than ideological or doctrinal affinity. But to ignore the secret agreement altogether—to set aside the years of collaboration and to elide bin Laden’s own description of Iran as the “main artery” for al Qaeda, all in order to downplay the threat such an alliance presents—is a textbook case of cherry-picking.

I would disagree, it’s a textbook case of the most transparent administration in history, being opaque.

“The newly released documents also include a video from the wedding of Hamza bin Laden, Osama’s son and a prominent al Qaeda voice today. The video shows Hamza bin Laden and several other notable senior al Qaeda figures celebrating his marriage at an unidentified mosque. With the shouting of a child in the background echoing off marble walls, the shaky video shows the younger bin Laden, dressed in a gold robe and a black and white keffiyeh, reciting his wedding vows in a quiet, serious tone. The video was shot in Iran.”

Despite all the revelations in the Weekly Standard piece, in the end, they’re not too surprising…just more evidence of Barack Obama misleading the American people to get what he wanted.

It is strongly recommended you read the entire Steve Hayes article, there are many more revelations and it is well worth your time.