He Adds Lie That No One Was Concerned About Election Fraud Until Two Days After The Election. 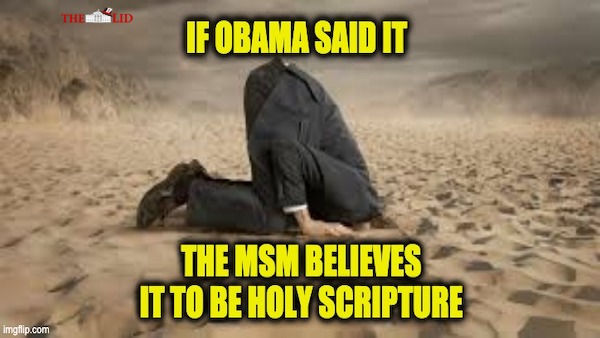 During an interview with “CBS Sunday Morning,” former President Barack Hussein Obama told Gayle King that it’s “disappointing” that so many people — particularly Republicans — are questioning the results of the 2020 election.

“If you are listening to some of the talk radio that Trump voters are listening to, if you’re watching Fox News, if you’re getting these tweets, those allegations are presented as facts. So you’ve got millions of people out there who think, ‘Oh yeah, there must be cheating because the president said so,’ ” he said, obviously ignorant of the fact that Fox News has basically jumped on the Biden bandwagon.

He also falsely claimed that no one was concerned about election fraud until two days after the election.

“They obviously didn’t think there was any fraud going on because they didn’t say anything about it for the first two days,” Obama told King. “But there’s damage to this because what happens is that the peaceful transfer of power, the notion that any of us who attain an elected office, whether it’s dogcatcher or president, are servants of the people. It’s a temporary job.”

The fact is, many were concerned the day of the election, and others were concerned long before the election (examples at the bottom of this post).  But facts mean nothing to Obama. And the media never questions his lies or other scandals.

Gayle King should have pointed out that Obama’s party never accepted the results of the 2016 election, so why should Trump and his supporters stop questioning the 2020 results before all the legal challenges are adjudicated?

No stories of voter fraud until two days after the election?  Well, Mr. ex-president who hates Jews, put these in your pipe and smoke them–ten posts just from The lid about voter fraud dating from before the 2020 election to a month before the 2016 election.

I’m sure that if one searched the same time period using their favorite search engine the examples would be in the thousands.

But don’t expect Gayle King or anyone else in the MSM to do that kind of search. The same media outlets who dispute Trump over everything he says including his joking comments would never call Obama on his divisiveness or lies–They worship him as a god. 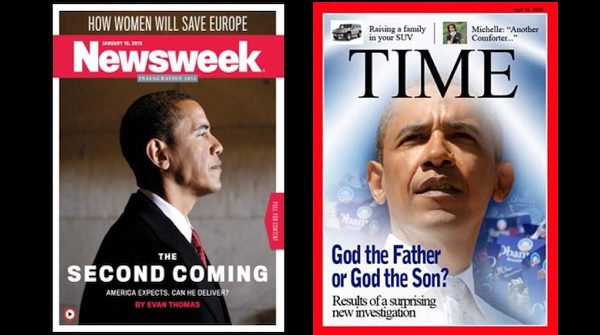