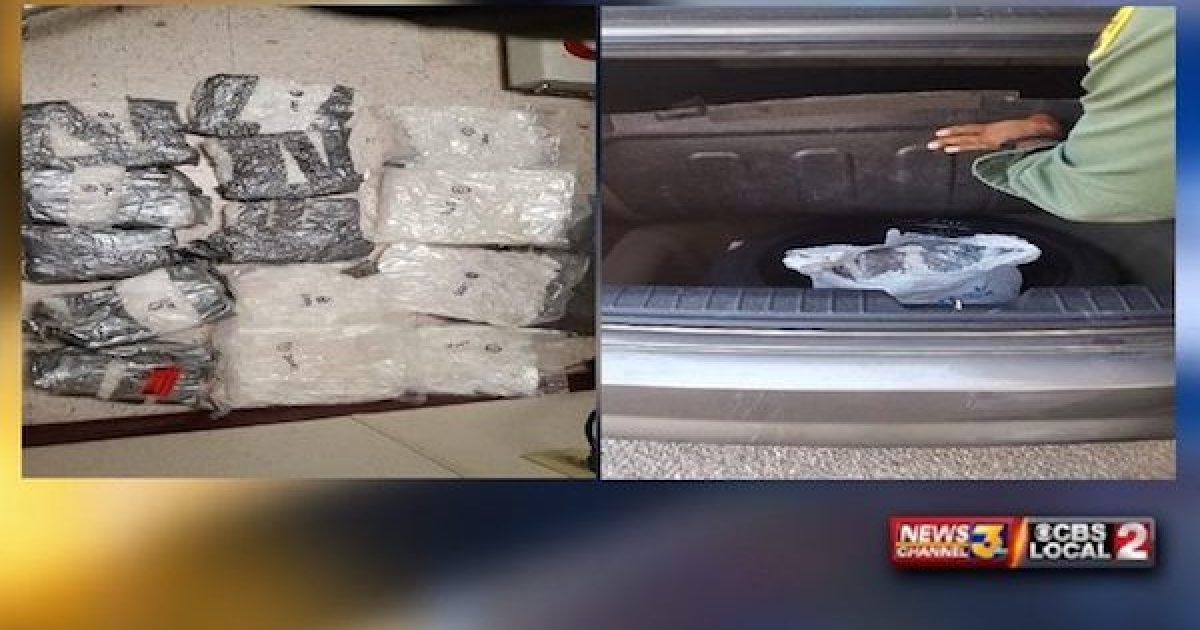 Another Barack Obama “DREAMER” has been arrested and charged with trying to smuggle 17 pounds of methamphetamine across the U.S./Mexico border and into this country, a report says.

After Jose Rafael Arreguin-Maguellal, 22, was arrested with the drugs at the border in Southern California, it was discovered he was also a DACA program recipient. This was Barack Obama’s Deferred Action for Childhood Arrivals, his signature program giving legal status to illegal aliens.

According to The Washington Times:

Border Patrol agents identified his car as he drove up to the checkpoint on Highway 86 south of the Salton Sea in southern California. Mr. Arreguin told the agents he was covered by DACA, or Deferred Action for Childhood Arrivals, then began stumbling over his words as they asked him where he was coming from.

At the same time, a drug-sniffing dog alerted on the car, a 2013 Kia Optima, the affidavit says.

After getting permission to search the car, agents found 14 packages wrapped in clear plastic inside a box in the trunk, totaling more than 17 pounds. The agents said the load tested positive as meth, and had a street value of nearly $35,000.

The paper goes on to note that Arreguin-Maguellal is just one more in a long string of DACA recipients caught in major crimes from drug trafficking to human trafficking and more.

President Trump has been struggling to put an end to the Obama plan giving lawbreaking illegals the cover of legal status.

Trump most recently tried to end the program with a filing in Texas in June. As ABC reported then:

In a motion filed late Friday, Justice Department lawyers told a judge in Texas that the program violates federal immigration law. Assuming, as expected, that the judge grants the request from DACA opponents and orders the government to stop enforcing DACA, the ruling would conflict with orders from two other federal courts that require continued enforcement of the program.

If faced with competing court orders, the Justice Department said it would then rush to the U.S. Supreme Court and tell the justices that the government would be in violation no matter what it did — keeping DACA going would violate the Texas order, while trying to shut it down would violate the other court orders.

Unfortunately, liberal courts all across the country continue to imagine they have the right to put a stop to presidential orders aimed at affecting previous presidential orders. So, despite the administration’s ending of the program, DACA recipients and activists for illegals continue to shop for pliant judges to vacate Trump’s legal actions.